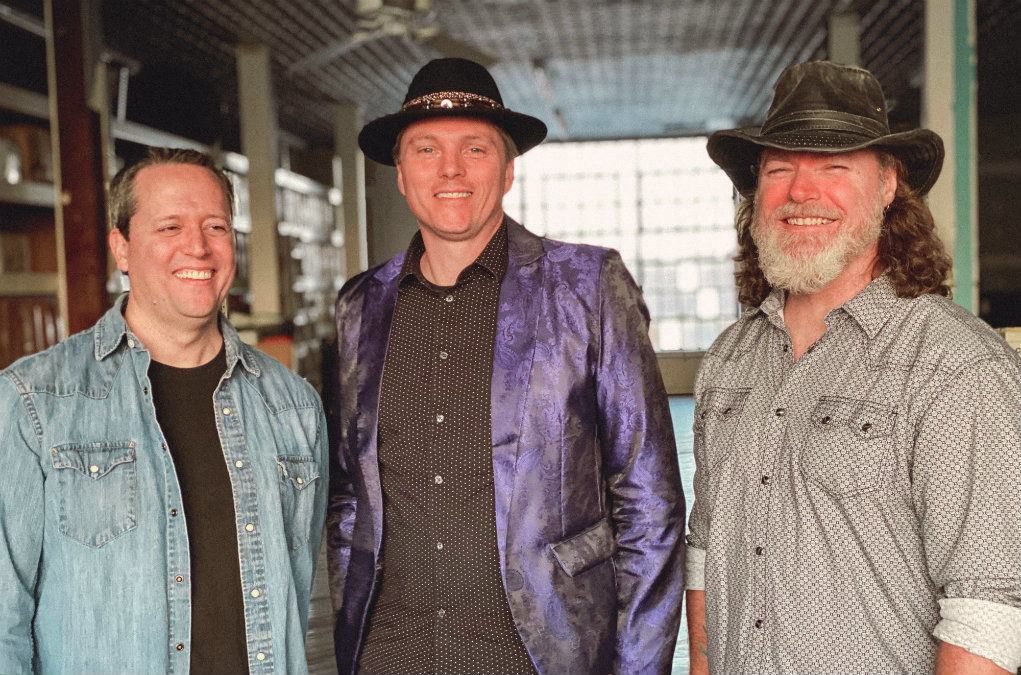 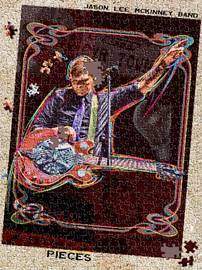 Award-winning songwriter. College music professor. Road warrior. One of the most active front men in modern-day roots music, Jason Lee McKinney has spent the past decade in an absolute whirl of activity, earning an international following along the way.

Pieces kicks off with “Normal Is Just An Exit.” This foot-stomper, fueled by some incendiary guitar licks, is the perfect launching pad for what turns out to be a great, genre-bending album.

From the early 70s radio vibe of “Good Old Soul,” to the modern funk slathered “Thicc,” McKinney and company grace our earholes again and again. The use of the of the contemporary vernacular on the latter song proves that even Americana music can reach out to the youth.

The title track, co-written by McKinney and his son Zion, caught our attention ‘fo ‘sho. Lyrically an anthem to new beginnings, the song is drenched in the slightly funky, jam band vibe that permeates the record, but also adds some nice Gospel harmonies. If one were to look up eclectic in the dictionary, one might find the Pieces album cover as a descriptor.

But our main focus is the final track on the album, “Blues in Bahrain,” and its accompanying video. Jason himself says it best, “The video for ‘Blues in Bahrain’ highlights a month-long tour of the Middle East the band did partnering with Armed Forces Entertainment. It was amazing getting to entertain the troops and see what their daily duties entail. Regardless of politics, it humbles you to see these young men and women and their bravery. At one base the commanding officer pointed out that the soldiers we just played for and were going to load up for a night patrol and would most likely be shot at. A year ago at that time many of them were going to their senior proms. Humbling. That tour covered 3 continents and 5 countries; more air hours than I could count. We got to experience a variety of cultures. Two things I learned- First, everywhere in the world mothers love their children, we aren’t that different. Second, at 6’3 with tattoos and pasty white I cannot ‘blend-in’ at the airport in the Middle East no matter how hard I try. Lastly, the song is just about missing home, everyone can relate to that.”

In the song, a Middle Eastern sounding guitar explodes into some rockin’ blues riffs with Jason’s powerhouse vocal spreading Memphis soul all over the mix. And just when you get comfortable with the vibe, the band turns it down…way down, into what can only be described as a hard ass slow drag with some seriously distorted guitar assaults. Try as you might, the sound of the Jason Lee McKinney band can’t be pigeon-holed.

A rock & roll intellectual who holds a Doctorate, an MBA, and a BA in Management, Jason Lee McKinney is smart enough to know when he’s creating his best work, and Pieces could very well be that work.

Pieces is set for release on all major outlets February 21, 2020 via Bonfire Music Group.