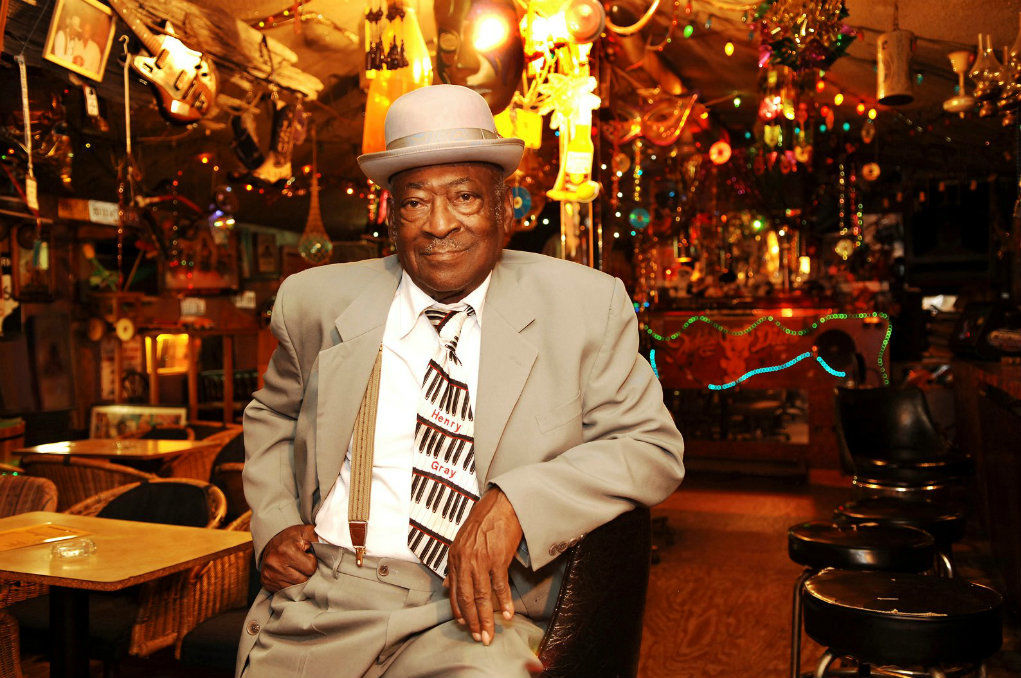 Louisiana blues singer and piano player Henry Gray died on Monday February 17, 2020 in hospice care. His death was confirmed via a post on his official Facebook page made by his great-grandson.

It is with great sadness that I formally announce that my Great Grandfather Henry Gray has transitioned. My family and I appreciate every prayer, every donation, every smile, and every word of encouragement that you have given throughout his more than 70 year career. I will post the funeral arrangements as soon as we make them. Thank you all.

Henry Gray was born in Kenner, Louisiana on January 19, 1925, but almost immediately moved with his parents to Alsen, Louisiana where he spent the majority of his childhood. He began studying the piano at the age of eight, taking lessons from a neighborhood woman. A few years later, he began playing piano and organ at the local Baptist church, and his family eventually acquired a piano for the house. By the time he was 16, he was playing in a local club.

After a stint in the Army during WWII, where he was stationed in the South Pacific, Gray returned to Alsen, but then relocated to Chicago in 1946. Once there, he spent a lot of time in the clubs, attracting the attention of fellow piano player Big Maceo Merriweather. Merriweather mentored Gray in the subtleties of Chicago blues piano, and Gray soon had gigs with local groups and became a much-demanded session musician accompanying Jimmy Reed, Bo Diddley, Billy Boy Arnold, and several others.

In 1956, Gray joined Howlin’ Wolf’s band and was Wolf’s main piano player for twelve years in performance and on recordings. Also during this time, Gray was a session player for numerous artists on recordings made by Chess Records.

Gray left Wolf’s band in 1968 and returned to Alsen to assist his mother with the family business, a fish market. There he became an important part of the region’s Swamp Blues scene. He also worked as a roofer for 15 years.

Some of his many honors included a National Heritage Fellowship Award, his Blues Hall of Fame induction, and 1998 GRAMMY nomination. He also performed for Mick Jagger’s 55th birthday in Paris by request of the Stones that same year.

He received the nickname “Lucky Man” by surviving several close calls during his life. Those included surviving World War II; playing with Elmore James on the night the latter died of a heart attack; a city bus crashing into his car in Chicago; his home being destroyed not once, but twice; a tornado in 1989; and the devastating floods of 2016.

Gray was a musician for over seven decades, performing all over America, Europe, and Japan. He appeared at the New Orleans Jazz & Heritage Festival 39 times and also made appearances at Montreux Jazz Festival, King Biscuit Blues Festival, and the Chicago and Baton Rouge blues festivals.

Even after surviving a collapsed lung and mild heart attack, Gary continued to play at the Time Out Lounge in Baton Rouge every Tuesday night for three years.

Gray entered hospice care in Baton Rouge October of last year, and remained there until his death yesterday.

“Rest In Peace dear Henry Gray. I was blessed to know you!” – Bob Corritore

“I’m sad to say we lost a great musician tonight. Mr. Henry “Piano” Gray has passed away at age 95. Henry was a mentor and friend with whom I traveled the world. I’ll always remember those good times we shared! RIP Henry! Your Friend,” – Chris Thomas King