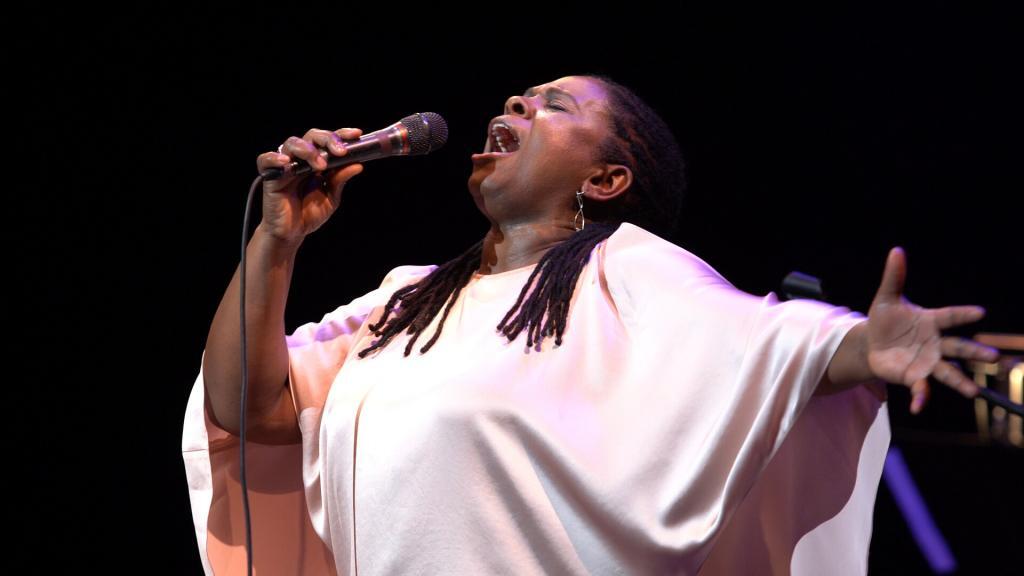 For her latest album Ruthie Foster decided she wanted to change things up, to step out, and on the night of Jan. 26, 2019 she did, right onto the 105-year-old stage of Austin’s grand-dame Paramount Theatre, where she fronted a guitarist, keyboardist, bassist and drummer, plus 10 horn players, three backing vocalists and one conductor. Oh, and one adorable daughter handling the introduction. The recorded result is Live at the Paramount, featuring Ms. Ruthie Foster and the Ruthie Foster Big Band. 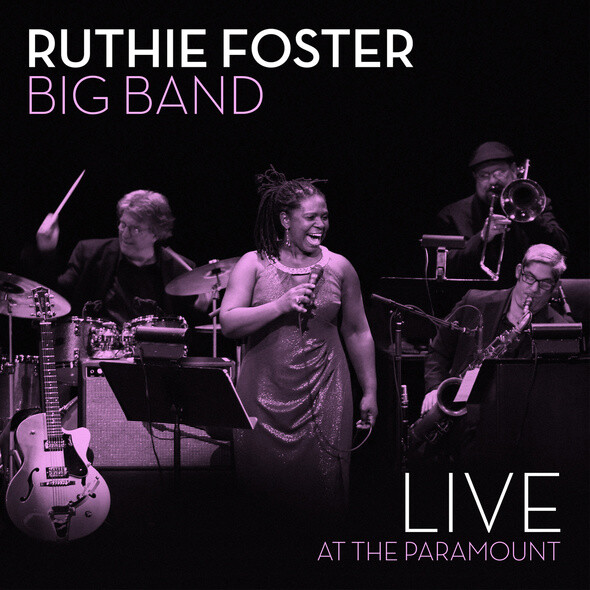 Yes, that does say big band. For nearly 25 years, Foster has moved us with her powerful blues, soul and gospel vocals and eloquent songwriting, which have earned her accolades including three consecutive Grammy© Award nominations, nine Blues Music Awards, and an induction into the Austin Music Awards’ Texas Music Hall of Fame, plus fans all over the world. But Foster, it turns out, has harbored a hankering to further explore this long dormant, and little-known, facet of her talent. So she decided her ninth album for the Houston-based Blue Corn Music label would swing back to the days (and nights) when Lady Ella sang Ellington and Sinatra blasted off with Count Basie and Quincy Jones.

Live at the Paramount will be released, as originally scheduled, on May 15, 2020. The entire performance was video recorded and will be available online.

As for this song, Foster says, “’Ring of Fire’ has always been more of a love story to me. I believe my version of this song is about a love that’s heated but profound.”

Foster has compiled a Spotify playlist of some of the original versions of the songs she performed on Live at the Paramount, both her own compositions and those of others.

Foster will be part of the Shut In & Sing live stream festival on StageIt featuring 150+ artists and, currently running through May 10. She’ll perform a 30-minute set as part of a blues night on May 7, 8-10 p.m. ET at the following link: StageIt.

Recently, upon the passing of John Prine, Ruthie videotaped a tribute in which she performs Prine’s “Angel From Montgomery.” The video is posted on Facebook. “John Prine was one of the most introspective songwriters of our time,” Foster said. “I was introduced to his songs while on Navy leave in a small club in Charleston, SC. many years ago. Songs like ‘Dear Abby’ and ‘Sam Stone’ drew me in as a fan of great lyrics. But ‘Hello In There’ and ‘Angel From Montgomery’ stole my heart and became my favorites.He not only inspired me to be a songwriter, but to want to be a better songwriter. I’m still working on that…Rest In Peace John.”

Tour dates planned around the release of Live at the Paramount have been postponed in the wake of the COVID-19 crisis. However, Ruthie’s current tour schedule looks like this: