Zakiya Hooker – Beyond the Legacy 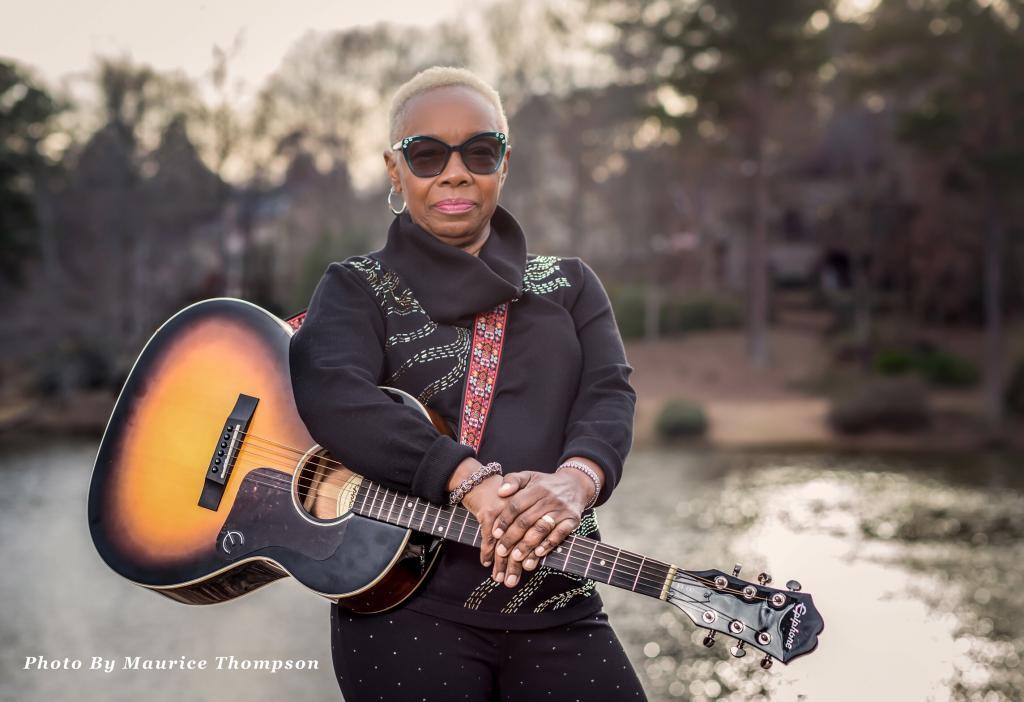 Zakiya Hooker is a literal heir to one of the most uniquely American musical traditions – the blues – and to one of its most distinctive and acclaimed innovators, her father John Lee Hooker. Given the reverence that his name commands, Zakiya could likely have made a career out of nostalgia, doing her best impression of the haunting, minimalist blues boogie that was his signature sound. Instead, she pays tribute to his name as she establishes her own, going outside and beyond that style and genre and finding her voice as a writer, singer, and performer in the larger legacy of American music. 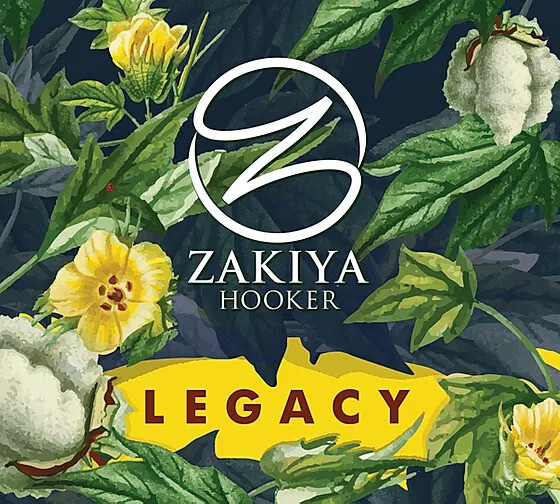 Zakiya Hooker was born and raised in Detroit. She left a horrible relationship in the Motor City fleeing to California to be near her father. A struggling, single mother of 3 sons, she found work outside music (two years with the Oakland, California Police Department, five years with Kaiser and then 28 years with the Superior Court of California), and it served her well. But Zakiya was born into the blues, and with it all the fruits that it has borne. “It was quite a load to carry,” she says laughingly about being the daughter of a blues titan. Now her influences are vast, encompassing not only blues but soul, R&B, Gospel, country, jazz and early rock n roll. Even though she’s been a performer for most of her life, Zakiya now takes on the challenges of songwriter as well, succeeding in grand style with her brand new album, Legacy.

“Let me tell you about my first guitar,” Zakiya begins our conversation. “We got our first little place in California, me and my three boys. My dad had traveled to Spain, and whenever he went on a trip he would always bring something back, ever since we were little and living in Detroit. This time he brought me a guitar. It was an Alvarez. A beautiful Spanish guitar. I had no idea what to do with it. My oldest son, who is now 52 was about 10 years old at the time. I carried it with me wherever I went. As a matter of fact, that guitar is always up in my bedroom. I never take it out anymore.”

Hooker is married to Ollan Christopher BKA Chris James, veteran R&B singer/songwriter and member of the The Natural Four in the 1970s. She credits him with helping her find her own musical voice. “He helped me through coaching, the gathering of musicians, and all that stuff. He’s got all this experience because he was with Curtis Mayfield for seven years. We started doing music but at first it was rather strained. I would do the songs but someone else was putting the music together for me. So about four years ago I decided I was going to learn to play guitar.

“I don’t have to be a virtuoso. My dad had set me down and showed me a few things, but I could never duplicate what he did. I mean, he was just one of a kind, the way he played. Anyway, I got me some DVDs and a book and I finally got comfortable enough with the chords that I could do the songs.

“I’d write the songs and play them back, and can I tell you they would sound horrible to me. I do it better now. I started writing my little songs. There’s nothing like teamwork. Ollan would come in, and he plays bass also so he would help me put the songs together. They all used to tease me saying I had my father’s rhythm, and if you know anything about my father you know he would play what was in his head and you had to follow him.”

Zakiya’s practice at guitar help develop her songwriting skills, and all 10 tracks on the Legacy album were written by her with the musical arrangements done by Christopher and co-producer Anthony Cook, who also provided bass and guitar on the album respectively. Legacy was recorded at John Lee Hooker’s Boom Boom Studio in Douglasville, Georgia, and is released on their family label, Boogie With The Hook Records. Since each song has a different feel, a small army of musicians were brought in to create the sound. Guitarists included Greg Crockett, Federico Bozas, Alvon Johnson, and Bobby Young. Other artists include Abiya Fubara (bass); Tovia Bradley, Eric Johnson, Kevin Williams, Marlon Green, and Emroh Kotan (drums); Walter Runge, Tyrone Johnson, and Fabricio Laborde (keyboards) and Nate Ginsberg on organ. 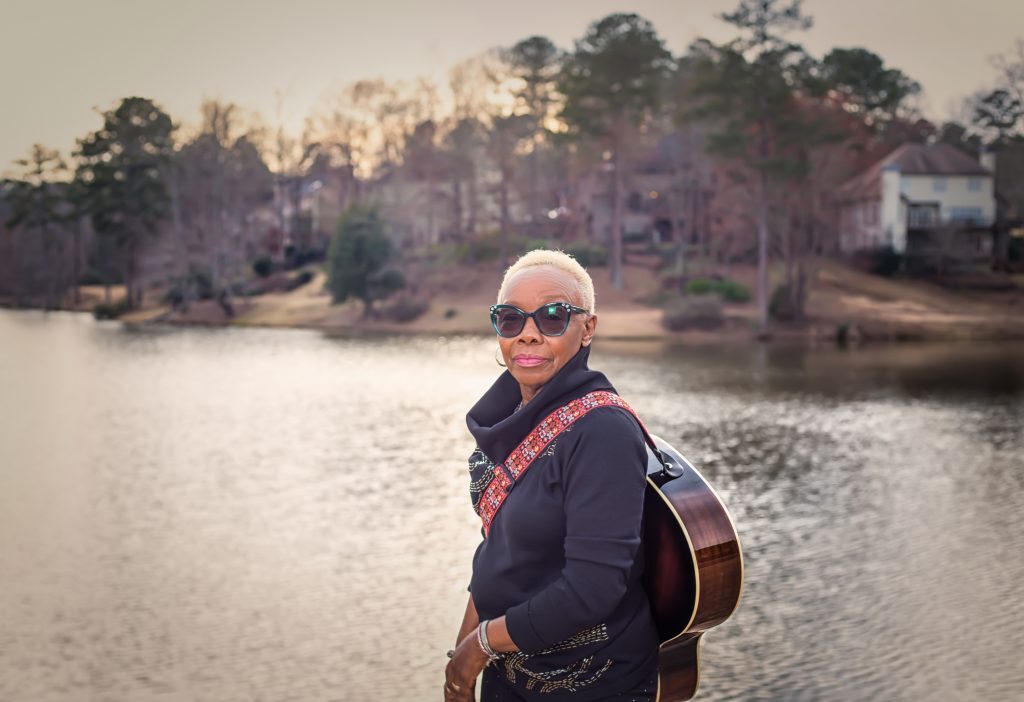 She wanted Legacy to sound the way it did in her head. “Legacy was my first venture into my songs,” she told me. “It’s very special to me. People expect me to do hard core blues, but I’m not a hard core blues person. There’s a couple of bluesy cuts, but you can feel a little country in there, and ‘Front Door to Hell (Reprise)’ has a rock feel. I just love music in general. Whatever I feel is what I write and I kind of cover the spectrum.”

One song, “Beautiful Eyes” caught my attention as I was listening to the tracks. It has a Gospel flavor to it so I asked about that song.

“Let me tell you about ‘Beautiful Eyes’,” Zakiya begins with an impish giggle. “I have a little shelter dog, her name is Mona Lisa. I found her on the internet. The picture came up and there she was looking at me. I said, ‘Ooh, that’s what I want’. We get to the kennel and I see her and she’s running from the other dogs, scared of everything, but what caught me were her eyes. You know how women strive to get that smokey look around their eyes? Well hers were natural. I’d tell her, ‘You have the most beautiful eyes. I’m gonna write a song, not about you, but about beautiful eyes’. That’s where the inspiration comes from. The organ that you hear is Nate Ginsberg, and the background vocals were my husband Ollan, Anthony Reed and Gilbert Baskerville. I can take that song, change the words and make it an actual Gospel song.

“I was writing the songs as I was learning guitar. The first song I wrote for this album was ‘Big Girl Panties’, and it took us about two and a half years to finish this, partly because the musicians came from all over. The guitar on ‘Love the Pain Away’ was Federico who is from Buenos Aires, Argentina. One one of the songs I’ve got Fabricio Laborde, and he’s from South America as well. On drums I’ve got Emroh from Pakistan, just a really diverse crew. On ‘Love to the Rescue’, on drums is Tovia Bradley who played drums for Johnny “Guitar” Watson. Ollan knows all these people so he reaches out and pulls them in.”

Legacy is truly as diverse as the songs Zakiya wrote, and the studio musicians Christopher gathered. “Hang on For a While,” may be the blusiest track on the album, complete with that signature 12-bar urban blues feel and harmonica. “One More Dance,” is a soulful, country ballad right down to the steel guitar. It should easily find its way onto the Nashville charts. “Front Door to Hell,” which kicks the album off has country meets Georgia soul feel to it as well, but wait, there’s more. Zakiya and company reprise the song on track 10 with a more rock vibe courtesy of guitarist Greg Crockett. The one connecting thread is the strong, clear voice of Zakiya herself, singing her own words on her own album.

“This album is dedicated to my dad,” Zakiya shared. “This is the first time I can honestly say I love every song on one of my albums. I delve into personal things in my life, and may put them into a song. I always say I’m not really a guitar player, and Ollan will tell me ‘Did you write these songs? Can you sit down and play these songs? You’re a guitar player’. The only thing I really regret is that I wish my dad could’ve gotten to see this. It would have done his heart good. The legacy my dad left me, and the inspiration he gave me to pick up that guitar and do my thing is what’s on this album. He always did his thing. He never followed the path. He was a trailblazer. Now I’m blazing my trail. I thank my dad for giving me the inspiration and the courage to step out there and do it.”

Legacy hits the streets today via Boogie With the Hook Records and can be purchased via the Zakiya Hooker website.