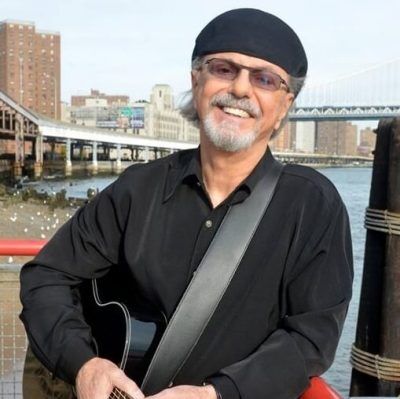 “We’re all in this together” has become the clarion call of the coronavirus. Dion’s Blues with Friends to be released June 5th is a jaw dropping example of this worldwide phenomenon. Not since 1985’s We Are The World has there been such an ecumenical superstar statement for global harmony. This new album two years in the making brings together in one hour-long CD a jaw dropping collection of great artists who cut through prejudices about race, class, musical genres, status, religion, and popularity to produce a CD that is wildly eclectic but at the same time focused in its presentation. 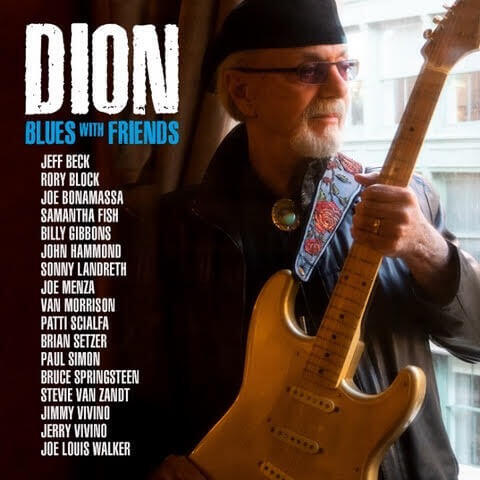 Not since John Lee Hooker’s career high water mark The Healer in 1989 with its many guests, has a blues-rock album more explicitly set the bar height for proving that blues is the inspiration for an entire palette as America’s corner stone for the vast library of pop music influences.

From Billy Gibbons to Paul Simon, Bruce Springsteen to Sonny Landreth, Jeff Beck to Brian Setzer, Van Morrison to Joe Bonamassa, Samantha Fish to Jimmy Vivino, Friends of Blues is a cross-generational gumbo of artists, all under the wing of Dion DiMucci, a legacy artist who himself for almost six decades has represented the vast spectrum on the American songbook from his doo wop hits of the 50s like “Runaround Sue” to his trio of 21st century blues albums Bronx in Blues  (2006). Son of Skip James (2007) and Tank Full of Blues (2012).

The 14-cut CD stands tall as a contemporary statement, but it works like an old-fashioned album in that it can be listened to in one continuous setting in spite of the plethora of guest stars. Think of it as you would binging through a 24-episide block of a Netflix series, 14 cuts all written or co-written by Dion. This is his album, and if it were a blindfold test you could almost believe the same artists are backing him on every cut, except you can feel each artist being inspired by the other. These are legacy personalities who are getting off on each other.

Bob Dylan wrote the liner notes: “Dion knows how to sing, and he knows just the right way to craft these songs, these blues songs. He’s got some friends here to help him out, some true luminaries. But in the end, it’s Dion by himself alone, and that masterful voice of his that will keep you returning to share these Blues songs with him.”

Six singles from the album will be released between April 24th and May 29th.

“Blues Comin’ On” with Joe Bonamassa on April 24th: Both Bonamassa and Dion have been creating ageless music since they were children. Here Bonamassa takes his familiar splaying runs, but it’s all about Dion. His baby is waiting for a train in the rain. “If I didn’t know better, I’d think the blues was comin’ on.”

“Hymn To Him” with Patti Scialfa & Bruce Springsteen on May 1st. Dion is a Christian who regularly talks to his father in heaven. With Springsteen and Patti at his side, he takes his religion to a higher level without ever preaching.

“Bam Bang Boom” (with Billy Gibbons) on May 8th: In the song she’s Caroline, but this is really about Dion’s wife Susan with whom he’s been married for more than half a century. “Little girl, you saved my soul. I was hoping you’d ease my broken mind.” What needs to be said about Billy Gibbons? Hard and on target as always.

“I Got Nothin’” with Van Morrison & Joe Louis Walker on May 15th: It’s hard to tell where Dion stops and Van begins. One of the most underrated guitarists in blues, Joe Louis Walker is exquisite. No grandstanding here. The music is the message, and the message is “I know I can love you, baby, more than any other Jack.”

“Song For Sam Cooke (Here In America)” with Paul Simon on May 29th: Dion, Paul Simon and Sam Cooke meet in neverland and their message rings as true today as when Dion walked with Sam Cooke in the early 60s: “You were the star standing in the light that won you nothing on the street at night.”

Listening to this album for me is like touring the Rock and Roll Hall of Fame. I feel like I’m living my life over again in a microcosm. It may have been full of troubles, but the epiphanies shine through.

The album is available for pre-order with 10% of all profits donated back to the Keeping The Blues Alive Foundation.