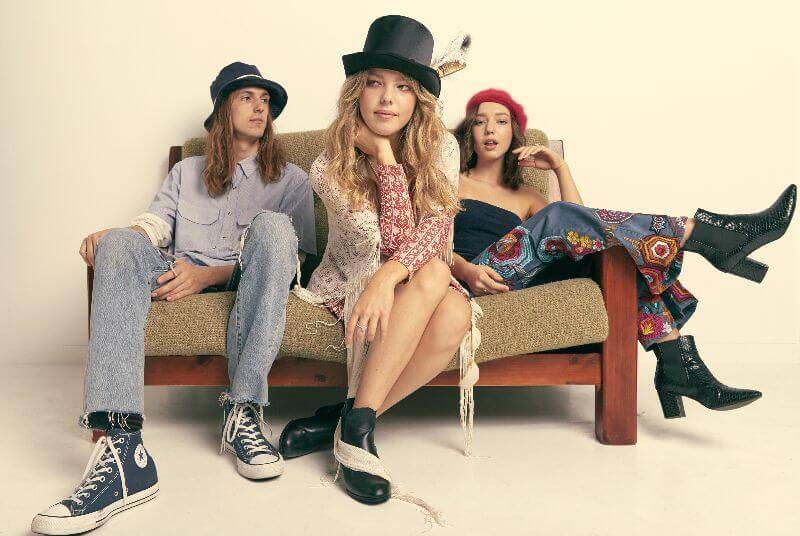 The new soul-stirring single comes nestled in an equally emotive animated video that showcases a haunting and impassioned side of the band’s pop Americana trademark which they call “hippie country.” Directed and animated by Michael Piwowarczyk and Erin McDermott, alumni of The California Institute of the Arts (a private visual and performing arts school founded by Walt Disney in 1961), the video’s stunning visuals evoke an emotional weight that highlights the melodic weather of the song… of misty Australian landscapes, frigid nights warmed by outback campfires, and those quiet moments of solace.

Following their worldwide debut with the fun and effervescent “Money” single and video, the emotionally vulnerable ballad “Breathe” hopes to help people connect and find hope in our current times. ” ‘Breathe’ is our musical prayer to the world,” explains The Buckleys singer Sarah. “I wrote this last year at the time when our country was experiencing horrific bushfires. It’s a message of strength, vulnerability, hurt, hope and moving forward. I find myself remembering these lyrics in moments where I just need to stop, close my eyes, listen to the sounds of the world around me and just breathe.”

The “Breathe” video follows their monumental and groundbreaking world virtual tour where the band became one of the first to capture a global audience and achieved a ‘virtual reach’ of more than 4 million. Presented by Live Nation, the world virtual tour was developed in conjunction with Live Nation and the band’s record label, Petrol Records, and US label UMe. Performing individually curated shows for specific regions of the U.S. (and later, the world) which were streamed through Live Nation and House of Blues’ local affiliates as well as the newly launched Live From Home platform, the rising hippie country siblings were able to recreate the personalized “live” experience during a time of social distancing.