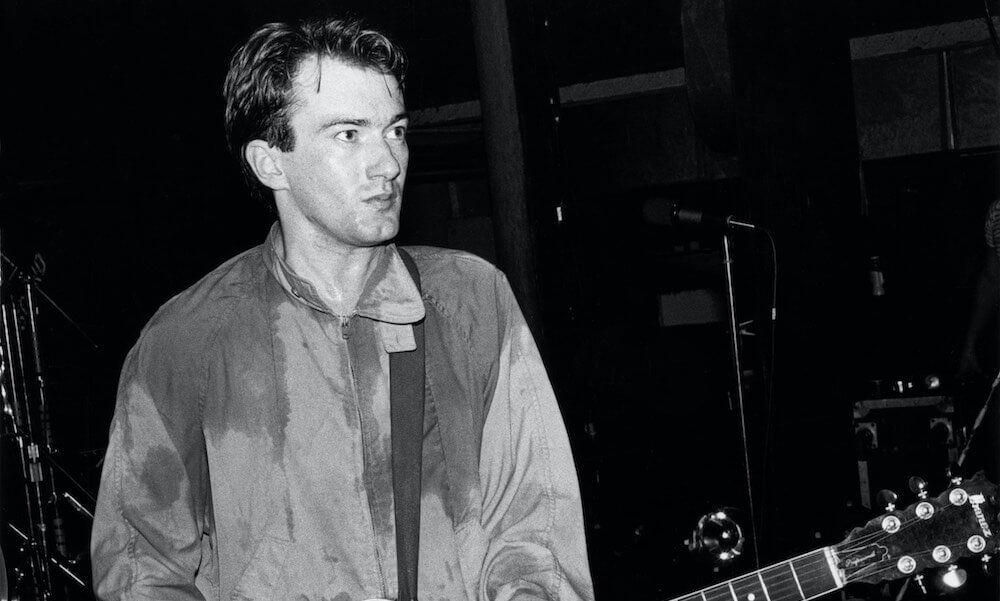 Gang Of Four have announced a new release, featuring the final recordings made by founding member/leading guitarist Andy Gill. The EP, Anti Hero, will be released on July 17, 2020. Artist Shepard Fairey, who created both the iconic Obama Hope and Tom Petty: An American Treasure posters, created a portrait of Andy Gill after he died. The album cover artwork for the EP is a modified version of the original.

Gang of Four has been a profound inspiration for me because the band demonstrates that great art can powerfully merge pleasure and intellectual provocation. I was devastated to hear of Andy Gill’s passing, but honoured to make a portrait of him in the hope of creating an iconic image of one of my heroes—with apologies to Andy, to me he was a hero—to serve as a reminder that though life may be fleeting, Andy’s potent art and ideas will endure.

Gill, who was a beloved member of the post-punk community, passed away in February of this year at the age of 64. In his final days, he contributed to Gang of Four’s new material from his hospital bed. Andy Gill’s wife Catherin Mayer said, “From the hospital, Andy continued to give final notes on mixes of music that he looked forward to releasing. Since his death, I have been working with the band to fulfill his vision. The only change we have made is to include on the EP two brief recordings of Andy speaking, both, in different ways, essence of Andy.”

Gang of Four frontman John “Gaoler” Sterry also spoke of the new material: “This collection of songs was recorded just before Andy died and it was his intention to get these out—to represent the way we played them on tour, late last year. All three songs were recorded in Andy’s home studio in London and there’s a fly-on-the-wall intimacy to this EP; from the song selection to the snippets of spoken word.”

Included on Anti Hero, along with “Forever Starts Now” and “Day Turns to Night,” are reworkings of the band’s “Glass” and “Change the Locks.” Anti Hero follows This Heaven Gives Me Migraines, another collection of posthumous Gill recordings. Proceeds from the EP benefit Guy’s and St Thomas NHS Foundation Trust, the English hospital network where Gill had been under care for a respiratory illness.

Listen to “Forever Starts Now” below — a brand new track written by Gill and Sterry. The original title, “Hero,” alludes to seeing oneself as a hero and the manipulation associated with upholding that fantasy. “She sings along with his song / She thinks it’s like having the radio on.”