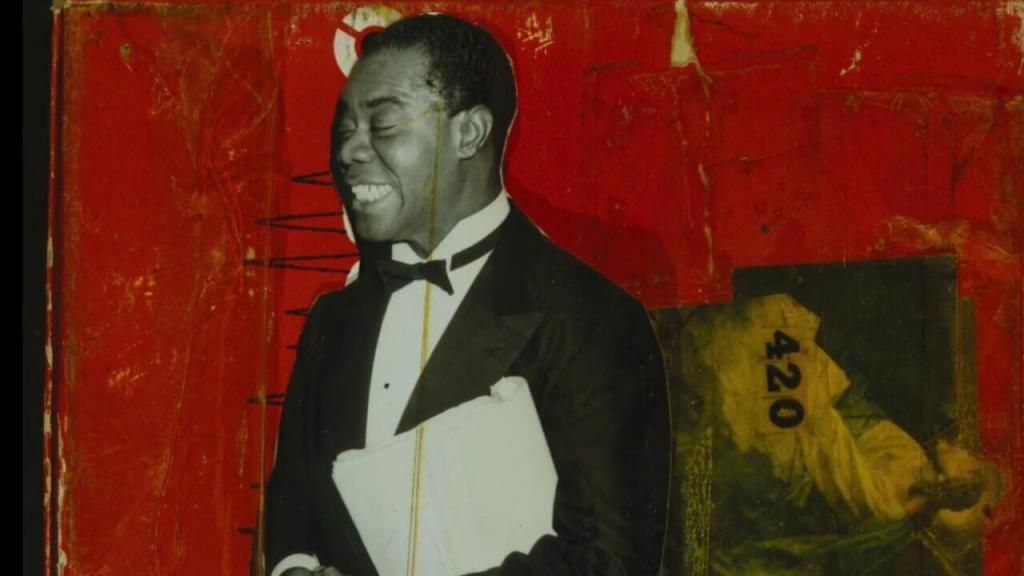 Today, the Louis Armstrong House Museum in Corona, Queens, NY announces jazz pianist and celebrated multimedia artist Jason Moran as guest curator of Here To Stay, a permanent exhibition at the Armstrong Center, a new state-of-the-art building located across the street from Armstrong’s historic house and set to open in 2021.

Moran is gleaning an exhibition that will showcase the musician’s life told through his rich archive, highlighting Armstrong’s relationships, his habits as a groundbreaking artist, and the love he shared for his wife Lucille. Here To Stay is also an exploration of the light and positivity Louis brought to the world. Throughout his life, Louis lived with purpose and set an example: one should aim to live thoroughly, sustain integrity, love openly, and protect the home. For the exhibition, Moran will work alongside Potion, the interactive design firm, and the multi-specialty creative studio, C+G Partners, as well as with LAHM’s Director of Research Collections Ricky Riccardi and Archivist Sarah Rose. 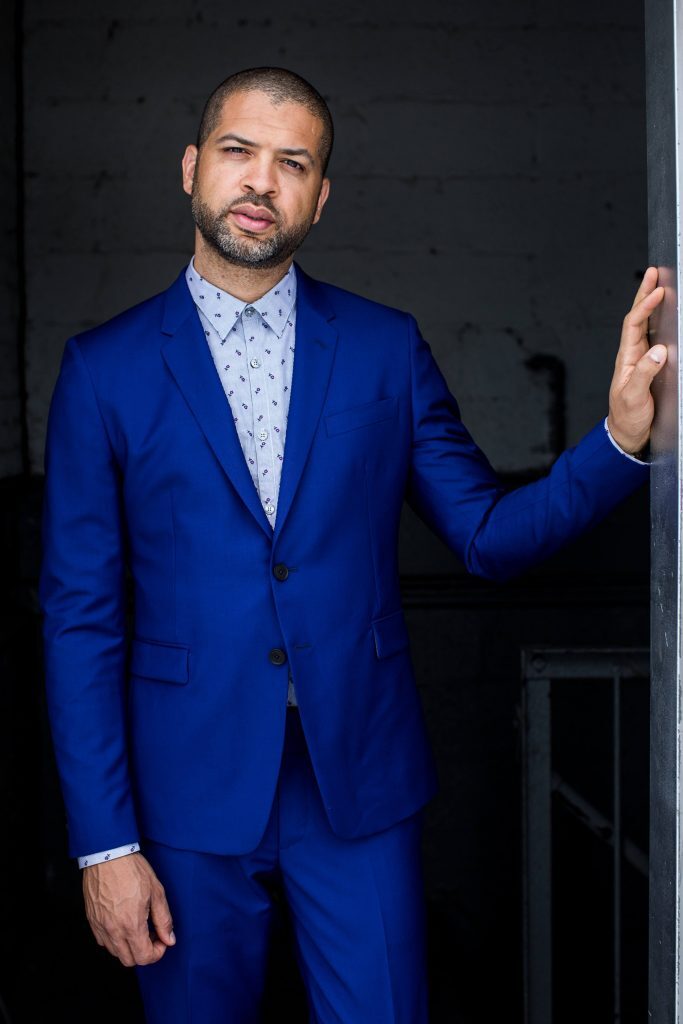 “I’m overjoyed to work with Armstrong’s prized archive and new museum,” says Moran. “This archive is one of the most important artist archives in all of history. The exhibition ‘Here To Stay’ examines Armstrong’s multifaceted cultural legacy as an innovator, archivist, and ambassador. He is the model for how an innovative musician can influence the present and save for the future. Pops is a game changer on and off of his trumpet, and we will all gather around the many ways his curiosity as a creative artist always found a path forward.”

More on the exhibition here.

The New York Times lauded Moran as “not only a pianist and composer but also a fluent traveler in the realm of contemporary art.” He’s had shows at the Venice Biennial, Walker Art Center (Minneapolis, MN), The Institute of Contemporary Art (Boston, MA) Wexner Center for the Arts (Columbus, OH) and most recently the Whitney Museum of American Art in New York, NY. His work explores the interconnectedness of jazz, history and physical space.

“We at Queens College are proud to have upheld the legacy of Louis Armstrong by preserving this monumental musician’s archives for 25 years,” says William Tramontano, Interim President of Queens College and LAHM Board Member. “By inviting the outstanding multi-disciplinary artist Jason Moran to curate the permanent exhibition, we are assuring that such legacy remains current and that it is situated within the broader history of jazz and African American artistry and history. I could not be more excited to see what Mr. Moran creates inspired by Armstrong’s music and love for his community.”

The Louis Armstrong House Museum will lead a number of new initiatives to promote the legacy of Louis Armstrong as one of the foremost artists in the 20th century. As a leading art and history institution dedicated to an African American musical icon, LAHM is posed to join the ever-growing constellation of Black thinking and making in the United States and the world today. The House and its archives have been visited by numerous luminaries over the years, including Wynton Marsalis, Quincy Jones, Aloe Blacc, Charlie Watts, Lionel Hampton, Albert Murray, Hillary Clinton, Dizzy Gillespie, Hugh Masekela, Steve Jordan, Alexandria Ocasio-Cortez, Jon Batiste, Ron Howard, Bette Midler, Van Morrison and more.

Jazz pianist, composer, and performance artist Jason Moran was born in Houston, TX in 1975 and earned a degree from the Manhattan School of Music. He was named a MacArthur Fellow in 2010, is the Artistic Director for Jazz at The Kennedy Center and teaches at the New England Conservatory. Moran is deeply invested in reassessing and complicating the relationship between music, history and place. His extensive efforts in composition, improvisation, and performance are all geared towards challenging the status quo while respecting the accomplishments of his mentors. Within his 18 year relationship with the iconic Blue Note Records, Moran created 9 critically acclaimed recordings. With his wife, Alicia Hall Moran, they currently own their independent label, Yes Records, and have released 8 titles in the past 4 years. He currently curates performances in the Veterans Room at The Park Avenue Armory.

Potion is an interactive design firm based in New York City. They specialize in transforming spaces with digital technology from mobile devices to room scale attractions and galleries. Potion has developed interactive experiences for the Rubin Museum, the American Jewish Historical Society, the National Constitution Center, the Art Institute of Chicago, and the Tenement Museum, among others.

Led by Director of Research Collections, Ricky Riccardi, and Archivist Sarah Rose, the Louis Armstrong House Research Collections constitutes the world’s largest archives for a single jazz musician. An acknowledged expert on Armstrong, Riccardi has published two biographies on the trumpeter, in addition to giving numerous lectures around the world. Archivist Rose has an MLS from Queens College and has helped to spearhead the Museum’s efforts to digitize its collections. The core of the Archive is the Louis Armstrong Collection made up of the artifacts and materials found in the Armstrong House after the passing of Louis and Lucille and donated to Queens College by the Louis Armstrong Educational Foundation in 1986. The Armstrong Collection includes 1,600 recordings, 650 home recorded reel-to-reel tapes in hand-decorated boxes, 86 scrapbooks, 5,000 photographs, 270 sets of band parts, 12 linear feet of papers, letters and manuscripts, five trumpets, 14 mouthpieces, 120 awards and plaques, and much more.

The Research Collections have been open to the public since 1994 and were accessible by appointment only at Queens College, where the Archives are housed. As of 2018, the Collections have been entirely digitized and accessible online from anywhere across the globe thanks to a grant from Robert F. Smith’s Fund II Foundation. The Digital Collections continues to be updated as new acquisitions are arranged, preserved, cataloged and digitized. The site can be viewed at LAHM.

The Louis Armstrong House Museum sustains and promotes the cultural, historical and humanitarian legacy of artist and innovator Louis Armstrong by preserving Armstrong’s home, providing access to the extensive archives, and developing programs for the public, which educate and inspire community members, curious visitors, artists of all kinds, fans, and future generations of Armstrong’s appreciators. What was once Louis and Lucille Armstrong’s private home—a New York City and National Historic Landmark—is now a museum open year-round. The expansion of the Corona Armstrong campus with a new cultural center is scheduled to be completed in 2021 and the renovation of the next-door home of Armstrong’s lifelong friend Selma Heraldo, will allow the Research Collections to move from Queens College back to Corona. The expanded campus will become a new, international destination celebrating Armstrong’s preeminence in African-Diaspora history and vitality, offering year-round exhibitions, performances, readings, lectures, and screenings through an array of public programs for all ages. The Museum is a cultural center of the Kupferberg Center for the Arts at Queens College.