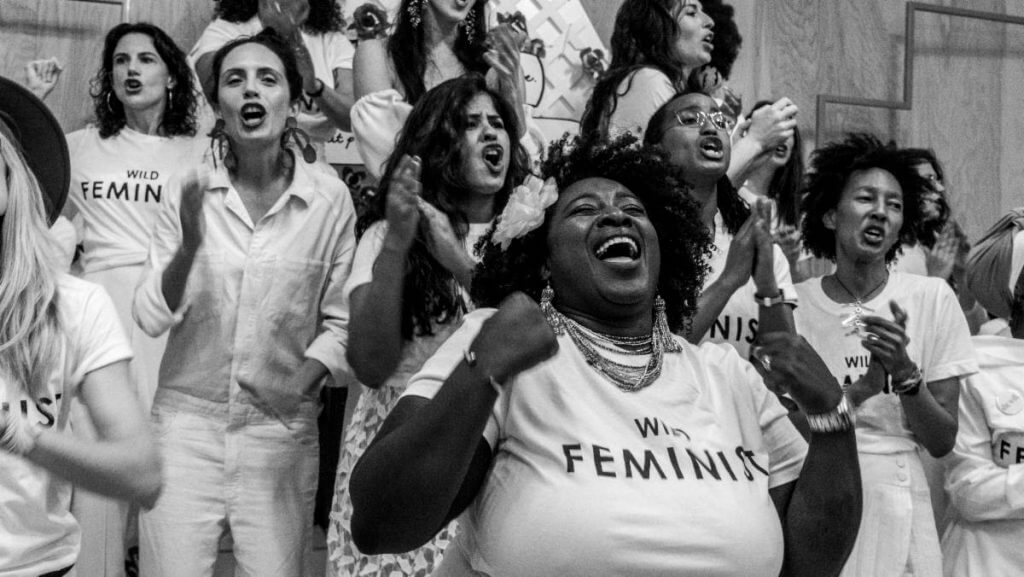 The Resistance Revival Chorus have released a video for their powerful recording of “Ella’s Song” in honor of Juneteenth and celebrating Ella Baker. The video includes footage and photographs of the recent protests that have taken place over George Floyd’s death. The video is a photo based treatment using photos from photographers in the chorus including Brooke Williams, Kisha Bari, Dina Rudeen and Ginny Suss. “Ella’s Song” will be available tomorrow as part of Bandcamp’s Juneteenth campaign, as well as the Righteous Babe Store. This recording will also be made available for streaming and download on all DSPs on July 2nd via Righteous Babe Records. The RRC will donate 100% of the proceeds for the year to the Movement For Black Lives. 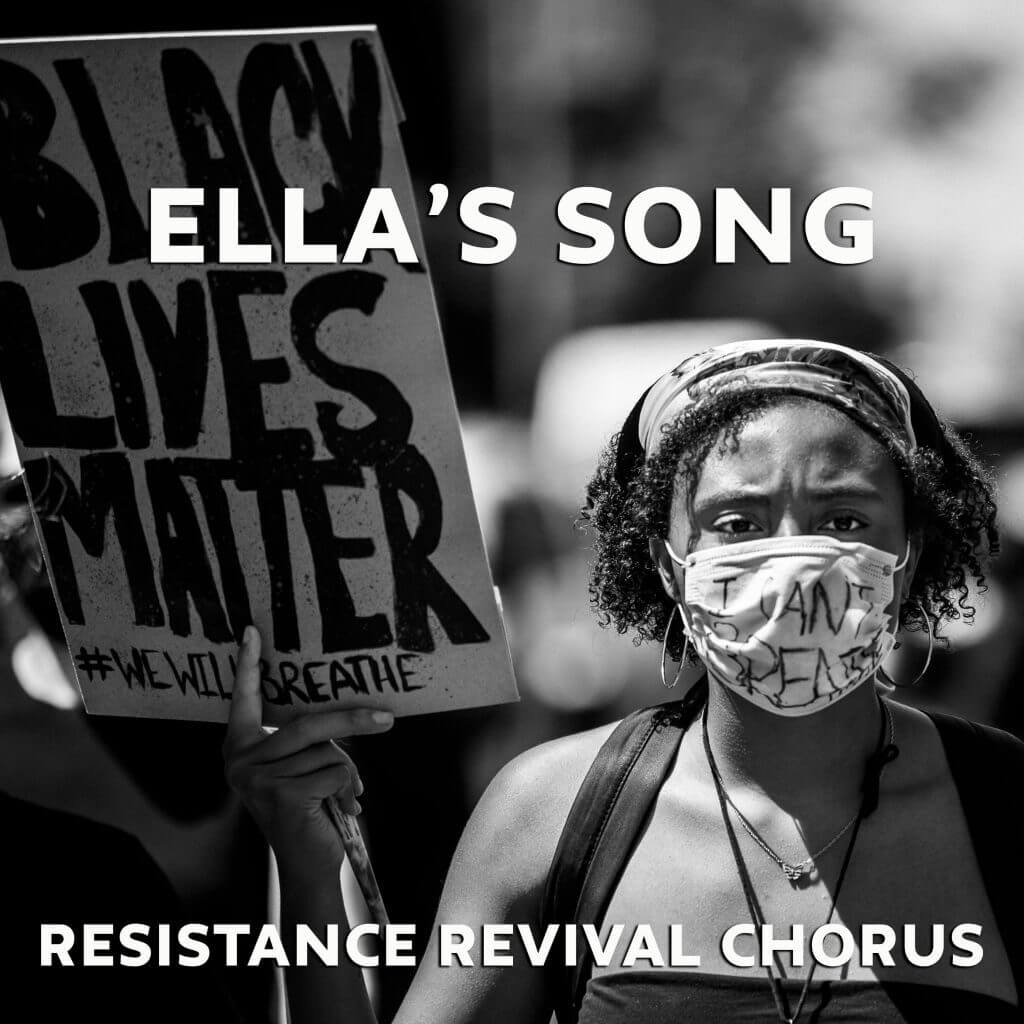 Says Abena Koomson-Davis of the importance of Ella’s Song in this moment, and in light of Juneteenth:

I first heard Sweet Honey in the Rock perform Ella’s Song as a teenager. I was galvanized by the power of collective singing to shift the focus of our hearts to justice, dignity, and oneness. The call and response has echoed in me ever since, and in many ways is the foundation of my work as a musician and educator. It demands that we honor Black lives, that we honor our children, that we honor womanhood, and remain steady in the fight for freedom.

I do not take the anchoring phrase “we who believe in freedom cannot rest until it comes” as a dismissal of self-care or some capitalist grind philosophy. It is not “I cannot rest,” It is “WE.” It is akin to the tradition of West African dance, drumming and song, where the “WE” generates continuous movement and music. While individuals and partners may take breaths between passages, our collective contributions keep the song of freedom playing. May WE boldly sound these efforts, ever toward LIBERATION.

The Resistance Revival Chorus is a collective of more than 60 women and non-binary singers, who join together to breathe joy and song into the resistance, and to uplift and center women’s voices, especially the voices of black women and women of color. Members are touring musicians, film and television actors, Broadway performers, solo recording artists, gospel singers, political activists, educators, filmmakers, artists, and more, representing a multitude of identities, professions, creative backgrounds, and activist causes.

The Resistance Revival Chorus was founded in the wake of the 2017 Women’s March and strives to center women in music and address how historically marginalized women have been in the music industry. When they’re not performing on stages like Carnegie Hall and the Apollo, the Resistance Revival Chorus regularly hits the NYC streets, advocating for social justice across the spectrum.

From standing in solidarity with the Movement for Black Lives and calling to defund the police, the Resistance Revival Chorus has been involved in many activist causes including reproductive rights, the anti-muslim ban, Climate Change, LGBTQIA+ rights at PRIDE and attending the March For Our Lives. The RRC brings music to the movement.

The Resistance Revival Chorus announced earlier this year that they would release a full length album, This Joy, to be released on Ani DiFranco’s Righteous Babe Records. The album features original compositions along with protest classics and was recorded in New York City with GRAMMY-nominated producer Tiffany Gouché. The album is 100% created by women and non-binary artists. Righteous Babe’s Ani DiFranco says of the Chorus: “The RRC is like an antidote to silence and submission. In this age of division and hopelessness, let us listen to their collective voice and get lifted. Let us remember who we really are.”