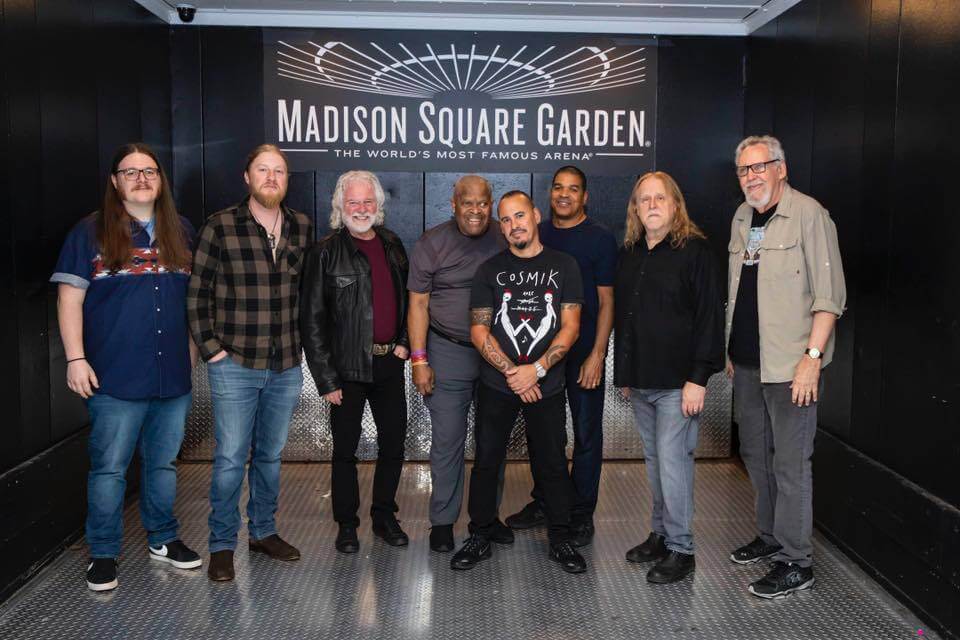 Surviving members of the ALLMAN BROTHERS BAND came together Tuesday, March 10 as THE BROTHERS for an acclaimed, sold-out, one-night-only show celebrating 50 years of the iconic American band’s legacy at Madison Square Garden in New York City. In partnership with nugs.net–the leading live music platform for concert recordings and live streams–the “50th Anniversary Celebration of The Allman Brothers Band” is now available for purchase on nugs.tv in HD or stunning 4K, and will be rebroadcast beginning this Friday (July 3) at 8PM EST – Sunday (July 5) Those who purchase the webcast will also be able to enjoy the show on demand for 48 hours upon first viewing. Both the video and audio have been re-edited and remixed, respectively to give home viewers the best seat in the house for this historic concert. Experience the music of The Allman Brothers in an entirely new way. Now available in Sony’s 360 Reality Audio via nugs.net Hi-Fi. Listen to The Brothers’ nearly four-hour show as if you were there. 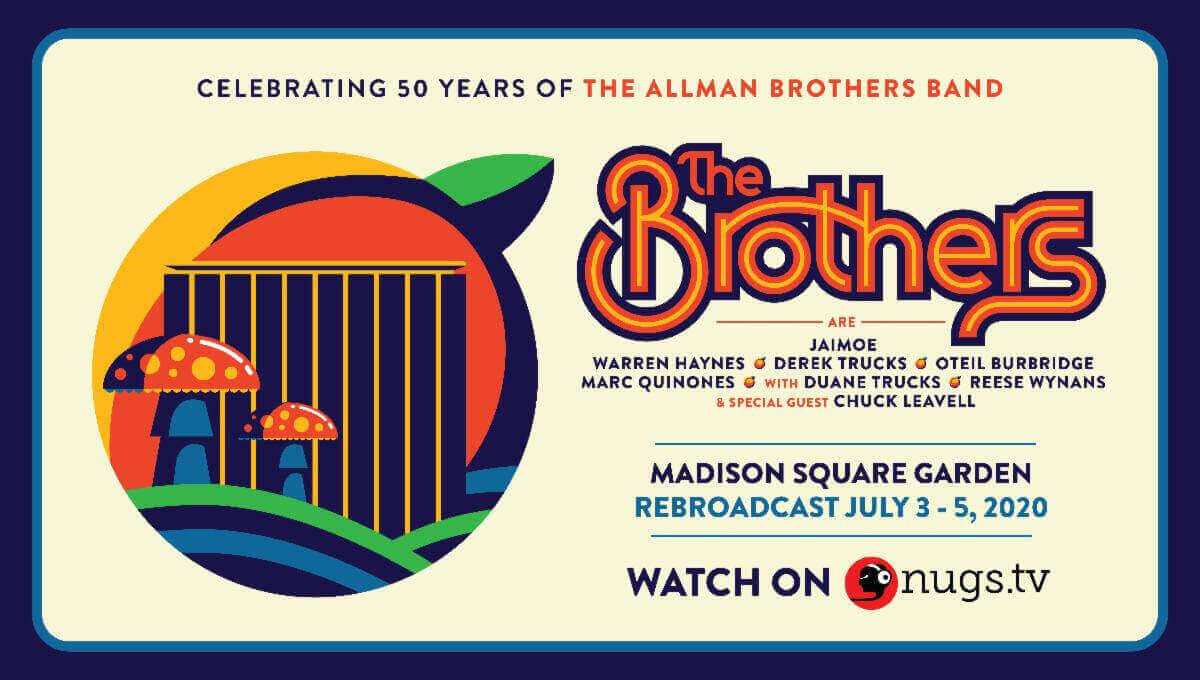 The Brothers consists of founding Allman Brothers Band (ABB) drummer Jaimoe as well as longtime ABB guitarists Warren Haynes and Derek Trucks, bassist Oteil Burbridge and percussionist Marc Quinones, along with Widespread Panic drummer Duane Trucks and keyboardist Reese Wynans. Former ABB keyboardist (and longtime touring member of the Rolling Stones) Chuck Leavell joined as a special guest for many of the jams he helped create with the ABB.

The March 10 show is the last major concert to have taken place in New York before being shut down because of Covid-19. In a post-show interview with the Wall Street Journal, Jaimoe said, “It just felt like no BS, and all about music and love…I wanted to play music with my brothers. Everyone else is paying homage to the Allman Brothers music-and some of us are still here.” American Songwriter, (which described the show as a “massive success”) talked to Warren Haynes who said, “It was a very surreal night I think for all of us. It would have been under normal circumstances. But as we got closer and closer to show date, we were all wondering if we’re going to be allowed to play. We barely got in under the wire and then the next couple of days, they basically starting shutting down everything and canceling shows everywhere. It’s very bizarre that we turned out to be the last big show like that…I’m really glad that we were able to celebrate the 50th. When (original band member) Jaimoe called everybody and said that he thought that we should do something for the 50th, we all instantly agreed and thought, yeah, let’s do this. In a lot of ways, it was a show that we had talked about doing as the Allman Brothers Band but it never came to fruition. From the first moment of rehearsal it felt wonderful, and it just got better and better. I was very proud of everyone. From a musical standpoint, the band sounded wonderful. But there was so much more at play.”

Speaking with RollingStone.com, Derek Trucks recalled, “When we first got to New York about a week before, there were no restrictions and no one was really thinking about [the virus] too much. I was being OCD with Purell, but you eat out; you’re on the road and that’s what you do. But now a thousand things go through your head…So that felt a little weird. But information was rolling out at such a trickle that it was hard to make sense of anything…We were doing four days of rehearsals and everyone was playing that music for the first time in a while and telling stories and remembering people we’d lost. You’re kind of in two different worlds. You’re of two minds. If you postpone six or eight months, you never know how it’s going to be between now and then. But it also felt like one of the last moments for a long time when people would be able to suspend reality and let go.” As for the concert itself, Derek said, “I was really proud of everyone onstage. I thought everyone’s head was in the right place. That’s hard to do. There’s a lot of history with everyone on that stage, and you never know how that’s going to shake out. But it felt good. The spirit felt right.”

Brad Serling, nugs.net Founder and CEO, added, “We could not be more thrilled about the opportunity to work with The Brothers on this PPV from MSG. The music that these performers helped to create is so incredibly special. We are very thankful to be able to help share this performance with ABB fans around the planet.”

More information about the Pay-Per-View