What’s In a Name? The Real Lady A Everyday 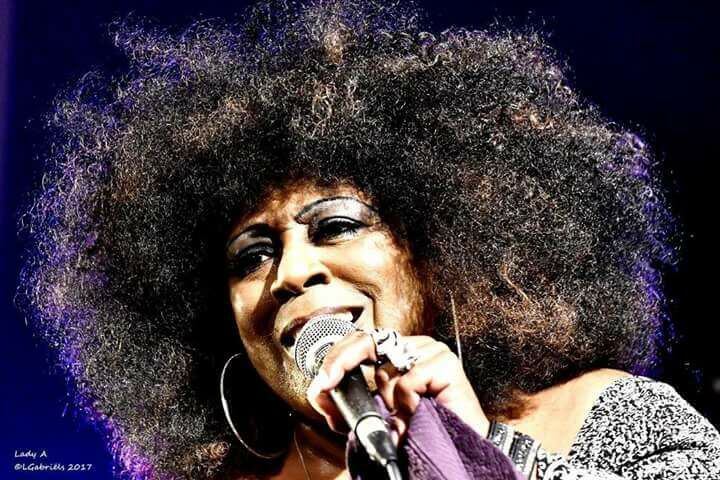 It began in a moment of “wokeness” by country artists Hillary Scott, Charles Kelley, and Dave Haywood, collectively known until recently as Lady Antebellum. On June 11th, following the murder of George Floyd and subsequent protests, the group who first formed in 2006 decided to drop the “Antebellum” from their name due to its association with slavery in the pre-Civil War South. They chose as their new name Lady A. Sounds good, right? Except, that name had already been in use by Seattle-based blues diva Anita White since the 1980s.

White’s use of the name began when she was singing karaoke some 30+ years ago, but continued through her release of CDs and in live performances for the last two decades. White was stunned by the band’s move to “share” her name. When the band was notified of White’s existence and use of the name, they reached out to her for a compromise. That didn’t work as the group intended and the negotiations ceased. In a statement to Rolling Stone, White said:

When they talked about how talks broke down, they never talked outside of trying to get me to do what they wanted me to do, which is coexist, and that’s something I never wanted. I stand by that. I’ve said it so many times. And in our conversations, I told them, I didn’t think coexistence would work.

The band has made the name change which White says has already caused problems. It’s harder to find her music on streaming platforms and the internet because of the band’s move, and she has had trouble uploading her new single for release as well. As of this writing, if you type “Lady A” into Google for example, the first site that comes up is the Wikipedia page for the band, not White’s.

The band pleaded ignorance to the existence of the name “Lady A,” a claim I find hard to believe in this day of internet usage. A simple search at that time would have provided them the information they needed and a different name could have been chosen. However, they say, fans of theirs had been referring to them as “Lady A” for some time and they trademarked the name in 2010.

White has said if they want to use the name, fine. But she is asking for $10 million dollars for them to do so. In response on July 8th, the band filed suit in a Nashville court for use of the name. In an interview with Pitchfork, the band said, “Today we are sad to share that our sincere hope to join together with Anita White in unity and common purpose has ended. She and her team have demanded a $10 million payment, so reluctantly we have come to the conclusion that we need to ask a court to affirm our right to continue to use the name Lady A, a trademark we have held for many years.”

They tell a story that I asked for $10 million, but they didn’t tell the true story, and they didn’t say why I did it. I saw this wasn’t going anywhere and they erased me. So what do you think I’m going to do?

I have to rebrand myself. I don’t want to have to share a name with you. And you shouldn’t be allowed to just get a slap on the wrist. I wanted my name. All I ever wanted was to keep my name in the blues genre doing what I did. I should not have to bend to [the band’s] will because they’ve got money.

White has stated that the $10 million she asked for would be partially used for rebranding, and the rest donated to charitable organizations including Black Lives Matter, the movement which caused the band to want to change their name to hers in the first place. “At this point, I’m not surprised by anything they would do,” White said to Rolling Stone.

Cary Baker of Conqueroo shared his feelings on Facebook. “Go back to Antebellum, lady and gents. No one had pressured you to divest the name of your band. It’s a defining taint on your one-time good intention. A footnote that will be remembered long after your music is forgotten.”

3X Grammy nominee and Blues Hall of Fame inductee Bettye LaVette added on Twitter, “Lady Antebellum…stop. Usually all WE wind up with, is the name. Let her have THAT!”

Lady A has been a Pacific NW Blues favorite for many years and is known as “The Hardest Workin’ Woman in Blues, Soul & Funk.” Her love of blues and soul music is generally likened to a pot of Louisiana Gumbo. Throw in a mixture of soul, funk, the musicians, and a venue, and it makes for the best hand clappin’, foot-stoppin’ and dancin’ experience you can throw all together.

She has opened for such artists as Denise LaSalle, the late Little Milton, Shemekia Copeland, and Dr. John; has toured with Bobby Rush, Eden Brent, Dexter Allen, Super Chikan, Waylon Thibodeaux, Charles and Charmaine Neville; and has been on stage with the late Michael Burks, Kenny Neal, The Lee Boys, Peter Dammann, Janiva Magness, and Howlin Mad “Bill” Perry. Quite literally pounding the pavement and paying her dues.

Working as I do for a major blues internet publication, I stand behind Anita White as the real Lady A. The artists using her name may have had good intentions at first, but are now filing suit and using the moniker out of pure privilege. They have the backing of major management teams, promoters, and record labels, while Ms. White stands alone against this rising tide.

Until further notice, American Blues Scene will be supporting The Real Lady A Everyday. We’ll be sharing Ms. White’s music, links to her website and social media in the hope that the music community will follow suit in support of this incredibly talented individual. Please join us in the use of the hashtag #TheRealLadyAEveryday across social platforms.