Rearview Mirror: Supreme Lives Matter – The Story of Mary Wilson of the Supremes 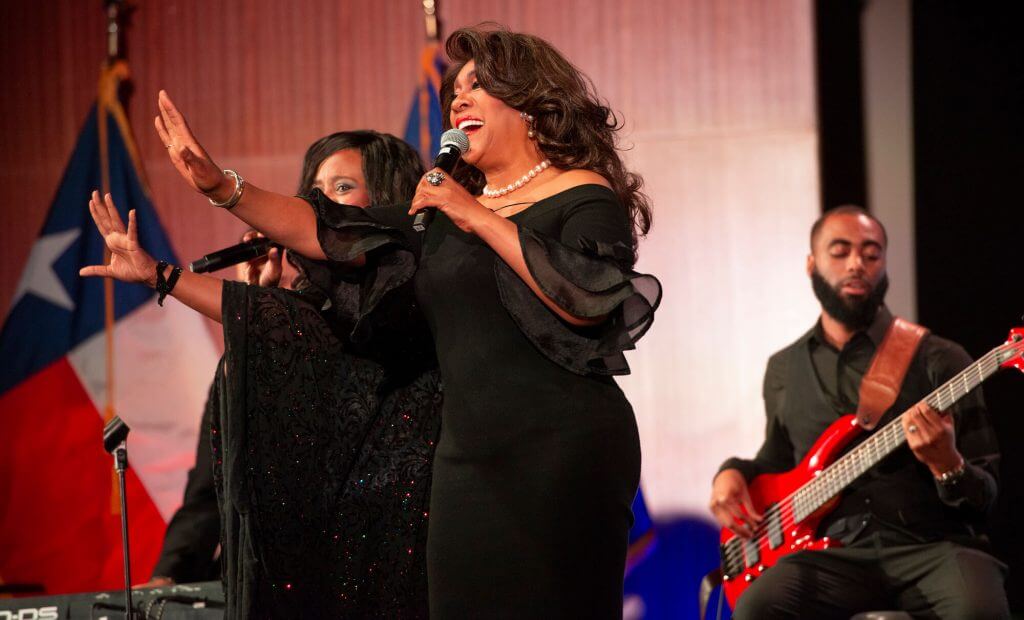 Editor’s note: Don Wilcock is currently writing his memoirs, looking back at 51 years starting with Sounds from The World, a column he wrote for “grunts” in the rice patties of Vietnam in what was then the largest official Army newspaper in the world, The Army Reporter.

Nowhere in half a century of interviewing musicians has the stupidity of racism been brought into sharper focus than in the story of The Supremes’ experience on tour at a motel in Florida.

“We had stopped at this motel, and we were very tired,” Mary Wilson old me in 2013. “It was some place in Florida, and so we went to this motel, and everyone was tired. Someone said, ‘There’s a swimming pool out back.’ Oh, wow. We all changed and ran down and jumped into the pool, and the white people who were in the pool jumped out of the pool.”

Understand that for a year and a half, The Supremes had been the “no-hit Supremes” at Berry Gordy’s Detroit hit factory. Suddenly, in less than a year’s time, they eclipsed The Miracles, the Temptations, and the Four Tops to become the highest profile group at a label that was redefining the very definition of pop music. The Supremes were the leading edge of Motown, a sound that was identified simply by the title of the label with an infectious blend that transcended its black roots.

“You know, we were young. We just went out and had a ball, and the white folks where sitting along the rim. And some of the people had a radio, and some of the music came on. It was Stevie or somebody, and everybody started recognizing that we were those people, and before you knew it, they were back into the pool, and we were all singing and talking, whatever, and they came to the show later that night, and we had a ball.”

That experience was a sharp wake up call for a young woman who joined The Supremes at age 19. To say that she was naïve is an understatement. She’d grown up in the black section of Detroit. She never saw white people growing up.

Younger than Motown’s other acts, it took the three young teenagers a year and a half of hanging out daily in Motown’s reception area to wear down CEO Berry Gordy enough to sign them. “Even in Motown, we were totally different from everyone else. We were just these three squares. I think that’s what made the group so unique was that we were different from most: clean cut, cute little girls, maybe not as pretty as the Ronettes, you know?”

In an instant at that pool, the distance between black and white evaporated. “So, those kinds of things happened a lot. If we were just normal black people, it was ugh, ugh, but if you were someone famous they’d change, and it was great. Even sometimes when we would perform to an audience that had whites on one side and blacks on the other side, it at first was kind of stiff. The music starts happening, and then half way through the show everyone is partying and dancing together. So the music really did help bring people together.”

Nowhere was the melding of black and white pop culture more dramatically documented than in the T.A.M.I. film, in my opinion the best concert video ever filmed. Selected by the United States Library of Congress for preservation in the National Film Registry for being culturally, historically or aesthetically significant, The T.A.M.I. (Teenaged Awards Music International) Show was filmed in front of a bussed in teenage audience at Santa Monica Civic Auditorium on October 28 and 29, 1964, and featured a potpourri of pop artists ranging from British Invasion act Gerry & the Pacemakers; Motown heavyweights The Supremes; West coast hitmakers The Beach Boys and Jan and Dean; to Chess Records’ biggest blues crossover act Chuck Berry.

But the show stopping closers were to be James Brown and “England’s newest hitmakers” The Rolling Stones who were climbing the ladder built on The Beatles’ success but were even months away from recording their major breakout hit “(I Can’t Get No) Satisfaction.” There was just one problem, director Steve Binder whose main claim to fame was The Steve Allen Show wanted the Stones to go on after James Brown. Brown may have the Godfather of Soul with eight more years of both hits and misses behind him, but The Stones were second only to the Beatles in the eyes of the that pallid teen audience. And James was pissed.

“That was the conversation back stage, and we heard whispers all over the place. So, when Bill (Wyman, bass player for the Stones) and I talked about this (years later), he would say, ‘I was scared to death when we learned we were going to close the show over James,’ and I said, ‘Yeah.’ James was back there going (imitates James Brown’s guttural grunts), ‘The Rolling Stones? They’re gonna close the show over me?’”

The Stones pulled it off but not before James Brown laid down the best set he ever put on film. “Bill (Wyman) said they became best friends,” says Wilson. “(But) James said, ‘Man, I sure didn’t want you guys to go on.’”