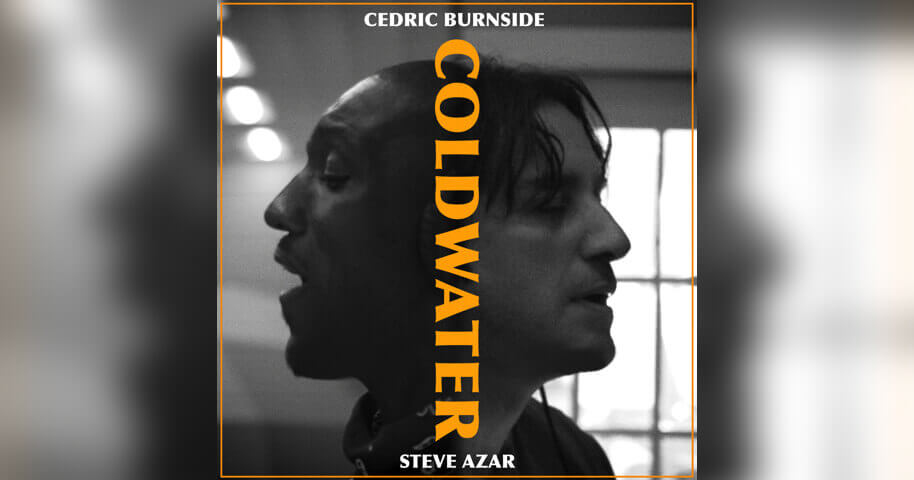 Steve Azar is prepping My Mississippi Reunion, a collection of songs he’s written and recorded over the years that were inspired by his native state. In advance of the album’s digital and CD worldwide October 23 release date, he’s putting out “Coldwater,” a newly recorded track that is a collaboration with friend and fellow Mississippian Cedric Burnside. 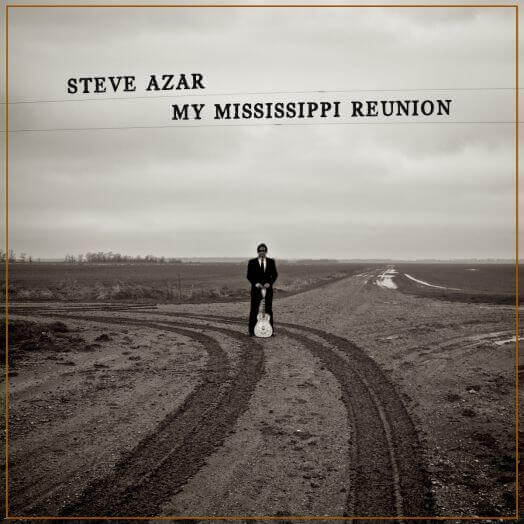 Every song on My Mississippi Reunion relates to a locale or aspect of the state.  More than a few take their titles from towns including “Midnight,” “Rosedale,” “Flatlands,” “Rena Lara,” “Greenville,” and “Indianola.” “Sweet Delta Chains” makes titular reference to the state’s legendary delta region; “One Mississippi” and “Mississippi Minute” take their titles from turns of phrase, while “Highway 61” cites the state’s most celebrated thoroughfare. He wrote “One Mississippi” at the request of Governor Phil Bryant in 2017 as the state’s official bicentennial song. The state also recognized him with the installation of a Mississippi Country Trail Marker in Greenville at the same time as Jerry Lee Lewis, Johnny Cash and Jimmie Rodgers were similarly honored.

Steve grew up in Greenville and serves as his state’s Music and Cultural Ambassador. He thought his compilation was complete when he happened to be driving to Memphis a few months ago. He departed the main road, that selfsame Highway 61, and found himself on a back route. Pondering “the impact the COVID pandemic has had on so many of our friends and businesses,” he came upon a road sign for the town of Coldwater which he had seen many times in this past. This time something clicked, Steve remembers, “I thought, we’re in it.” He’s of the mind that “a song writes itself,” so the title begat a lyric and tune and the song soon took shape.

He decided to recruit Cedric Burnside to join him on the track, offering, “I admire Cedric for everything he represents, not just because he’s a world class musician.  He’s a sterling human being and I’ve respected him for years.” Steve organizes and promotes the Mighty Mississippi Festival, a yearly celebration of roots music and noted, “There’s no Mighty Mississippi Festival without Cedric” who has been a mainstay of the event.  “I recall one year when it poured – seven inches of rain – but Cedric stayed out there on stage and so did I.  We were the only ones, along with Deana Carter who joined me. That was a powerful moment and he was a true inspiration.” This year’s festival, slated for the weekend of October 1, is moving from Greenville to Clarksdale where it will take place on land where Muddy Waters lived before he moved to Chicago.

Cedric is the scion of a family that has been tremendously influential in the blues field. His grandfather was the legendary R.L. Burnside who shed light on North Mississippi’s idiosyncratic hill country blues style. His father was the noted drummer Calvin Jackson. Cedric is the recipient of four Blues Foundation Awards and has had two Grammy nominations. “We got in the studio and we knocked it out! We had a lot of fun recording it and I’m really glad Steve wanted me to be a part of this. I hope people enjoy what we made!” he says of “Coldwater.” For his part, Steve says, “You’ve got two Mississippians coming together during these times in song. There’s nothing more powerful.”

Listen to “Coldwater” below.

Following a lengthy career phase spent in Nashville during which Steve enjoyed significant success, he returned to Greenville and became a force in Mississippi music and toured nationally with Bob Seger.  In 2013, he co-founded the Mighty Mississippi Music Festival which has presented such headliners as Chris Stapleton, Old Crow Medicine Show, Dwayne Dopsie, G. Love & Special Sauce, Band of Heathens, Ryan Bingham, the Revivalists, Merlin Morris, Ashley McBride, Government Mule, Kingfish, Jarekus Singleton, Mr. Sipp as well as Cedric Burnside and others.  Two years ago, he released Down At The Liquor Store, an album that was recorded at the legendary Club Ebony in Indianola, hometown of B.B. King. For the project he was backed by The Kings’ Men, a band of veteran Mississippi musicians, the majority of whom had worked for B.B. King with some also doing double duty behind Elvis Presley.

While still Nashville-based, Steve released  Waitin’ On Joe, his breakthrough album. The album’s hit title song went to #1 on CMT and was the focus of an evocative video that featured the participation of fellow Mississippian and Academy Award winner Morgan Freeman.  That landmark album also included “I Don’t Have To Be Me (‘Til Monday)” the recipient of a three Million-Air Award from BMI and ranked in the Top 5 of most-played songs of the decade. Taylor Swift told People Magazine in 2010 that her favorite song of that year was Steve Azar’s “Sunshine.” In the interim, the song has become a popular wedding anthem. His album Slide On Over Here included the hit single “Sunshine” that was also a #1 video.