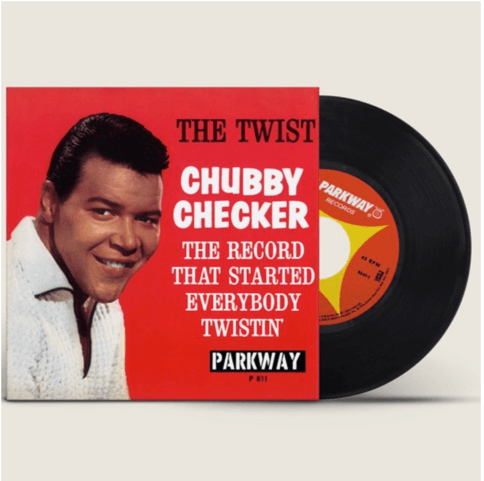 ABKCO Records has announced a celebration of the 60th anniversary of “The Twist,” Chubby Checker and the legendary Cameo Parkway labels with commemorative releases September 25th. The definitive album Twist With Chubby Checker album has been remastered and will be made available for the first time on vinyl since the 1960s this September. 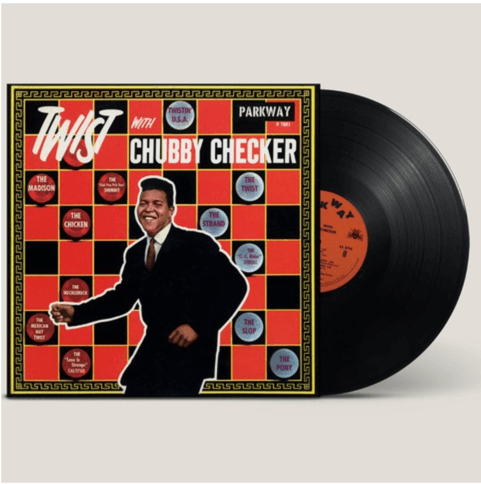 The date dovetails with the 60th anniversary of “The Twist” having first reached #1 on Billboard’s Hot 100 on September 24, 1960. A special 45 rpm 7” vinyl of “The Twist” with two B-sides will also be available along with the physical editions of the new, definitive Dancin’ Party: The Chubby Checker Collection (1960 – 1966) on both CD and LP. Dancin’ Party collects twenty-one tunes that includes seventeen Top 40 hits, twelve of which hit the Top 20; seven hit the Top 10 with two going to #1, including the pinnacle recording of “The Twist,” a single that two trips to the top. Pre-order here. 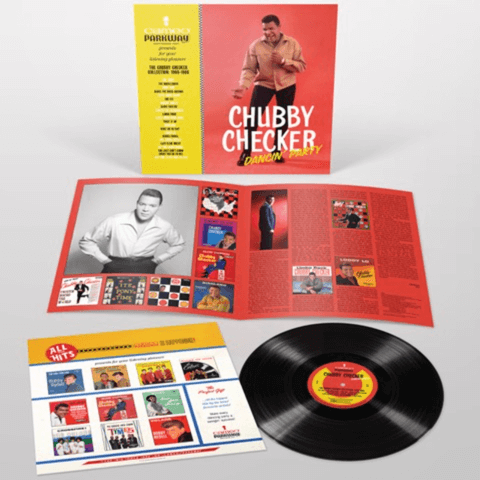 CD versions of two other newly compiled Cameo Parkway sets, You Got The Power: Cameo Parkway Northern Soul 1964 -1967 and You Can’t Sit Down: Cameo Parkway Dance Crazes 1958 – 1964 are also being made available on September 25. Pre-order here. 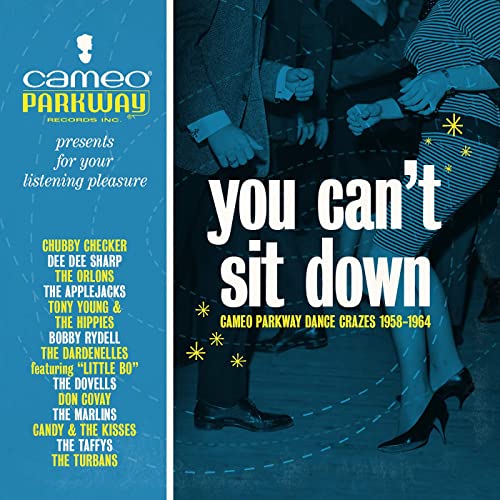 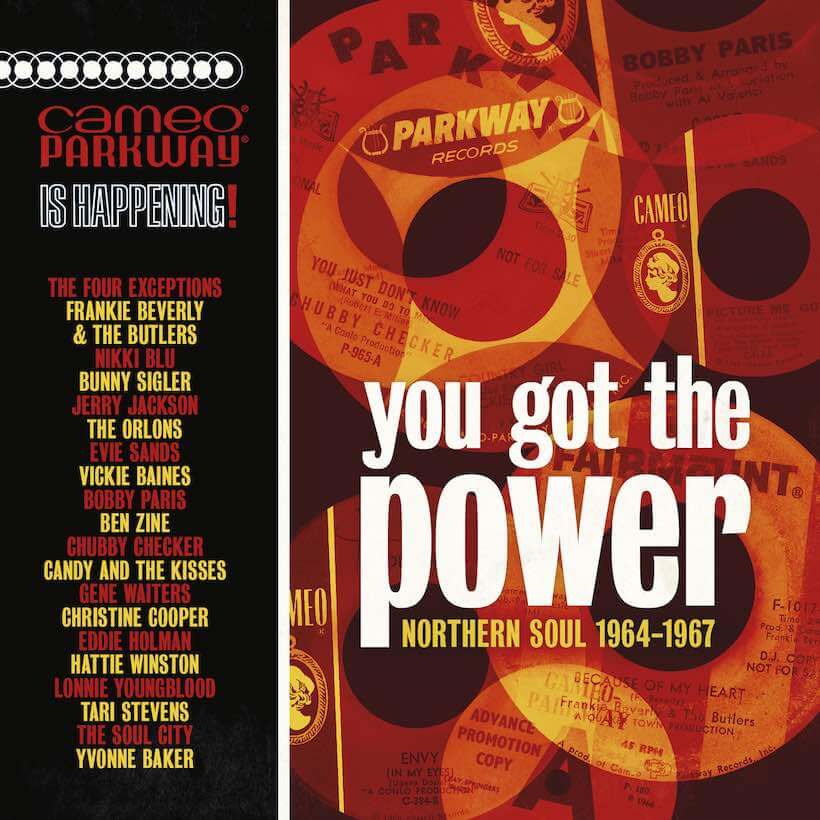 In summer of 1960 “The Twist” was released and first hit the Billboard chart on August 1st, sixty years ago this week. The tune raced to the #1 spot on Billboard’s Hot 100 on September 24th a matter of weeks later.  Most remarkably, after the song was re-released in late 1961, it again arrived at the #1 spot on January 13, 1962, making “The Twist” the first record to occupy the #1 slot in two different run-ups, a feat unequaled to this day. The first release of the single in 1960 included “Toot” on the flip side and the 1961 version carried “Twistin’ USA” on its B-side.  In recognition of that singular achievement the newly remastered version of “The Twist” EP includes both “Toot” and “Twistin’ USA.”

At the 2018 Rock and Roll Hall of Fame ceremony in Cleveland, a new class was inducted, this time in recognition of their respective impact on music and culture. First among these in terms of cultural and commercial transcendence was “The Twist” by Chubby Checker. Steven Van Zandt had the honor of inducting “The Twist,” recalling the song would, “along with The Pill, Hugh Hefner’s Playboy philosophy and Helen Gurley Browns’ ‘Sex and the Single Girl,’ be credited with starting the sexual revolution.”

When Billboard celebrated the 50th anniversary of its Hot 100 singles chart in 2008, “The Twist” was declared the number one song of that half century span.  That designation was bestowed on the record again in 2013 and 2015 and, yet again, when The Hot 100’s 60th year was observed.  Each time, “The Twist” held on to the top spot among over 27,000 individual titles by more than 7,500 artists.  “The Twist” by Chubby Checker is in the National Recording Registry at the Library of Congress and was inducted into the Grammy Hall of Fame more than 20 years ago.  In its own time, “The Twist” was recognized by the Recording Academy as the Best Rock & Roll Recording at the 1961 Grammy™ Awards.

Concurrent with the massive success of “The Twist,” Cameo Parkway became one of the industry’s most successful independent companies on par, in that era, with Motown.  It accrued a vast artist roster with a strong emphasis on dance-oriented hits and its shares were even traded on the American Stock Exchange, a first for a record label. Checker’s initial follow-up, “Let’s Twist Again” was emblematic of this as were his many other dance floor and chart successes which are all collected on Dancin’ Party: The Chubby Checker Collection (1960 – 1966).

You Can’t Sit Down: Cameo Parkway Dance Crazes 1958 -1964, features well known dance repertoire by the full spectrum of Cameo Parkway stars. Among whom are The Orlons, Dovells, Dee Dee Sharp, Bobby Rydell, The Applejacks and others along with Chubby Checker. Highlights are seven Top 10 hits including The Orlons’ “Wah-Watusi,” Dee Dee Sharp’s “Mashed Potato Time,” “The Bristol Stomp” and “You Can’t Sit Down” by the Dovells, “Slow Twistin’” by Chubby Checker and Dee Dee Sharp as well as Bobby Rydell’s “Cha Cha Cha” plus sixteen more.  As with the Dancin’ Party, You Can’t Sit Down includes liner notes by British music historian and author John Broven, author of Record Makers and Breakers (University of Illinois Press).

You Got The Power: Cameo Parkway Northern Soul 1964 -1967, a more specialized set, highlights the fact that numerous Cameo Parkway singles would go on to become part of the soundtrack of Britain’s Northern Soul lifestyle phenomenon. Northern Soul’s emphasis was on obscure yet danceable records, a number of which became the focus of a cult-like worship years after they were first issued.  Singles by Frankie Beverly & The Butlers, Bunny Sigler, The Orlons, Evie Sands, Candy and the Kisses, Christine Cooper and Eddie Holman are highlights of the 20-track collection.  The set includes liner notes by Ady Croasdell, DJ-founder of London’s 6Ts Rhythm ‘N’ Soul Club, home of Britain’s longest-running Northern Soul night.

The Twist (Remastered) 7’’ EP and digital