Tomiko Dixon – Granddaughter of the Blues 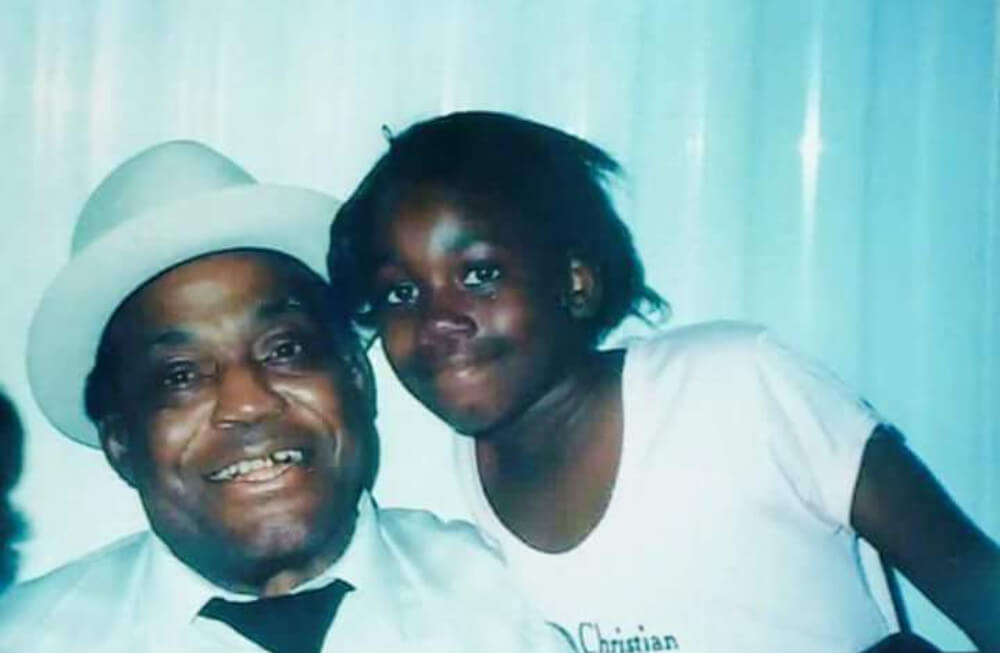 The Blues world opened its arms to embrace Tomiko Dixon, adopting her to carry on the legacy of her late grandfather Willie Dixon. Tomiko’s career began in 2009 when she began working with producers & bands. In 2010, she successfully launched herself as an artist and founded her own Publishing Company ‘Grand Blues Music’ & The Grand Blues Music Heritage Foundation in 2015. She served as an Honorary Grand Marshal in The Chicago Defender’s 86th Annual Bud Billiken Parade 2015 “A Moment of History.” Following her auspicious start, Tomiko has worked tirelessly to support others in the music world.

A familiar figure in the Chicago scene, she has volunteered at the city of Chicago’s Light House for the Blind (CRIS Radio.) From 2010-2018 Tomiko partnered with the late ‘Attorneys to the Stars’ Jay B. Ross & Associates (one of the top Entertainment Law offices in the City of Chicago). Ever the workhorse Tomiko is an official Grammy Voting Member of The Recording Academy and an active Supporter & Member of the Chicago IL., Memphis TN., Vicksburg MS. & Helena,AR. Blues Foundations & Societies.

Tomiko has worked & shared a stage with some of the most talented and well-known artists in the music business. In October 2016 & 2018 Tomiko was the youngest Blues Ambassador/Artist to be inducted in The Official Blues Hall of Fame in Chicago sponsored by Buddy Guys Legends and she’s winner of the CMA’s (Chicago Music Awards 2017 Best Blues Entertainer Award sponsored by Kingston Mines).

Oliver Sean and The Real Indie Project Album titled ‘The Devil Is Back” Independent artists, Grammy members, and record labels all came together for this social distancing album. August 14th, 2020, is our first album release date & party via Facebook Live.

Our Album ‘The Devil Is Back” is currently No.#1 on the iTunes U.K. New Release Chart & No.#4 in the U.S. and is available on SoundCloud & Worldwide. I love networking down throughout the Delta area from Memphis to Vicksburg. I’ve also had the opportunity to sponsor with the world famous King Biscuit Blues Festival in Helena Arkansas and The Visible School Downtown Memphis Tennessee. I’m looking forward to working with Shirley Waring of The Vicksburg Blues Society and the Grammy Museum in Cleveland, Mississippi as they uphold my Grandfather’s legacy as well. Yea… I’ve worked all throughout the south. I record with Mike Wilson of Ardent Studios in Memphis & Steve Wagner of Delmark Records when I’m in Chicago. I consider both cities as home and most of my releases were recorded at Ardent Studios in Memphis. My manager Tim Price & I produced my current solo album titled ‘Blues Arising.’ available digitally worldwide.

How would you describe your musical style and who inspired you?

I would say I am a well rounded funky Blues rock girl. I am also a songwriter too. Janis Joplin, Etta James, and Koko Taylor really inspired me. I think my songwriting style is like my grandfather’s because I write about things that I have experienced and observed. I write all hits & my writing style is fresh and real.

Can you talk about your Blues publishing company and supporting others in the music world?

When I first started out as an artist in 2008, I started doing Hip Hop and R&B. Around 2014, I started doing Blues. A lot of my fans wondered if I could do the Blues mainly because I was Willie Dixon’s granddaughter. That was when I recorded one of my grandfather’s songs ‘Little Red Rooster’  & that went over quite well. Bands, festivals & promoters started hiring me to write, perform, and record more Blues & from there I became an official Blues Ambassador & since have toured all over the United States.

The world pushed me in this direction. I originally started out doing Hip Hop and R&B. My personal catalogue consists of over three hundred songs so far that I have written. Half of them are Blues songs and the other half are other genres of music. My publishing company houses all genres of music. The name of my publishing company is Grand Blues Music which is short for Granddaughter of the Blues Music which is now distributed by Whateverok & Sony’s The Orchard. My label has a Blues title because it’s named after me. My grandfather Willie Dixon is known as The Blues & since I’m his granddaughter, I am the Granddaughter of the Blues. I’m an independent that works with most of the existing labels just like my grandfather did in his day. I’ve had the opportunity to work with many entertainers & help them with their rights and royalties. I once partnered with the late great attorney Jay B. Ross for negotiations, contracts, sampling catalogues, A&R,  and shopping artists. Ive done it all. I’m well rounded in everything that relates to the entertainment business.

What did you learn from your Grandfather?

The most valuable thing that I learned from him was to find the common ground within everything. I make a living from my knowledge of the industry. I might write a contract or I may be a liaison for a project. I may even produce bands. It has been easy for me to do these different things because I learned from my grandfather that it is all pretty much the same. Intellectual property is just like real estate. You have something and you want to sell it. You have to market it, manage it, and you have to promote it. You have to get it out there and you have to make sure you are creating something that people will be interested in. You want something that will generate you money over a period of time. I learned the meaning of mechanicals and problem solving from my grandfather. It is pretty much all the same when you are dealing with commodities.

What is your opinion of the current Blues scene and where do you think it is heading?

The current Blues scene to me has been branded down into a novelty type of music. I see the Blues evolving into other genres of music. You have Bluegrass, Americana, Country, and Hip Hop. I see all the music coming together as one music. I don’t believe in categorizing and putting things in individual boxes. Things must evolve. Traditional Blues started off with a string and nail on a wall. That was your guitar and look at what we have now. It’s all about evolving and being in tune with the times. The Blues messages of now are somewhat the same compared to back then but it needs to be elaborated with a different perspective so that the future generation can learn, retain it, and understand what it is.

What are your long-term goals?

Right now, I am riding the high horse and I’m really enjoying my fame in the music industry. It is something that I believe I have a true calling for. I’ve always been good at helping people and putting things together. I didn’t know I would get so much gratification from being in the music industry. In the future, I would like to win lots of Grammys and have a few successful reality shows. I’ve been working with several companies. One of them is the second largest content company in the world. I’m a powerhouse in this industry, and I want to help as many people as I can and open doors for new talent. I’ve realized that a lot of musicians don’t know the business end of the music industry. They are either the artist or the business person. It’s rare that you find someone like me that does both. I can tell you that my workload is heavy. Believe me I feel like Lil Wayne sometimes because, “I’m the only one that can get the job done. I don’t know nobody that can cover for me.” In this music industry you have to know how to do both. If anyone’s interested in working with me or needs help with business stuff like copyrights, publishing, contracts or performance rights just contact me via my website.

Also, I want to give a very shout out & thanks to my Blues Uncle Buc Weatherby for this grand introduction. We did a show together last month to celebrate my grandfather’s birthday and I was his co-host. Check us out at Uncle Buc Plays the Blues.