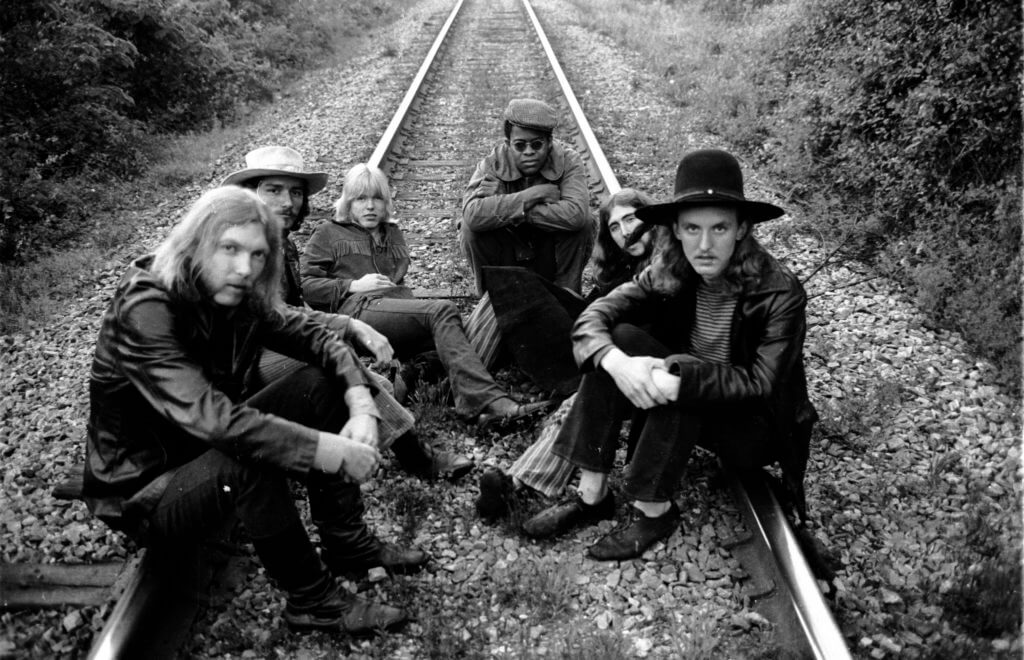 An extraordinary piece of rock history will finally be heard this October with the release of the Allman Brothers Band‘s last show with founder and guitarist Duane Allman. Recorded October 17, 1971 at the Painters Mill Music Fair in Owings Mills, MD, the recording marks Duane’s last show, as he was tragically killed in a motorcycle accident 12 days later. Recorded on a hand-held cassette machine by 18-year-old radio journalist Sam Idas, this music will be released for the first time on October 16. 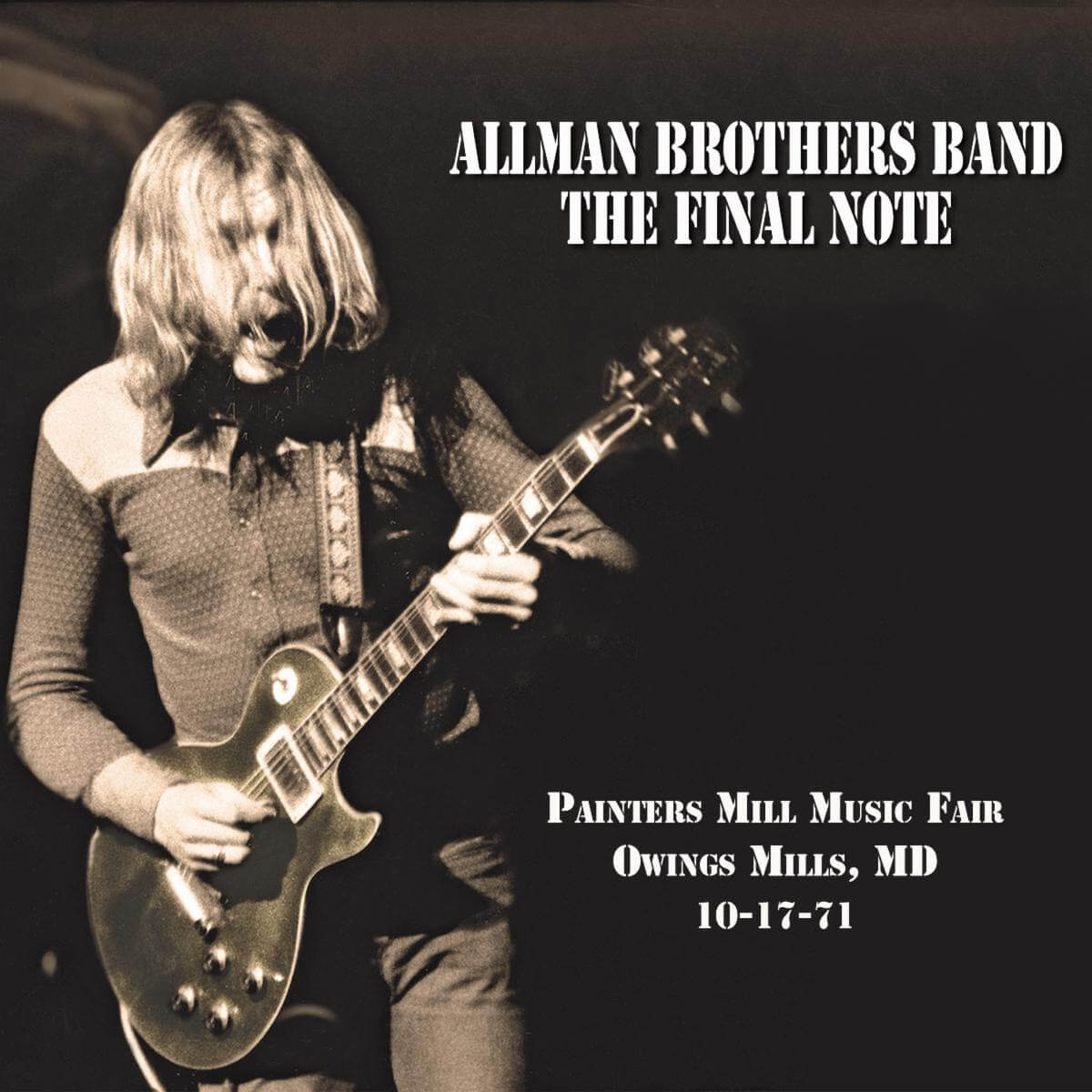 The ABB were riding a wave of great success in late 1971 and wrapped up an intense summer of touring with the two shows at Painters Mill that day. The July 1971 release of their breakthrough At Fillmore East live album had brought them critical acclaim, hordes of new fans, and even a little money. The band-Duane Allman, Gregg Allman, Dickey Betts, Jaimoe, Butch Trucks and Berry Oakley-had toured all summer long and were looking forward to some time off before heading back to the studio.

The Final Note package features some remarkable never-before-published photos from that night’s show, extensive liner notes from ABB archivist John Lynskey plus a photo of the actual cassette Idas used. On hand to interview Gregg Allman after the concert, Idas recalls how it happened: “My only intention was to record the interview. This was a brand-new cassette recorder with an internal microphone, and I had one 60-minute cassette tape. I was sitting there with the recorder in my lap, and I remember thinking ‘Why don’t I try this out? I can record the concert!’ It was a totally spontaneous decision. I’d been to many concerts, but this was the only time I had the thought-and the motivation-to record the show.” The cassette went forgotten by Idas until a few years ago when his old roommate asked him if he still had it. Word of this incredible piece of ABB history reached the group’s manager Bert Holman, who immediately knew the importance of this find.

Captured on this simple audience recording were eight tracks from the band’s standard setlist, including smoking versions of “Statesboro Blues,” “Hot ‘Lanta” and “Whipping Post.” Despite the obvious limitations that come with a 50-year-old cassette tape, modern technological enhancements help restore the magic of this significant night. The Final Note is a must-have for anyone who appreciates the musical excellence of the original Allman Brothers Band. 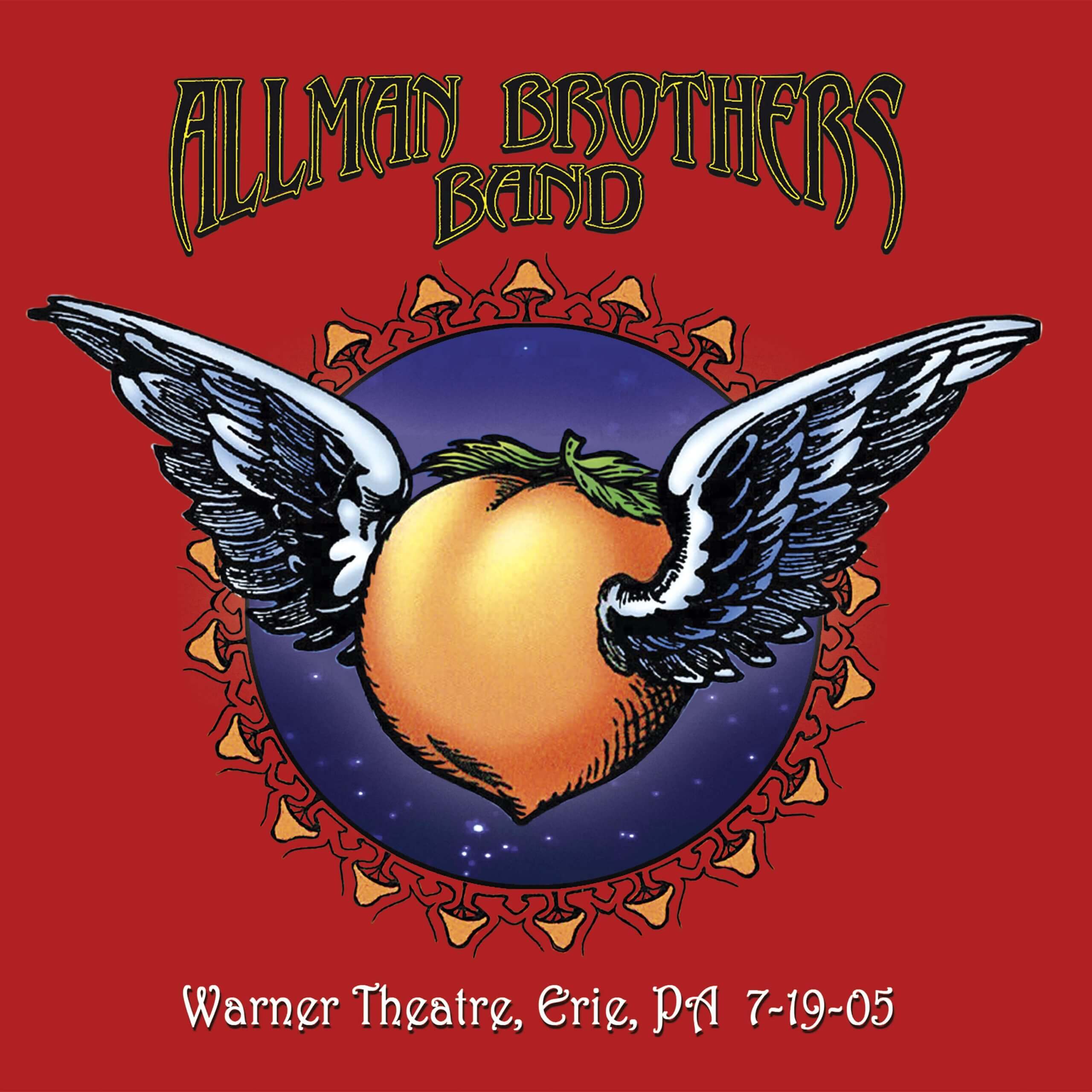 Throughout their illustrious 45-year career, the ABB have played many legendary venues and widely-praised live shows; however, up until this point, the sold-out show on July 19, 2005 at the Warner Theatre in Erie, PA hasn’t been included on that list. Long hailed as one of their best ever by the band members themselves, on October 16 fans will have the opportunity to experience this spectacular show for themselves with the commercial release of a 2-CD set via Allman Brothers Band Recording Company, distributed by The Orchard.

By the summer of 2005, the Allman Brothers Band had moved into a comfort zone of stability and superb chemistry. The line-up–Gregg Allman on vocals and keyboards, drummers Jaimoe and Butch Trucks, Warren Haynes and Derek Trucks on guitars, Oteil Burbridge on bass and percussionist Marc Quinones–had been together since 2001 and had established a groove, both on and off the stage.

The 2005 tour was a typical ABB run of festival and amphitheater shows, with a sprinkling of casino and theater appearances thrown in along the way, Warner Theatre being one of them. In the weeks leading up to this show, the band had traveled a great deal with long drives and performed three shows in a row before arriving in Erie early on July 18, a much-needed day off. The band came into this show rested and ready to turn things up for the last five shows of the run.

A major ingredient to the success of this night was the meticulously crafted setlist from Warren Haynes, with input from the other members. Since this was one of a few “Evening With” theater shows, and was to be a two-set show with intermission and no opening act, this gave the band room to stretch and set the tone differently from an amphitheater show. With the recent release of 2003’s Hittin’ The Note, there was a lot of new material to pull from as well as exceptional new covers which had recently been brought into the fold (“The Night They Drove Old Dixie Down” and “Don’t Think Twice, It’s All Right” with guesting vocalist Susan Tedeschi). The group kicked things off with rare show-opener “Mountain Jam” and it was evident that the band was firing on all cylinders, right from the jump.

When asked when he realized that this performance was something special, Bert Holman, the ABB’s manager since 1991, noted, “I was feeling it while they were playing. Ultimately, I knew it had been a great night when they started coming off the stage and everyone was like, ‘Man, that was a great show!’ I remember Oteil and Derek particularly being pumped about it, Haynes was pleased, and Butch was just raving about how over-the-top the show was. They all told me that they needed a copy of the show, which says a lot right there.”