Sugar Ray and the Bluetones ft. Little Charlie Baty to Release ‘Too Far from the Bar’ 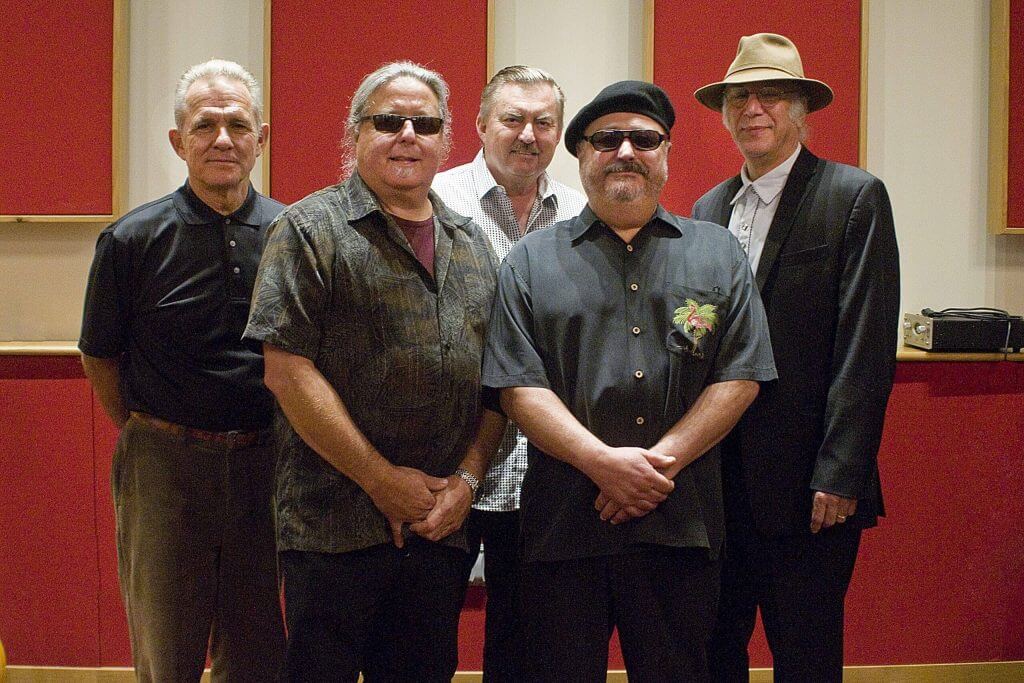 Severn Records announces a September 18 release date for Too Far from the Bar, the new album from Sugar Ray and the Bluetones, featuring Little Charlie Baty. Produced by Duke Robillard, who also adds his tasty guitar licks to four tracks on the new disc, Too Far from the Bar was recorded at Severn Sound Studio in Annapolis, Maryland, and boasts a value-packed 15 tracks, including a number of original songs penned by the band’s members, showcasing their songwriting abilities as one of the group’s many strengths. The core band for the recording sessions was comprised of Sugar Ray Norcia – vocals and harmonica; Charlie Baty – guitar; Anthony Geraci – piano; Michael Mudcat Ward – acoustic bass; and Neil Gouvin – drums. 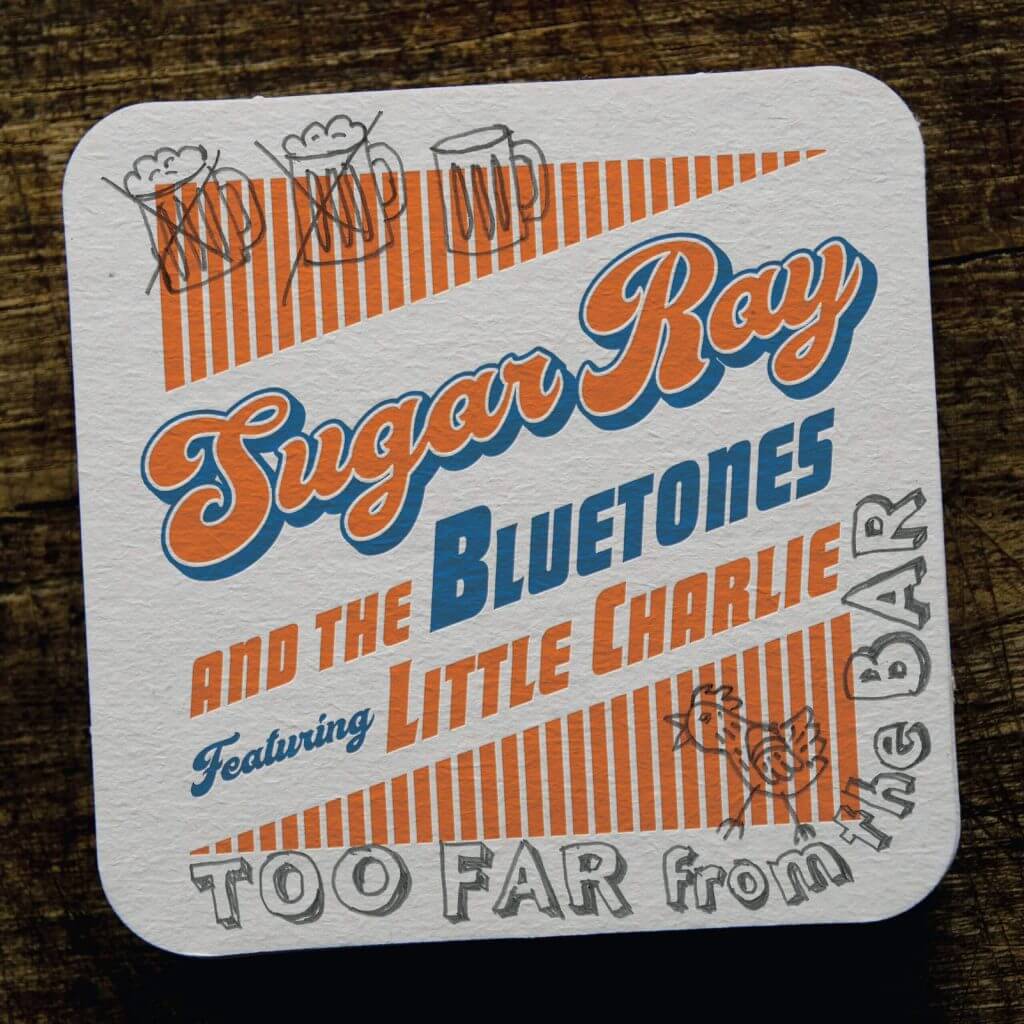 The new album marks one of the last recordings from beloved/acclaimed guitarist Charlie Baty, who passed away unexpectedly in March of this year. Baty also contributed liner notes to the album, putting a perspective on when he first met and heard Sugar Ray Norcia and relating the genesis for them recording together.  He was in splendid form throughout the sessions, spicing up the songs with his retro guitar tones adding just the right touches to each track. “Little Charlie was so excited about this project and what a thrill it was to record together,” Norcia says about the sessions. “Charlie and I seem to have been cut from the same cloth and musically we were like two peas in a pod. On this recording, we swing, we jump and we get low down. Sadly I’ll miss my brother in the blues but his music will live forever.”

“Producing this album was extremely special for me,” Robillard adds. “Sugar Ray and the boys – who I’ve known forever it seems – plus Little Charlie on guitar was obviously going to be a killer combination. There was just no doubt about it. Right from the first track it was in the groove. Ray and the guys had written some great material and Sugar pulled out a few obscure tunes that knocked me out. Helping pick takes and make suggestions was part of my job but the vibe and flow of the session made it smooth enough that I even jumped in for a few numbers! The band got to do a few tours with Charlie in the guitar seat and I was fortunate to do one of them on second guitar. These guys were so hot on this session they even set one of the multi-track tape machines on fire!”

The incident Robillard is referring to is noted in the searing, appropriately-titled original instrumental, “Reel Burner,” which is also reprised at the end of the album on an alternate take. It’s one of nine original songs on Too Far from the Bar written by Norcia, Ward or Geraci.

The cover tunes picked are the cream-of-the-crop, with “Don’t Give No More Than You Can Take,” a jumping number originally recorded by the 5 Royales kicking things off in grand style. Other choice covers come from the likes of Sonny Boy Williamson (“Bluebird Blues”), Little Walter (“Can’t Hold Out”), Jerry McCain (“My Next Door Neighbor’) and Otis Spann (”What Will Become of Me” – with pianist Anthony Geraci channeling the spirits of both Otis Spann and Pinetop Perkins), as well as the blues/jazz chestnut, “I Got a Right to Sing the Blues.”

As Baty closes in his liner notes, “This historic CD features many original tunes and some spirited guitar exchanges between Duke Robillard and myself. It features the stellar vocals of Ray Norcia and his incredible harp playing. This recording showcases the enthusiasm and originality of two different forces of swing and jump blues, backed by a top notch band, and guided by one of the premier guitarists and producers of our generation. Blues aged like a fine cognac – don’t stray Too Far from the Bar!”

Sugar Ray and the Bluetones