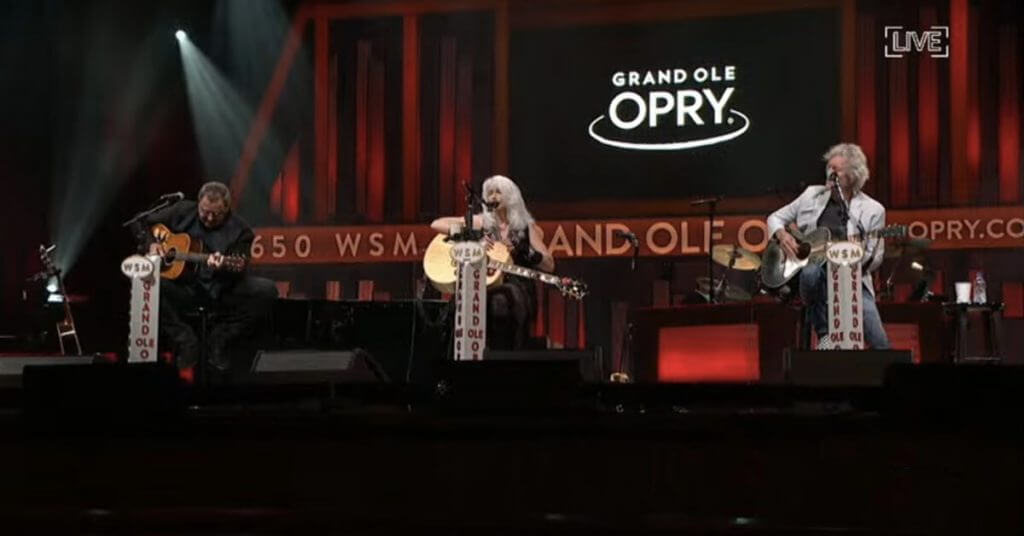 The circle remains unbroken at the Grand Ole Opry as it approaches its 95th year. Still trucking through a global pandemic, Opry members and special guests have helped to reach its largest audiences to date. Emmylou Harris, Rodney Crowell, and Vince Gill — whose history runs through five decades –reunited to perform a concert for Grand Ole Opry’s Saturday night broadcast live on Circle TV this past weekend.

Harris recorded Crowell’s “Bluebird Wine” on her 1975 album, Pieces of the Sky. Later, Crowell played guitar and sang for three years in Emmylou Harris’s Hot Band. Crowell left the band in 1977 to embark on his own solo career, putting together the Cherry Bombs. Harris also contributed backing vocals on Crowell’s iconic Ain’t Living Long Like This album.

As for Gill, he left Pure Prairie League to join Crowell’s Cherry Bombs, later to join Harris’s band for a few albums: The Ballad of Sally Rose, Thirteen, and Angel Band — Thirteen being an album Crowell was also involved with. He continues to work with Gill and Harris to this day.

Watch the entire hourlong broadcast below.