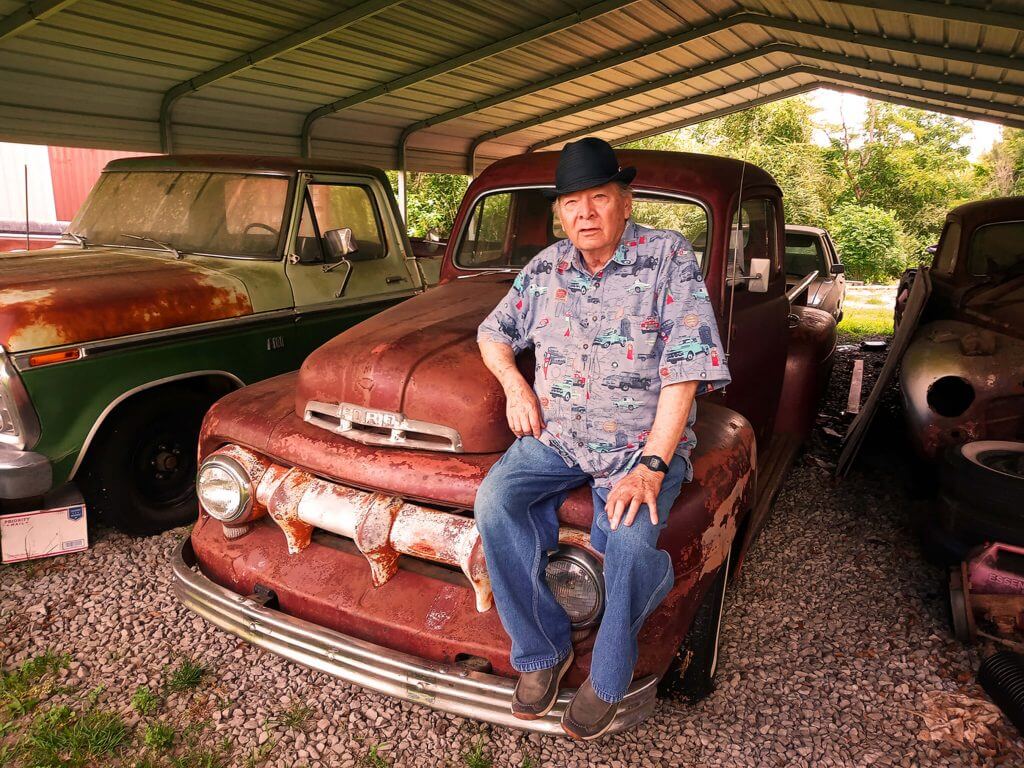 There aren’t many musical heroes like Dan Penn. In songwriting circles his name is as good as gold, and often platinum. And when it comes to those who can give life to the human spirit in song, it sometimes feels like Penn is traveling in a party of one. His voice sounds like it comes from the strong Southern soil in Alabama where he was born and raised, and then deepened in Memphis and Muscle Shoals. It is a true fact that when Dan Penn sings one of his own songs, something happens that is beyond sound. A light is turned on inside his listeners, and the world takes on an added dimension. 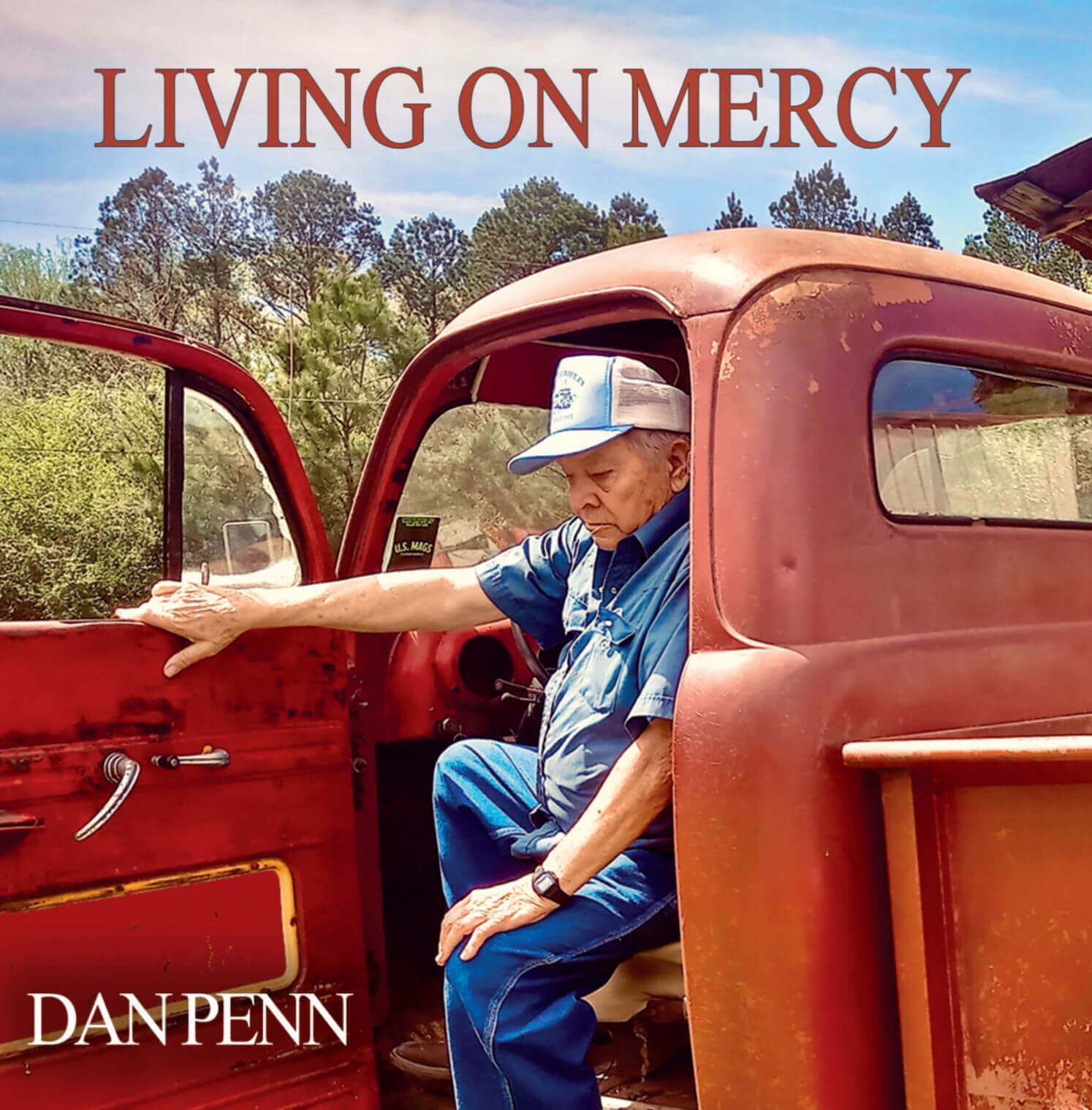 On his new album, Living on Mercy, out August 28, 2020 via Last Music Co., Penn collaborates with some of the other best songwriters in Nashville, Memphis, Muscle Shoals and points beyond, and applies all the wondrous things he’s seen and learned since his first songwriting job when he was 16 years old. There is a truthful essence in his new music that feels like it is directed by a higher source, one that opens the door to an eternal understanding of what songs are capable of.

It is no accident that Penn has waited his entire life to create Living on Mercy. Nor is it a mistake that it arrived just in time to offer the world a heaping of hope and faith, helping us cross the present river of fear to the other side.

The young tunesmith’s first songwriting hit was “Is a Bluebird Blue,” recorded by Conway Twitty in 1960. Penn had already recorded his own single, “Crazy Over You,” in the same year, but when he saw the possibilities of writing songs for others he could see a real career. He was offered $25 a week and never looked back.

It wasn’t much longer before the young Alabaman saw the explosion of Rhythm & Blues happening in Muscle Shoals, not far from where he grew up in Vernon. Soon he’d found a new home. “You know, I made a handful of money,” he says, “even if it wasn’t a pocketful. When I told my father I was leaving Vernon and going to Muscle Shoals to be a songwriter, he said, ‘Well, I can get you $40 a week working with me in the factory here,’ but I said I was going to try the music thing. And he just said, ‘Okay, if that’s what you gotta do.’ I learned then sometimes it’s all about taking chances. That one has worked out okay.”

It’s still working out okay. As with Penn’s soul music mega-hits in the 1960s, songs he co-wrote like “Do Right Woman,” “Dark End of the Street,” “I’m Your Puppet” and so many others, his new album offers a way to see beyond the trials of the present and offers a road to a new place. And like most good things in the modern world, it comes in the nick of time.

Penn wrote songs with some of his closest collaborators for this outing — people like Wayne Carson, Spooner Oldham, Gary Nicholson, Carson Whitsett, Will McFarlane, Bucky Lindsey, Buzz Cason, and the Cate Brothers. They are all the kind of writers who bring 100% soul with them, and have been working on the songwriting craft for most of their lives.

There are no shortcuts allowed in their creations. The songs have to ring true from start to finish. That’s the rock that Penn and his songwriting friends stand on, and there’s no chance it will change now. “When I’m writing songs with someone, I need to know ’em,” Penn says. “And I need to like ’em and trust ’em. I like to find me a good musician to write with, someone who can offer things I don’t really know how to do. Because what I basically do is beat the heck out of a guitar. But it all seems to work.”

After writing the songs and cutting good demos, a top-flight, full-tilt studio band was gathered to start the recording sessions in Muscle Shoals and Nashville. It included Milton Sledge (drums), Michael Rhodes (bass), Will McFarlane (guitar) and Clayton Ivey (keyboards), along with a full horn section. As with everything Penn has ever recorded, he looks to what each player can offer to make sure every note means something.

His sessions are often full of the jubilation of a small revival meeting, where the players and Penn as producer fall into total synch with one another, and push towards a sound way bigger than just the five players. In line with Penn’s previous albums, 1973’s Nobody’s Fool and 1994’s Do Right Man, on this recording the spirit is called forth and right on time is delivered.

The man has gambled his life on it, and as he gets close to his 80th birthday, surely knows he made the right bet. Because when Dan Penn sings one of his songs, time seems to stop and there isn’t anything else to wonder or worry about. The power of the music takes over and whether the song is happy or sad, up or down, a fullness of feeling takes over. Everything else but the music disappears and the soul of a human being spreads far and wide.

One of my top songs—in fact, I think “Edge of Love” is the best song on the record. The whole idea of it, and the groove of it. I wrote this and “Living on Mercy” with Wayne Carson in the car. We were going to cut them on The Cate Brothers, and we demoed them, but then the recording never happened. I’d listen to the demo and say to myself, somebody needs to cut this song. That somebody turned out to be me. – Dan Penn