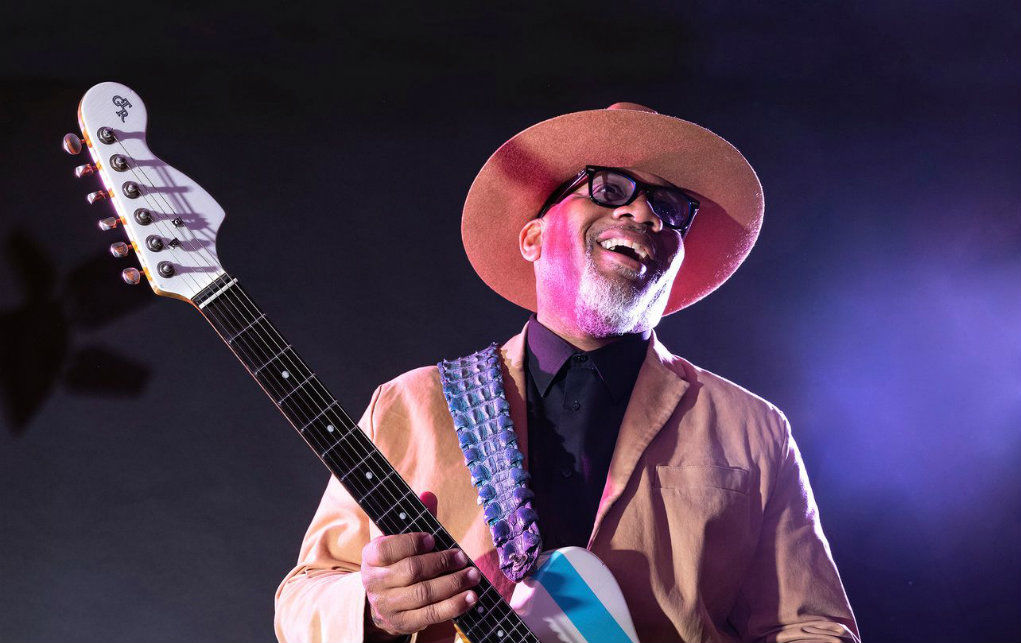 Award-winning, internationally touring Chicago bluesman Toronzo Cannon — who for the last 28 years has driven a bus for the Chicago Transit Authority by day while performing blues at night, on weekends and every day off — has announced that he is leaving his job with the CTA to devote all his time to playing the blues and focusing on his music. His last day at the CTA will be September 29, 2020. According to Cannon, who is a world-renowned ambassador for Chicago blues, “My enthusiasm for driving is not there like it used to be. Now I can focus on my music more and be with my guitar. I look forward to not having to wake up at 4:30 a.m. anymore.”

In July, Chicago’s Newcity named Cannon the “Musician Of The Moment,” putting him on the cover of their annual music issue. Living Blues says, “Cannon bursts with youthful fire in his guitar work and his tough and deep vocals.” Blues star Gary Clark, Jr says, “Toronzo is a beast. He lights the room up.” Guitar master Joe Bonamassa says, “Cannon is a great guitar player, excellent vocalist with an amazing personality.” American Blues Scene says, “A pinch of Texas blend: a little SRV, some Albert King, a biting wisp of Johnny Winter. A pinch of Sam Cook soul, a big handful of Chicago, a dose of Jimi Hendrix tribute, stir that all around and what comes out? Toronzo Cannon.”

Cannon’s expectation-defying original songs, ranging from wryly sung, slice-of-life tales flavored with humor to burning social commentary, are as broad-shouldered as his boundless blues guitar work, both echoing the sounds of the city. His fervent vocals are filled with personality. “It’s not just about the solos,” Cannon says, “It’s about the songs. People get used to everyday life, so it’s easy to miss the things around them. I write about those things. I know the problems of Chicago, the hardship. But I love and respect the city. I’m proud to be carrying the Chicago blues tradition forward and honoring those blues giants who came here from the south and created the city’s blues sound.”

Upon release of his Alligator Records debut, The Chicago Way, Cannon burst onto the international stage as one of the most electrifying bluesmen to emerge from Chicago in decades. He has played major cities all over the U.S., Canada, and Europe, including stops in the UK, Germany, Spain, France, Sweden, Switzerland, Italy, Denmark, Finland, Belgium, Poland and Japan, delighting and surprising audiences with one unforgettable gig after another. He has played the Chicago Blues Festival on ten separate occasions, initially as a sideman, then as a special guest, a sidestage band leader and finally as a main stage headliner. Using every vacation day and day off and working four ten-hour shifts a week, Cannon would arrange his schedule to gig out of town as much as possible.

As for leaving his bus driving job behind, Cannon says, “I’ll miss seeing the daily hustle of life, having somewhere to be, and the camaraderie with my coworkers. I’ve known some of them for over 20 years. I won’t miss the traffic or the carelessness of other cars and drivers. I’ve put in the time behind the wheel, now it’s my time.”