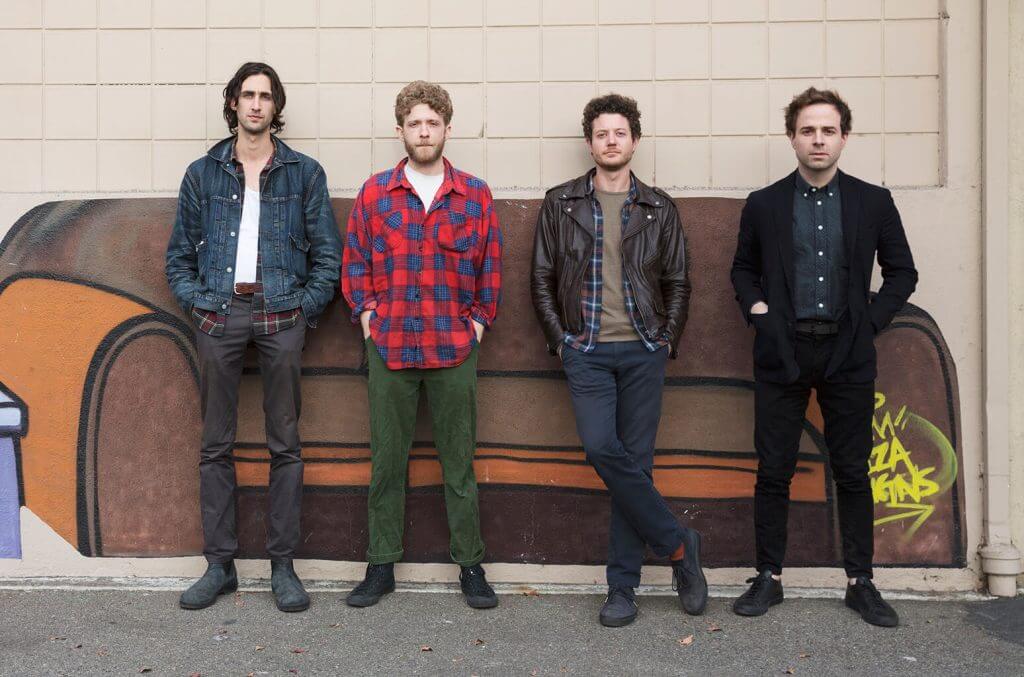 Good Luck With Whatever marks Dawes’ first release on their new label, Rounder Records, and follows a series of acclaimed self-released albums including 2013’s Stories Don’t End, 2015’s All Your Favorite Bands, 2016’s We’re All Gonna Die, and 2018’s Passwords.

From its first downbeat, Good Luck With Whatever sees Goldsmith grappling with the expectations of adulthood on a remarkable cycle of new songs fueled by many of the same elements that first earned the band worldwide attention and applause – graceful melodies with kinetic riffs and intricate musical interplay. Throughout the album, Dawes once again prove incredibly adept at pushing the emotional limits of the classically structured rock song, a testament to their tightly honed yet imaginative musicianship and the gripping specificity of Goldsmith’s songwriting. A culmination of their entire catalogue and decade-long career all wrapped up in nine glorious tracks, Good Luck with Whatever reclaims the rugged urgency and easy confidence of Dawes’ early work while tapping into the veteran band’s intense musical connection more effectively than ever before.

“In the past, I’ve definitely been more precious about the way I wanted the songs to sound, but that’s never as fun,” Goldsmith says. “The music we make is everyone’s mode of expression, and the other guys all have chops that I don’t have and never will. The fact that we’re able to lean on each other and celebrate each other as individuals just makes us so much more excited about getting to play together in this band.”

Dawes have released a deeply thoughtful and insightful new song and video about mental health and personal survival. “Didn’t Fix Me,” available now at all DSPs and streaming services, is the fourth song from the Los Angeles-based band’s eagerly awaited seventh studio LP, Good Luck With Whatever. Produced by 6x GRAMMY® Award-winner Dave Cobb (Chris Stapleton, Brandi Carlile, Jason Isbell and the 400 Unit) at Nashville’s famed RCA Studio A, the album arrives via Rounder Records on Friday, October 2; pre-orders are available now.

Watch “Didn’t Fix Me” below.

Good Luck With Whatever

Between The Zero and The One

None Of My Business

Who Do You Think You’re Talking To?

Free As We Want To Be

Pre-order ‘Good Luck With Whatever’