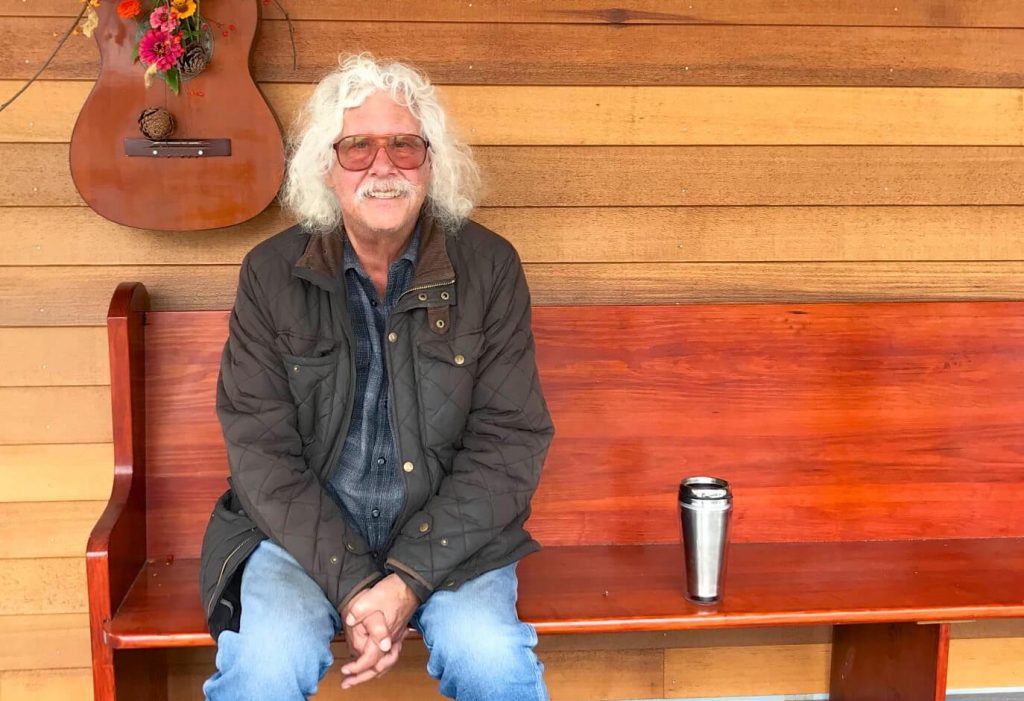 For over five decades, folk singer/songwriter/multi-instrumentalist Arlo Guthrie has entertained fans of all ages. Now he has announced he has “reached the difficult decision that touring and stage shows are no longer possible.” 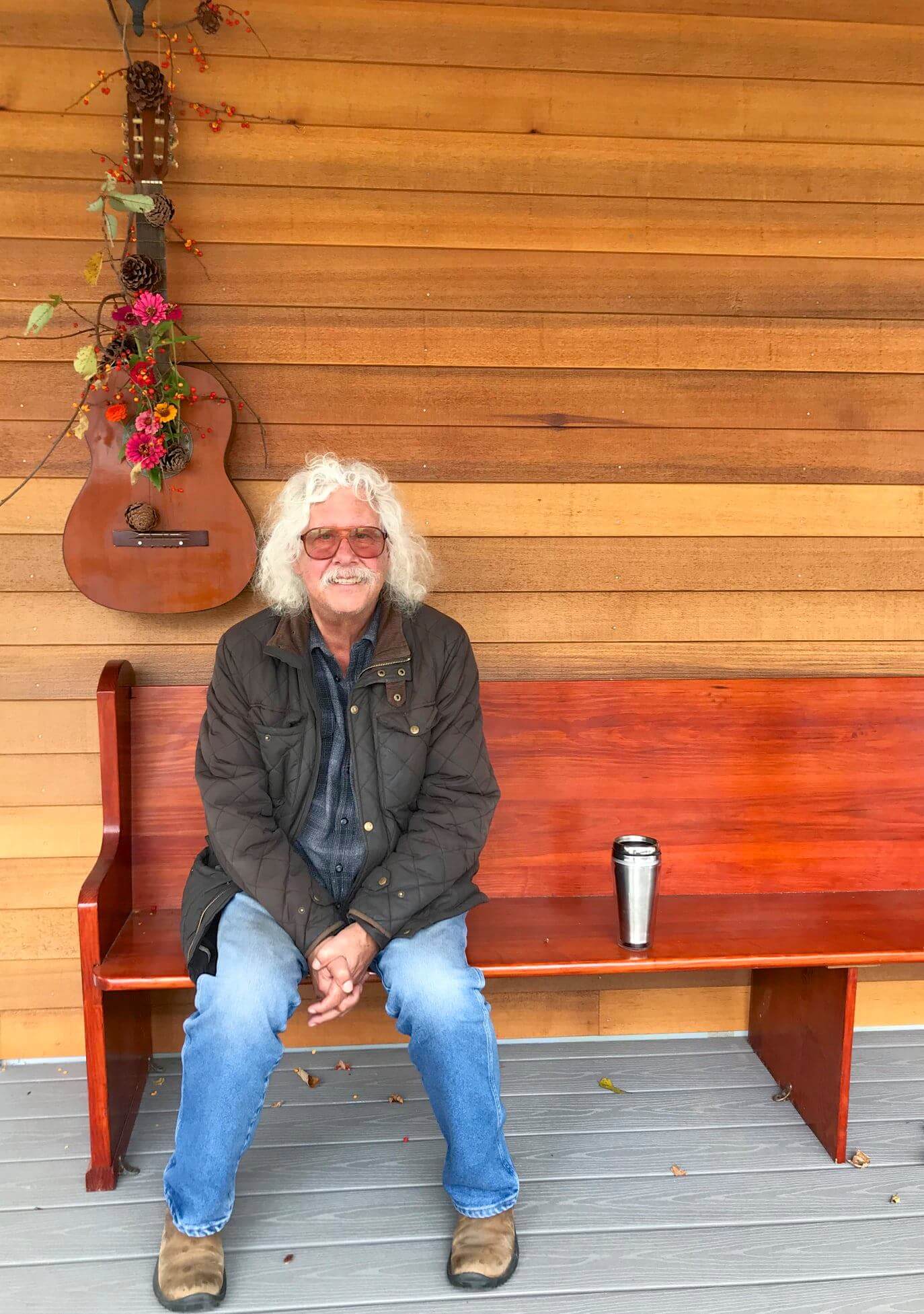 A series of strokes have impaired Guthrie’s ability to walk and perform. Therefore, he cancelled all scheduled tour performances for the remainder of this year, and said that will not accept any new offered bookings. His last live performance at Carnegie Hall was on Friday, November 29, 2019, when he ended an annual series of concerts dating back 50 years. His final live touring concert occurred on March 7, 2020, at The Caverns in Pelham, Tennessee.

Guthrie was born on July 10, 1947 in Brooklyn, New York, the son of famed folk singer Woody Guthrie and dancer Marjorie Mazia Guthrie. On November 25, 1965 the 18-year-old Guthrie and his friend Richard Robbins were arrested for illegally dumping on private property in Stockbridge, Massachusetts. The 18-1/2 minute walking blues song Guthrie penned about the event became the most popular record of his career as well as a Thanksgiving Day tradition, “Alice’s Restaurant Massacree.”

Arlo also had hits with Steve Goodman’s “City of New Orleans,” “Coming into Los Angeles,” and “The Motorcycle Song.” He performed at Woodstock and with such storied artists as Pete Seeger, Emmylou Harris, John Prine and Cyril Neville. Guthrie released 20 studio albums, 9 live albums, and 2 compilations. He also toured extensively, until now.

Guthrie’s announcement came via his Facebook page on Friday, and is offered in its entirety here:

It’s been a great 50+ years of being a working entertainer, but I reached the difficult decision that touring and stage shows are no longer possible. I’ve cancelled the upcoming shows, and am not accepting offers for new ones. That’s the short version. For the longer version continue reading…

As a folksinger, I never really thought much about getting older. It seemed to me that I could just continue year after year, decade after decade, singing and playing as I had done for most of my life. As the years went by, it got more difficult to keep touring, but I did it, mostly because I’d been doing it my entire life. It was the life I knew and loved.

In 2016 on April 1st, April Fools Day, I got really dizzy in the parking lot of the hotel, and started seeing as though I were looking through a kaleidoscope. That evening the show went on as though nothing had happened. I had no idea I’d just encountered a mini stroke until weeks later, when I was told about it. It didn’t appear to affect my performance, or my state of being. I continued touring for the next 4 years.

Then, on Thanksgiving Day 2019 (of all freaking days) it happened again. This time I was on my way to The Church / The Guthrie Center to help out with our annual Thanksgiving Dinner that we hold every year. I had pulled over to fuel up and realized I couldn’t continue to drive safely, as everything was spinning around, sort of like the old days, but without the help of illegal substances. I was taken to the hospital, and was under evaluation, when I broke out. I had an important gig at Carnegie Hall in New York – The end of an annual series I’d been doing for decades and it was Sold Out. I had to be there. It was imperative.

The next morning I left the hospital, took the family and headed for New York. And what a show it was! We wrapped up 50 years with a terrific evening with the entire family on stage. I really enjoyed it.

The following day I flew to my home in Sebastian, FL just as I had done for years, this time with the history of Carnegie Hall behind me. My girlfriend, Marti picked me up at the airport, and we settled into the routine of being on the river I loved. Two nights after arriving home, I awoke in the morning and was lurching from side to side. I knew something was wrong, and went to keep a doctors appointment we’d previously set up. The doc said “You need to go to the hospital – Now.”

So, Marti took me to the hospital nearby in Vero Beach. They kept me there for 3 days, running tests of all kinds, and essentially informed me that I’d suffered a stroke. This time was more serious, as I’d lost some ability to walk, and I wondered if I would be able to play music. I spent about a week in a rehab center to re-learn the basics, like walking. I went home after that, and began a regimen of playing guitar, walking… All the things I would need to continue touring and performing. During the entire time, Marti kept the family and close friends advised as to my progress, and took really great care of me. I needed all the help I could get. And she was there to see it done right.

By the the time our first shows began in 2020, I was at about at 80% and felt like I was improving. Then the pandemic hit. All the shows we had planned for 2020 were at first, postponed, then rescheduled and finally cancelled. My hopes for a gradual recovery onstage came to an abrupt end.

Meanwhile, I’d decided back in 2018 to move from the home in Florida. And just as I’d returned from our last gig in Tennessee, a buyer appeared, and we had a deal on the table to sell The CrabHouse. I wasn’t in any shape to go through the intricacies of selling a guitar pick, let alone a home with 30 years of stuff we’d collected. Marti ended up doing it all. She finalized the deal, and dealt with the stuff that either had to be sold, moved or thrown out. It was quite a lot. But, through garage sales, online markets, movers and friends, she’d pretty much emptied the CrabHouse of everything, and we moved into her place about a mile away.

We were there for a few weeks, before it was safe enough to return to The Farm in Massachusetts. That was in June 2020. Since then we’ve been holed up at The Farm trying to keep out of harms way, and also trying to provide some online entertainment for our friends who were, and continue to be, holed up wherever they are. My band and crew arranged a few short gigs that were filmed at The Church, but when I saw the play-back in the editing room I realized that it was not up to the standards I expected of myself, let alone the expectations that our friends and fans had come to enjoy.

A folksinger’s shelf life may be a lot longer than a dancer or an athlete, but at some point, unless you’re incredibly fortunate or just plain whacko (either one or both) it’s time to hang up the “Gone Fishing” sign. Going from town to town and doing stage shows, remaining on the road is no longer an option.

I don’t remember answering the question on the other side of that piece of paper when I was asked “Kid! Have you rehabilitated yourself?” But, the short answer is now clearly, “No!” In fact, I hope to be a thorn in the side of a new administration pretty soon. Tom Paine once wrote “To argue with a man who has renounced the use … of reason, and whose philosophy consists in holding humanity in contempt, is like administering medicine to the dead….” In other words, you cannot and should not argue with people who don’t care, or hold the caring of others in contempt. A healthy suspicion of authority, left, right or center has been the hallmark of my career since the beginning, and I will continue to poke fun at cultural, political, or personal absurdities as I see it. I’m actually looking forward to it.

I’m happy, healthy and good to go, even if I’m not going anywhere. I’ve taken back 6-9 months that I used to spend on the road, and enjoying myself with Marti, my family and friends. In short – Gone Fishing.