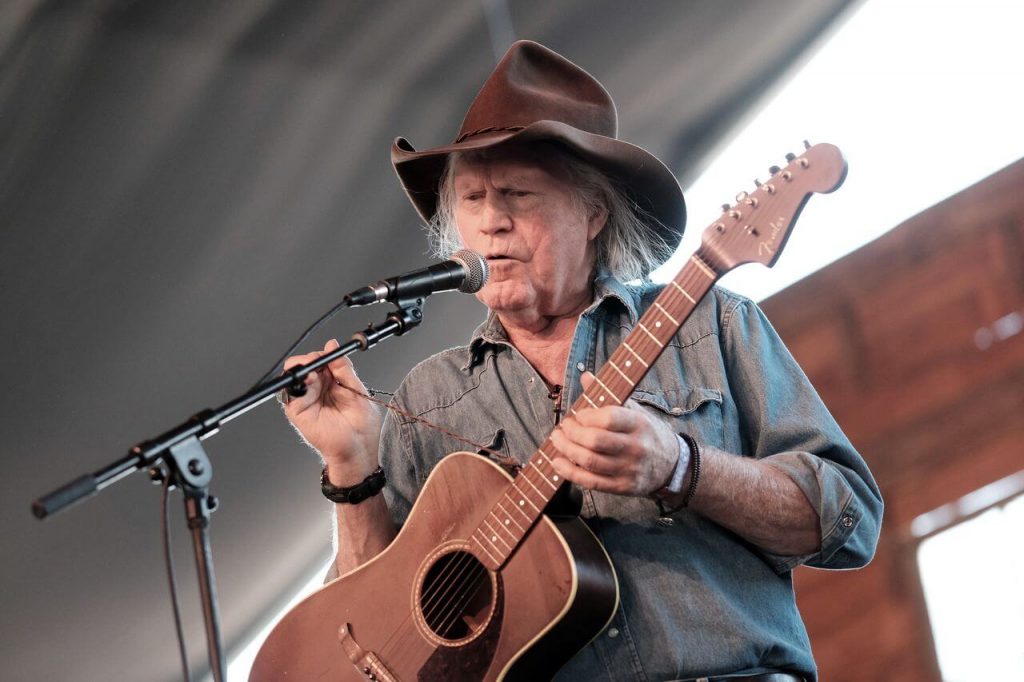 Texas singer-songwriter Billy Joe Shaver  has passed away from a stroke. He was 81.

With just an 8th grade education and three fingers on his left hand, Shaver proved instrumental in the American outlaw country movement. Born in 1939 in Corsicana, Texas, he was raised by his grandmother while his mother worked in a Waco honky-tonk. He joins the Navy on his 17th birthday, and the same year meets Elvis Presley. The rest is history, as they say. Presley later records Shaver’s “You Asked Me To” three times.

One day in 1968, Shaver appeared in Bobby Bare’s Nashville office, where he convinced Bare to listen to him play. He was given a writing job for $50 a week. Shaver lived in Bare’s publishing office and bathed in a #3 washtub. Bare records more than 20 Shaver songs, including “Ride Me Down Easy,” a #1 hit in Cashbox magazine (Top 5 Billboard) in 1970.

His songs didn’t really see the light of day until they were recorded by the likes of Kris Kristofferson (“Good Christian Soldier”), Tom T. Hall (“Willie the Wandering Gypsy and Me”), Bare (“Ride Me Down Easy”), and later, the Allman Brothers (“Sweet Mama”) and Elvis Presley (“You Asked Me To”). Shaver’s own debut album, Old Five and Dimers Like Me, was produced by Kristofferson in 1973.

Shaver made his film debut as a leading character in Robert Duvall’s film The Apostle in 1996. (A Portrait of Billy Joe, produced by Robert Duvall and wife Luciana Pedraza, debuted at the SXSW Film Festival in 2004.)

Shaver was invited to play the Grand Ole Opry in 1999. In 2006, he was inducted into the Texas Country Music Hall of Fame. He recently served as spiritual advisor to Texas independent gubernatorial candidate Kinky Friedman. His 2007 album, Everybody’s Brother, was nominated for a GRAMMY, and the Americana Music Association awarded him their Lifetime Achievement Award in Songwriting.

In 2007, Billy Joe surrenders to authorities and is released on bail for his involvement in a shooting during a bar fight, and on the same day releases his Greatest Hits album while appearing at a promotional record-signing event.

Bob Dylan, an artist who rarely covers others, has often played Shaver’s “Old Five And Dimers Like Me” in concert. Johnny Cash called him “my favorite songwriter.”