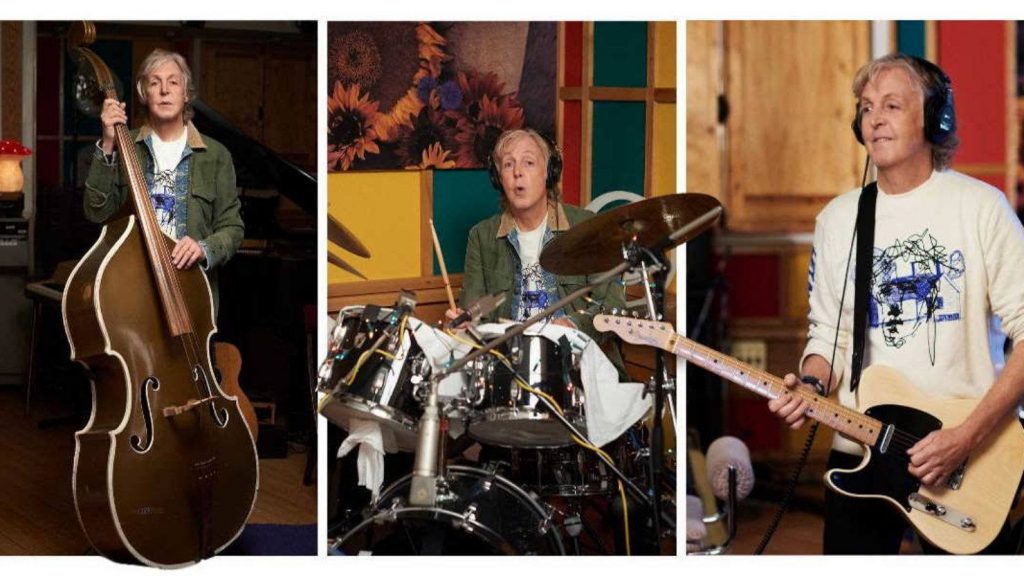 Paul McCartney has announced the release of his latest album, McCartney III. The solo effort follows 2018’s Egypt Station and is the third in a trilogy of eponymous albums (1970’s McCartney and 1980’s McCartney II). Like the first two albums, McCartney III was written, produced, and performed entirely by Paul and recorded in his home studio.

“I was living lockdown life on my farm with my family and I would go to my studio every day,” says McCartney. “I had to do a little bit of work on some film music and that turned into the opening track and then when it was done I thought what will I do next?

According to a press release, Paul hadn’t planned to release an album in 2020, but in the isolation of “Rockdown,” he soon found himself fleshing out some existing musical sketches and creating even more new ones. Before long an eclectic collection of spontaneous songs would become McCartney III: a stripped back, self-produced and, quite literally, solo work marking the opening of a new decade.

Recorded earlier this year in Sussex, McCartney III is mostly built from live takes of Paul on vocals and guitar or piano, overdubbing his bass playing, drumming, etc. atop that foundation. The process first sparked when Paul returned to an unreleased track from the early ’90s, “When Winter Comes” (co-produced by George Martin). Paul crafted a new passage for the song, giving rise to album opener, “Long Tailed Winter Bird” — while “When Winter Comes,” featuring new intro “Winter Bird,” became the new album’s grand finale.

“I had some stuff I’d worked on over the years but sometimes time would run out and it would be left half-finished so I started thinking about what I had. Each day I’d start recording with the instrument I wrote the song on and then gradually layer it all up, it was a lot of fun. It was about making music for yourself rather than making music that has to do a job. So, I just did stuff I fancied doing. I had no idea this would end up as an album,” McCartney said of the sessions.

Pre-order McCartney III, out on December 11 through Capitol Records.