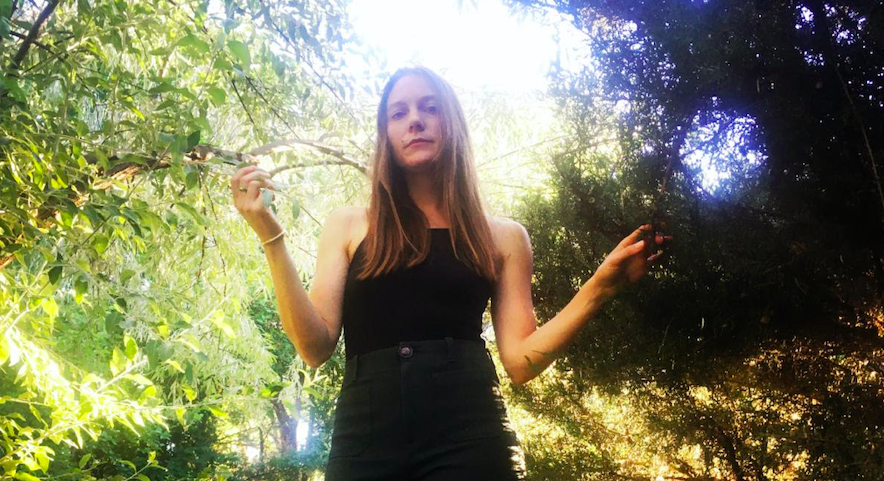 Petrichor was heralded last month by the album’s first single, “Love It Grows.” It was joined by an official music video streaming now at YouTube. She also released her version of the Harry Nilsson classic “Jump Into The Fire.” An official music video for the song takes you on a psychedelic road trip through the American southwest complete with vintage cars and gear.

Trost’s second solo full-length is fresh and unique, as experimental as it is accessible. Recorded between 2018 and 2019 by Trost and her husband Jeremy Barnes at their New Mexico home studio, these seven lush, beautiful songs defy easy categorization, gleefully mixing elements from multiple genres to create a strikingly modern psychedelic pop, futuristic and shimmering and smart.

“Even though shit had yet to hit the fan when I wrote these songs,” Trost says, “2019 also felt like such a crazy year in terms of what was happening in the world, I felt like I needed to remind myself to have joy and love in my heart. It’s something I meditate on a lot, especially when it seems like the world is ending.”

Petrichor marks the latest installment of Trost’s wildly impressive catalog, much of it created in collaboration with Barnes, known for his work as a member of the band Neutral Milk Hotel and many other projects. The two are community activists, urban gardeners, co-founders of their own Living Music Dupli-Cation label, and full-time musicians – including, of course, their dazzling and impossible-to-categorize, Eastern European folk-influenced band, A Hawk And A Hacksaw. A multi-talented singer and instrumentalist – including violin, autoharp, keyboards, and others – Trost has spent much of the past two decades touring and recording with dozens of artists, including Josephine Foster, Thor & Friends, Claire Cronin, and Swans.

Listen to “Tracks to Nowhere.”

I’ll Think Of You

Jump Into The Fire