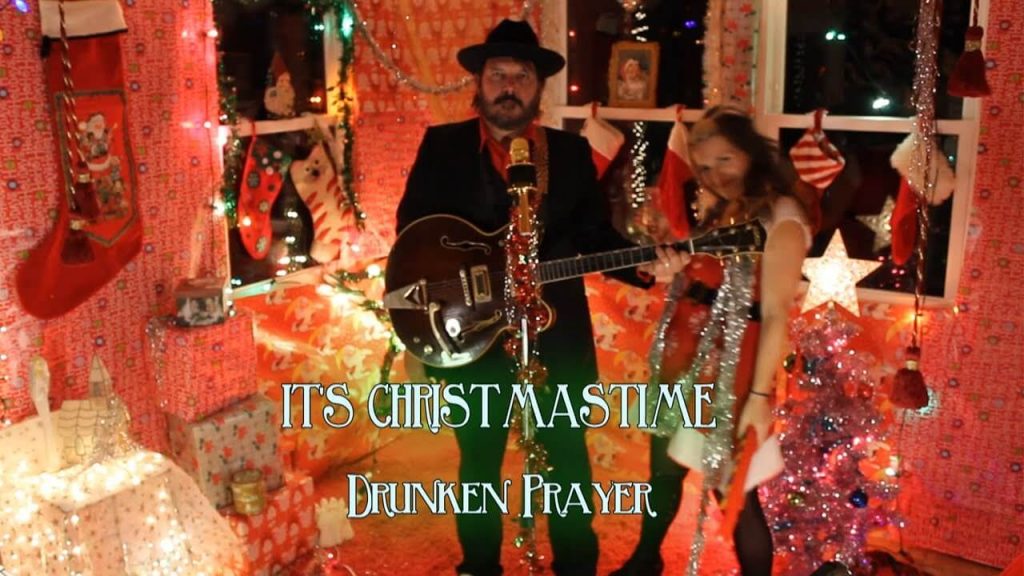 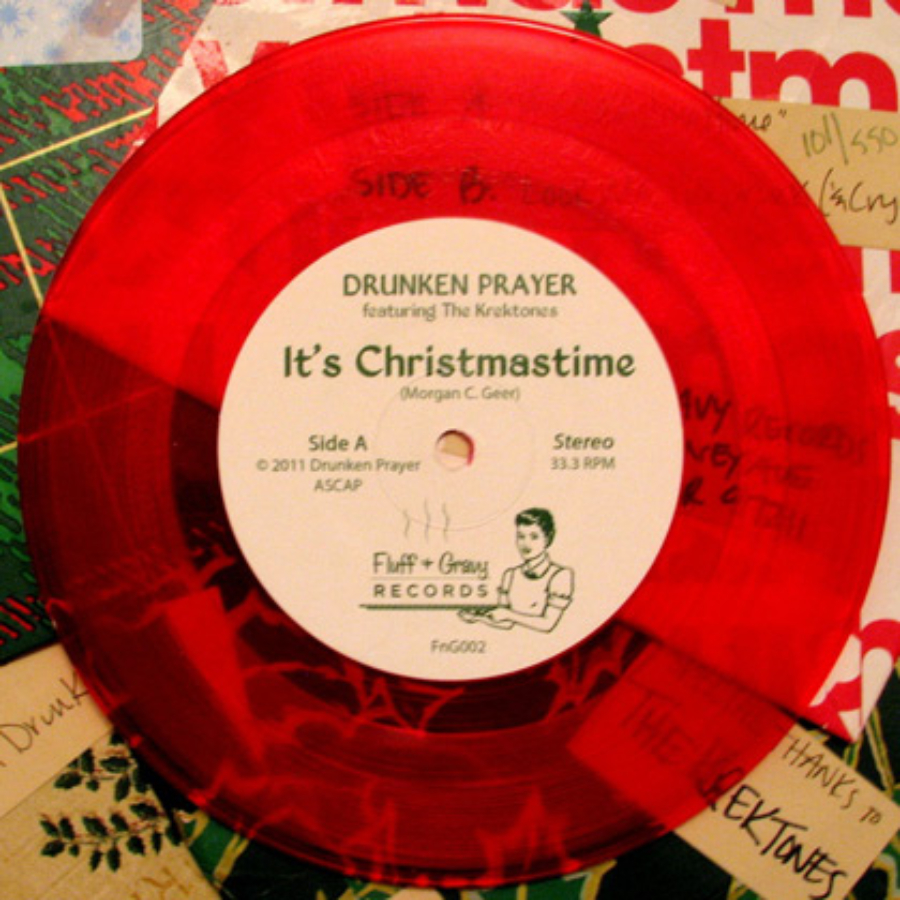 Originally released on Portland, Oregon’s Fluff and Gravy Records, the song was recorded in Asheville, North Carolina with help from backing band The Krektones (members of Squirrel Nut Zippers, Reigning Sound and Freakwater).

On side A, the singer’s sweetheart is spreading Christmas cheer with everyone in town while the flip side’s “Look Ma, I’m Drunk (And Crying)” weeps the touching holiday lyric, “If Jesus was here he’d buy me a beer.” “O Holy Night” this isn’t.

Morgan Christopher Geer was born in San Francisco and grew up traveling around the US, following his folk-singing mother. Today he splits time between Portland and Asheville. He’s lived in nearly every region of the country and sounds like it. His is American music – straight, no irony chaser.

Drunken Prayer will likely bring to mind The Band for a lot of listeners, with the sense of place and tradition. But Morgan Geer’s songs and his singing often suggest a kinship with artists like Bobby Charles or Doug Sahm, musicians with Southern roots, with a yip and break to their voices, and notes of sadness offset by a wicked sense of humor.

Over the past two years Drunken Prayer has played hundreds of shows across 18 countries and across the US at venues such as the Pickathon Music Festival and San Francisco’s Great American Music Hall. Geer’s music has been featured on AMC, NPR, WFMU and SiriusXM.