Israeli Bluesman Hits His Supergroove: A Chat With Andy Watts 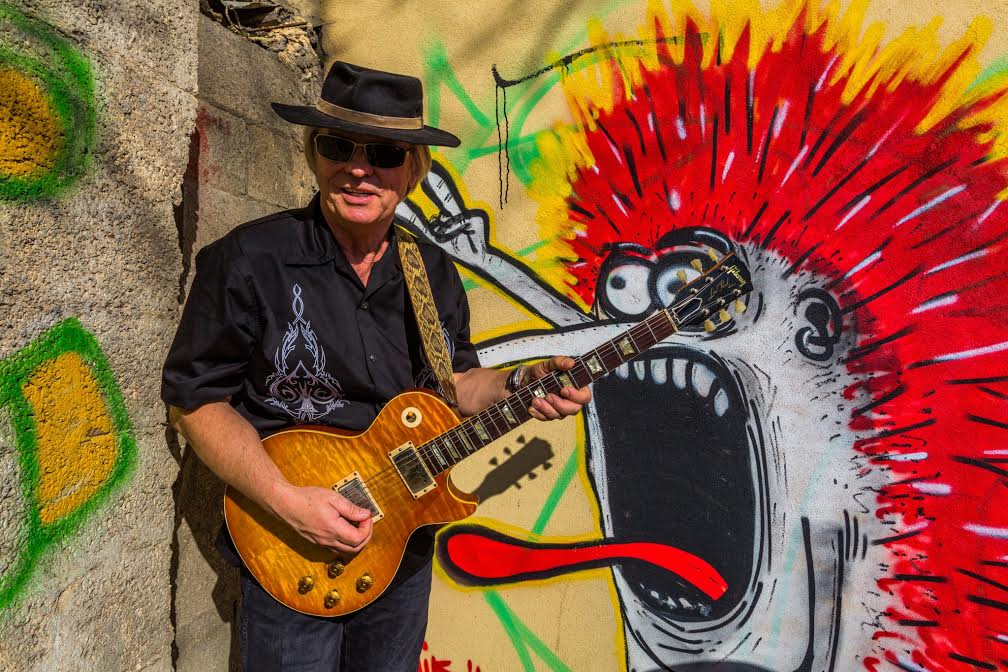 While blues music may have its roots in Mississippi, it has branches that stretch around the world; ardent fans and talented players can be found everywhere. In Israel the blues scene is headed by the Tel Aviv-based guitar slinger Andy Watts who has just released a new album called Supergroove.

Watts has added a few branches of his own to the blues tree, gaining colleagues like Kenny Neal, Joe Louis Walker and Eliza Neals along the way. All are involved in Supergroove; Neal co-produces along with Watts while Walker and Neals appear as guest vocalists.

Guest vocalists actually handle all of the singing on Supergroove as Watts prefers to let his guitar do the talking. Two instrumental cuts bookend the 10-song set; the horn-enhanced, Stevie Ray Vaughan-like title track opens the effort while an appropriately haunting version of Peter Green’s “The Supernatural” closes the record.

In the middle are standouts like the Chicago blues of “Living Hand to Mouth” where Roy Young’s vocals are pushed along by Watts’ guitar riffs and mean blues harp from Rick Estrin as Coastin Hank, and the slow and sexy, Robert Cray-recalling “Burning Deep” with Walker on vocals. Neals sings on the funky “Blues of the Month Club” and Young takes another vocal turn on the also funky Freddie King-associated tune “Pack it Up.”

Watts discusses the making of Supergroove and his thoughts on the Israeli blues scene below.

Kevin Wierzbicki: Your new album, Supergroove, features numerous guest vocalists. Are you a singer at all, either casually or professionally?

Yes, I do the vocal guides for the songs that I’ve written and I perform backup vocals live. I have basically written my next album Lockdown and might do vocals on one or two of those songs. But at the moment we’re busy promoting Supergroove so Lockdown won’t be out until next year.

How did the guest musicians contribute to the album; was it a long distance thing or did they come to Tel Aviv? If you were able to play together live, did you have a favorite session?

“Burning Deep” and “Blues of the Month Club” were recorded in Israel with vocals by Joe Louis Walker and Eliza Neals respectively being recorded in the US. Rick Estrin, aka Coastin Hank, laid down his harp parts in Israel as we were doing a couple of shows together here. I have brought to Israel and performed with many American blues stars over the years including Lucky Peterson, Johnny Winter and Bernard Allison. Not from Supergroove, but a favorite session would be from my 2018 album Blues on Fire when I recorded that album’s title track here in Israel with Joe Louis Walker.

What’s the blues scene in Israel like right now during the pandemic?

The blues scene in Tel Aviv was alive and kicking; we’re in a partial lockdown at the moment. I have a nine-piece band with a full horn section, “Andy Watts & Blues on Fire,” where we play bigger venues. The last show though was March 11 and nobody knows when the live scene will be back.

What’s the story behind the Tel Aviv neighborhood with all the artful graffiti that appears on the Supergroove CD cover and in the video for “Straight Shooting Woman?”

That neighborhood is called Florentin and it is full of art and graffiti. I liked the vibe of the small alleys so I used it for the video. One purpose of art is to make people ask questions and I am sure many will wonder why there is a yellow rhino on the album cover. Because it’s a super groovy rhino!

You’ve dedicated Supergroove to the city of Tel Aviv. Tell us more about that.

I dedicated the album to the city of Tel Aviv because that’s my main blues alley and where we mostly perform. And I wanted to point out that even though I’m bringing high caliber blues stars to Israel, the music I write is still made in Israel and that Tel Aviv is a sophisticated city full of arts, music and good food. It’s a great fun place to be. I wanted to make people look at Tel Aviv and Israel from a different perspective.

You end Supergroove with a Peter Green cut. Did you ever have a chance to meet him?

Peter visited Israel and spent some time at a Kibbutz but I never met him. He’s one of my main influences; his approach and attitude is to not overplay. It’s way more difficult to play less and say more. I planned Supergroove as a live show, kicking off with “Supergroove,” cruising through the other songs, and ending with the chill “The Supernatural,” putting my touch on it with a trumpet and Hammond B3 solo. I have imagined driving on a lonely highway and listening to the album.

Some Arab nations have recently normalized relationships with Israel. Does this make it more likely that you’ll perform in, say, Dubai?

We are welcoming peace and understanding with all neighbors. So far I have not been invited to Dubai.