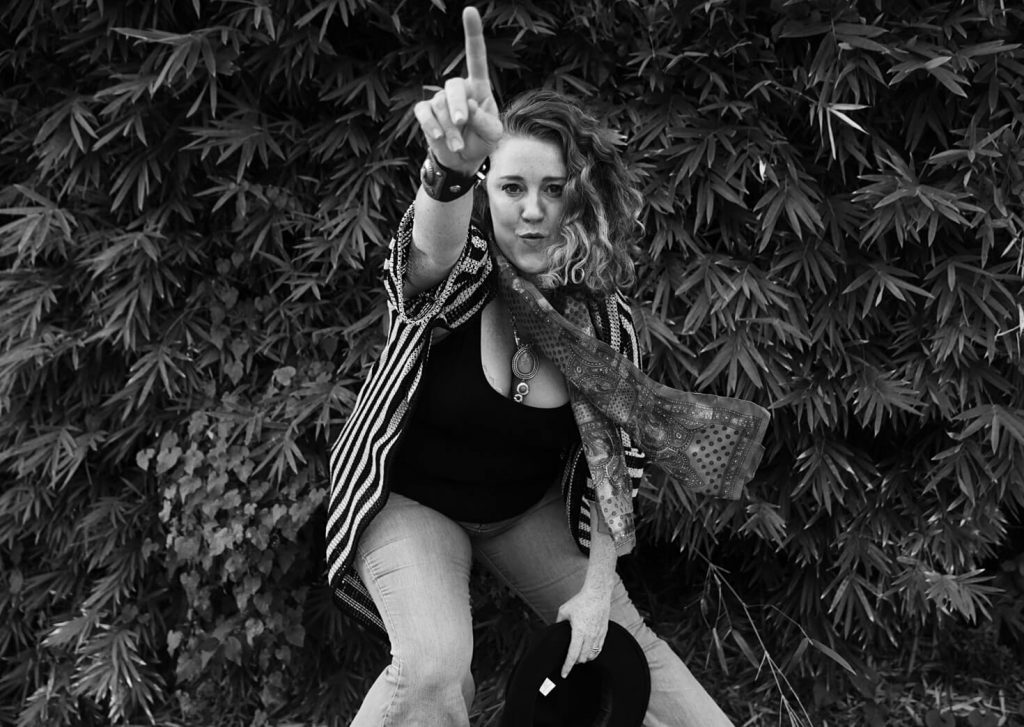 Cari Hutson, an Austin, Texas born singer/songwriter, has lived an intriguing life to say the least. A military brat, she spent her formative years in Southern California, Okinawa, Japan, and Slidell, Louisiana, dancing and singing in talent contests and school theater productions.

Hutson may be the only person we’ve ever heard of who was urged to drop out of college by one of her professors. Not because she had no talent, but conversely because they couldn’t teach her more than she already knew. That incident plunged her headlong into her true passion: writing her own songs and performing them with her own band. 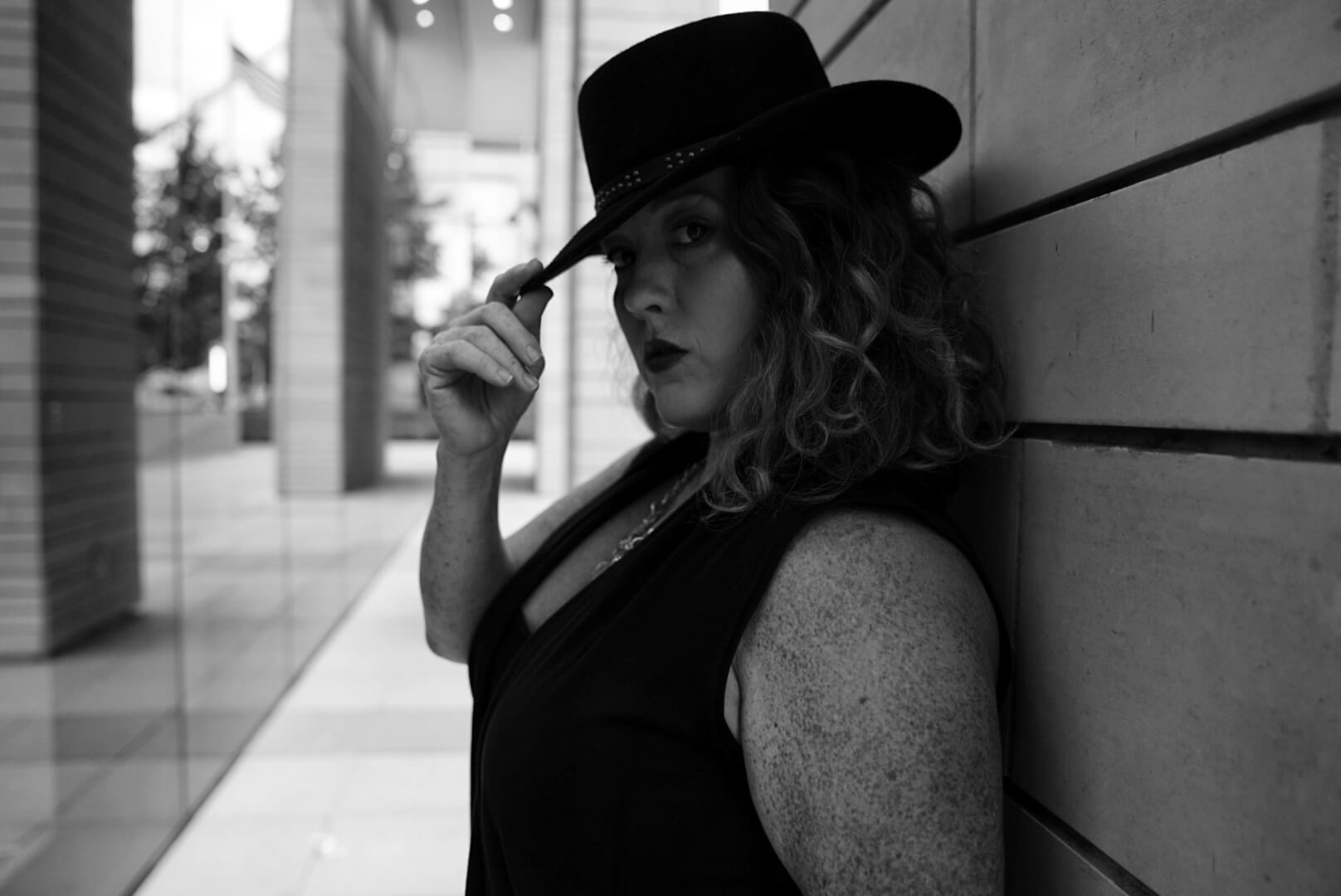 Although she grew up influenced by pop divas such as Janet Jackson and Paula Abdul, Hutson has a natural grit to her voice that she has employed, dismissed, and reemployed finding that her own self is the artist she wants to be.

Cari released her eponymous debut album in 2011. “I was quite green when I recorded that first CD,” Hutson says. “Since then I’ve found my own voice both literally and figuratively. When all those recordings were done back in 2011, it was meant to be an EP demo that turned into a full scale record, and it kind of happened without my knowledge. One recording led to another song, which led to another song. My songwriting partner and guitarist at that time was selling guitars to pay for it, and I didn’t know it. It was just such a whirlwind experience.”

Finding her own voice was partly spurred by a critique from Texas Grammy-winning artist Christopher Cross, who had seen her perform live on stage. She gave Cross a copy of her debut CD and asked for his honest opinion. “It sounds real pretty, but where are you?” Cross commented. “You’re gritty and you’re soulful and you have attitude, and I don’t hear any of that in here.”

“I had asked for his full honesty,” Hutson confirms. “I feel like I’ve come full circle. I started out as the Cari Hutson Band, then I just went with Cari Hutson, then I went to Cari Hutson & Good Company, and now I’m back to just Cari Hutson. His comment brought me back to myself. But the recording process is where his comment has really found me now. Letting the grit shine through a little bit more. It’s been a while since I thought about that comment. It was hard to hear, but it made sense.”

We wondered what kind of performance Cross had heard prior to listening to the CD that would prompt such a response. Hutson had previously been part of more than a few bands, playing cover songs in Austin and nearby San Marcos bars. “My older brother, Coy, had a blues band when he was in high school,” Hutson shared. “So I heard a lot of blues coming from his bedroom when I was growing up. I didn’t really understand it at the time, because I was super into pop singers that moved, because I didn’t know I could sing yet and just wanted to be a dancer. But my brother was always a huge influence on me with the blues, and years later when I was in Blu Funk Junction, this nine-piece band that had a horn section and a really big sound, it was Coy who brought me this song of Janis’ that had horns on it, ‘Try.’ He said, ‘Cari, I think you guys should cover this!’”

The band agreed and worked it up just in time for what would prove to be their first really big gig, opening for Bob Schneider’s immensely popular band the Scabs at the Steamboat in Austin. The house was packed and Blu Funk rose to the occasion, and when they got to the Joplin tune, Hutson went for broke. “Up until that moment, I had never sung the chorus out full, because we’d only practiced it in our storage unit and I was afraid I couldn’t hit the note and also didn’t want to scream everybody’s heads off,” she says. “But that first time singing it at Steamboat, I just went all out, and I’ll never forget my brother standing there in the second row with his arms in the air going ‘That’s my sister!’ I was as shocked as he was that I did it, but I thought, ‘Ok, that’s what that feels like!’

“After that, I sang differently,” she continues. “It changed the whole way that I wrote and how I accessed my voice. I didn’t always sing like that, but I knew I had it in me. I knew that I could wail.” 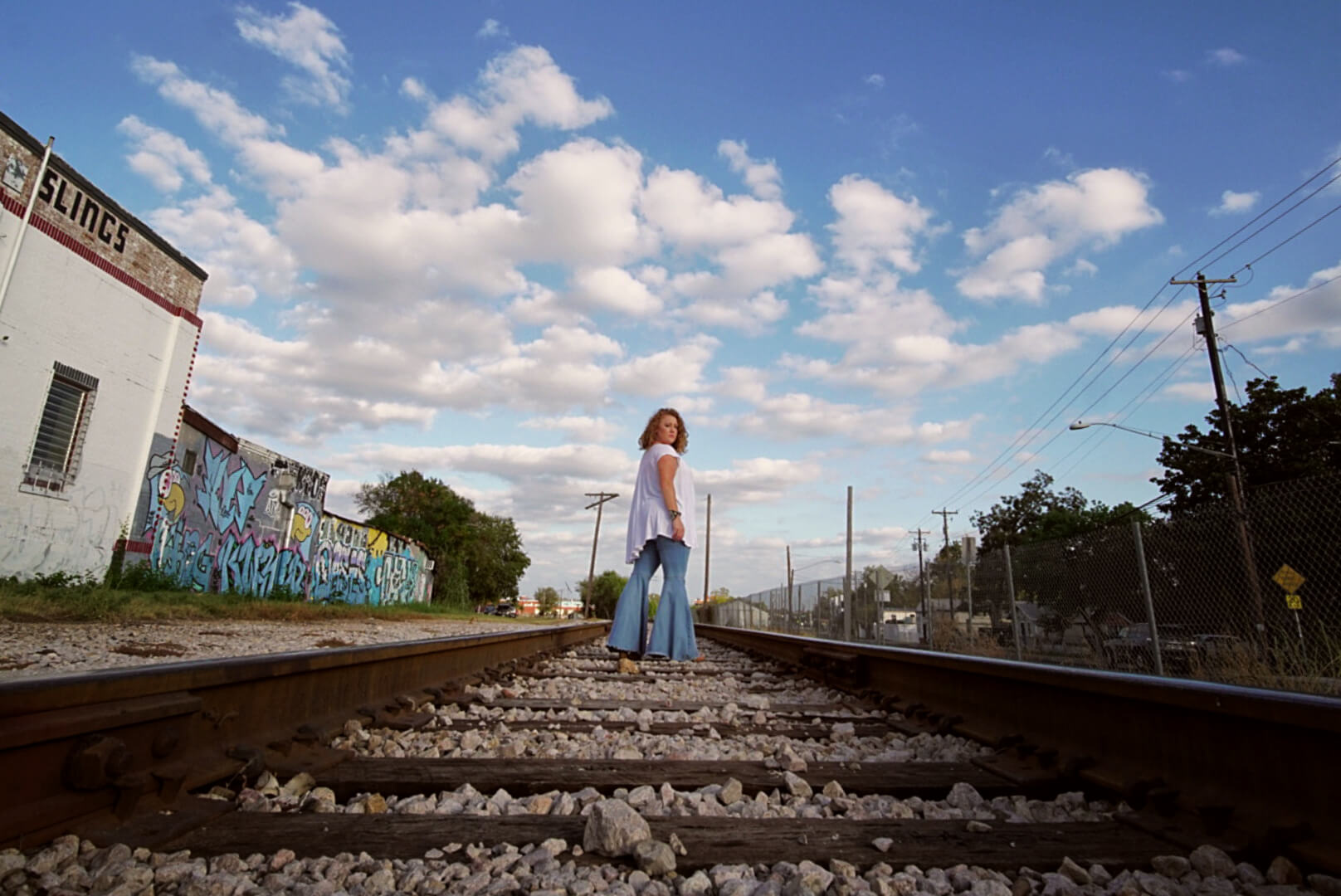 That performance also led to Hutson starring in a stage production of One Night With Janis Joplin, and an affinity with the late artist. “The main thing I want from my live performances is a true connection to the audience,” Cari said. “I think Janis felt the same way. At least that’s my takeaway from her.”

In 2016, Hutson proved she could wail on her second album release, Don’t Rain on My Sunny Day. Songs such as “Burn,” Kerosene,” and “Turn the Page,” brought out Cari’s primal urgency accented by a powerhouse delivery.

Songwriters draw from personal life, and American Blues Scene recently premiered Hutson’s latest single, “The Rescue,” a powerful track dealing with memories of her recently deceased mother, as well as Cari’s own perceptions of motherhood.

“My husband and I brought a little girl into the world September 1st, 2016,” Hutson told us. “Becoming a mother really changed my perception of what it is to understand my own mother. My mom and I went through a rough time, and I use it in past tense because she just passed this September. When I became a mom it shone a light on how much she was a human being who had flaws and her own battles to overcome. Not only alcoholism, but daily battles of being a mom and professional woman. ‘The Rescue’ is about her battle with alcoholism but also about knowing when to throw the line out and ask for help. Not being the hero all the time. Sometimes you just need saving. The song is about being on both sides of the rope.

“It was a song written by my husband, Hunter St. Marie, and myself at the kitchen table on a Sunday afternoon while our daughter was napping. It was the first song we wrote since her birth. It was quite an expression of love on both sides. He had a guitar riff that he was chumming along to. Typically the way I write is I get the impulse from another player, since I don’t actively play guitar myself. My husband is an amazing guitar player, the breeze was coming in through the kitchen window, it was just magical. I hate to use that phrase since it’s so cliche’ but it truly took the breath out of both of us.” 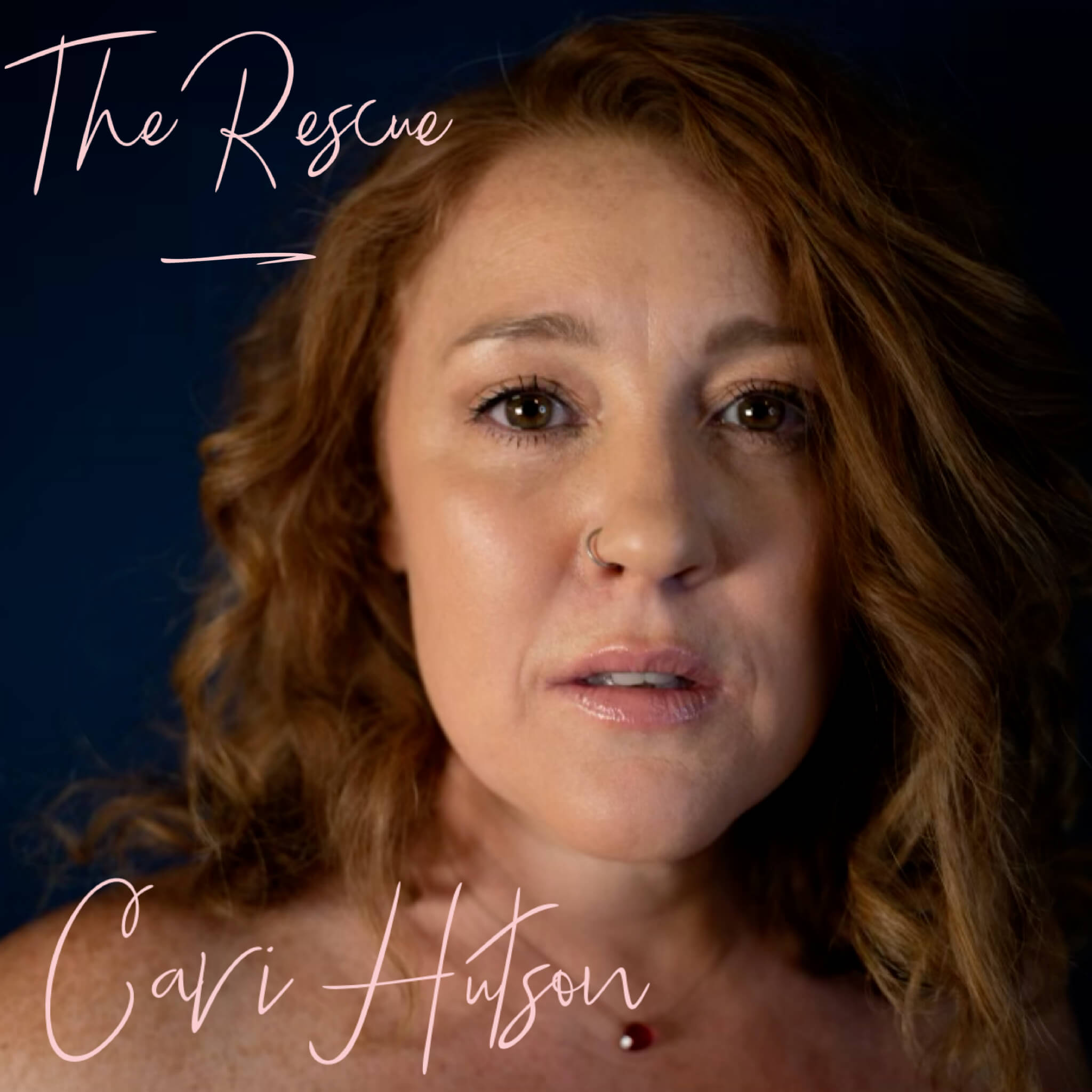 Another recently released single, “Blame,” is also a powerful song, but completely different from “The Rescue.” “Hunter and I wrote that at the beginning of the pandemic. We were sitting on the porch of his parents’ house in Galveston, talking about politics, and state of the world. Hunter mumbled, ‘blame, blame, blame.’ Funny enough he got a phone call right after that and I went off on a tangent. When he finished his call, I said, ‘go get your guitar, I have an idea.’

“When we got back to Austin getting ready to do our livestreams, he picked up his guitar, and got this little riff going, and the song just took flight really fast. I’ve never written from a social or political viewpoint ever. That’s not my jam. I try not to get to messed up with that. It just really makes me feel crazy. But on this one, the piss and vinegar came out for sure.

“Since I’ve become a parent, my whole viewpoint has shifted. When you’re a little younger, ignorance truly is bliss. You can keep your head in the dirt if you want to and be happy as can be. But when you’re raising a kid, your eyes need to be up and out all the time. The things going on in the world become much more important because you’re tying to prepare it for your little cub, you know. I want a better world for her. I want a world where she can make decisions for herself and be a professional and make the money she deserves, and get respect, have confidence and I want trees and forests and all these things to still be there for her.

“Anyway, ‘Blame’ was a call to action to the powers that be to take responsibility for what they’ve done in this world. And for us, as a people, to make them take that responsibility. It’s just to shine a light. We have another song called ‘Stand Up’ that will be on the new EP as well that’s a call to action. One of stepping inside yourself and finding your own personal strengths.”

The new EP that Hutson references is entitled Salvation and Soul Restoration which is set for release in February, 2021. It is the first new music that Hutson has released since Don’t Rain on My Sunny Day in 2016.

It’s not just the pressure of motherhood that weighs on Hutson and inspires her lyrics, but the role of women in the music business in general. “There are so many pressures that want you to act and even look a certain way,” she says. “I’m 42 and I’m not your size zero. I’m a curvy woman in my 40s but I have something to say. I’ve been singing a long time, but have never had my time in the light so to speak. But I have fought a lot of battles inside myself during this journey of being a singer/songwriter/woman in this business. Trying to be Superwoman all the time will tear you down.”

Cari Hutson recently won a Black Fret grant which is helping her pay for the production of the new EP, which she is hoping will get her music, and her message more exposure. “In this day in age, there is so much music that it’s overwhelming,” Hutson says. “I would say take a chance on a new artist, and listen to their full song. Slow yourself down, listen to the full scope of the music and understand a full song can’t happen in thirty seconds. A lot of people have so little patience for sitting and just enjoying something. My music is for enjoying. My music is for connecting. Don’t be afraid of real emotions and tapping into your feelings. That’s what I try to do with my music and my hope is to make a connection. Oh, and turn it up! That’s the way it’s supposed to be heard.”