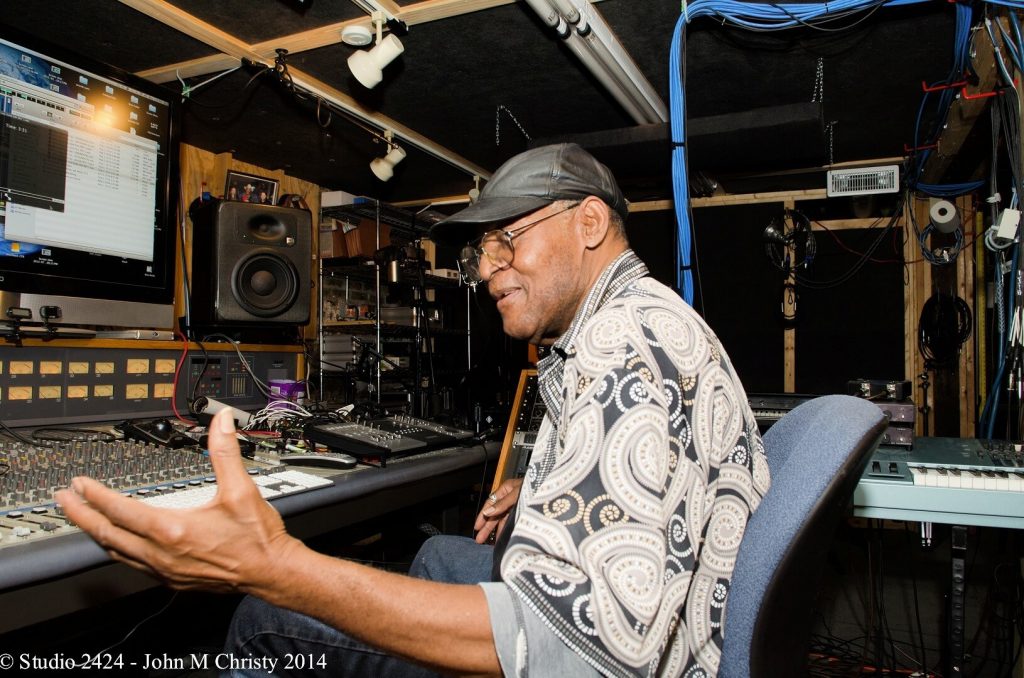 Today would be the 80th birthday of Cash McCall. Tomorrow, January 29th, Nola Blue Records will release a posthumous single honoring McCall’s birthday. “Blues Coming Down” is the second such release from Nola Blue. Last year they released “One Who’s Got a Lot” on January 31st.

Most musicians are lucky to achieve a measure of stardom and artistic fulfillment in one genre. Cash McCall managed the elusive feat in no less than three.

Cash began his musical career in the gospel field during the early 1960s in Chicago before making his secular leap into soul music. Renamed Cash McCall by a local record company without being consulted, he scored a Top 20 R&B hit under his new moniker in 1966 and then enjoyed success behind the scenes as a songwriter and session guitarist at Chess Records. Moving to Los Angeles during the mid-1970s, McCall solidified his status as a versatile session guitarist and top-flight bluesman, working with his longtime friend Willie Dixon and other notables. More recently, McCall settled down in Memphis, not all that far up the road from the rural Mississippi cotton fields where he spent much of his youth.

Throughout it all, McCall’s enthusiasm for the music he loved never waned. Going Back Home, his 2019 CD in partnership with his old friend, bassist Benny Turner, underscores that lifelong dedication. It’s a loving tribute to their shared roots on the Windy City blues scene of the ‘60s, the duo having a ball as they dig deep into romping revivals of classics by Elmore James, Howlin’ Wolf, Harold Burrage, Willie Mabon, and Little Johnny Jones—postwar Chicago blues giants that Benny and Cash either played with, recorded with, or knew personally.

Born Morris Dollison, Jr. in New Madrid, Missouri, he spent his early years on Chicago’s near North Side, his father thriving as a milkman in the big city. But little Morris and his siblings had to learn a very different way of life when Morris Sr. decided to move his family to Mississippi. There they picked cotton, planted vegetables, and attended school and church in a segregated environment that was very different from what they’d previously experienced in Chicago. Mississippi was also where the youngster first learned to play guitar—on a piece of baling wire nailed to the side of their home—and where he fell in love with the blues that he would later play so masterfully.

After living in several out-of-the-way destinations in Mississippi and Arkansas, Morris followed his brother Leon into the Army. To make extra money, he trained to be a paratrooper, but an accident while on field maneuvers landed him in the hospital for an extended stretch. Once he was fully healed and finished with his military service, Morris gravitated first back to Missouri, where he dabbled in singing with an amateur gospel quartet, and then up to Chicago, where his mother, sister, and younger brother had settled. He sang and played guitar or electric bass with a series of well-regarded quartets: the Jubilee Hummingbirds, the Pilgrim Jubilees, the Gospel Songbirds (where he first met Otis Clay), and for a memorable three weeks, the Five Blind Boys of Mississippi when they needed a replacement guitarist.

But as was the case for so many of his sanctified cohorts, the secular arena kept calling his name. Morris secured sideman gigs with soul star Alvin Cash, blues guitarist L.C. McKinley, harpist Alex “Easy Baby” Randle, and versatile guitarist Lefty Bates, learning the R&B side of the business along the way. A long stint as guitarist with Saxie Russell and the Starfires took him all over the city as the funky band played intimate lounges and cavernous dance halls.

Dollison wasn’t a total neophyte around recording studios by 1964—he’d appeared on singles by the Jubilee Hummingbirds and the Gospel Songbirds—but he and his young friends were understandably nervous when they ventured down to Record Row on South Michigan Avenue to audition their potential dance sensation, “The Earth Worm,” for One-derful! Records. When their lead singer froze due to an extreme case of mic fright, Morris stepped in and sang the song he’d written himself.

A&R man Monk Higgins and label boss George Leaner liked what they heard. “The Earth Worm” hit the streets as a two-parter on One-derful’s M-Pac! imprint, credited to Maurice Dollison & the Turnkeys. Although he didn’t make more singles of his own for One-derful!, he did find a niche there as a songwriter & session guitarist, penning several songs for Otis Clay including his hit “That’s How It Is (When You’re In Love)” and playing on Harold Burrage’s hit “Got To Find A Way.”

Fellow soul singer Chuck Bernard hipped Morris to St. Lawrence/Thomas Records on Chicago’s North Side when Dollison had written a new song to audition in 1966. He didn’t know Higgins had moved over there to take charge of the label’s A&R duties. Once again, Monk dug what Morris brought in, the moody soul number “When You Wake Up.” Dollison cut it with the house rhythm section, Higgins added horns and background voices later, and Thomas Records issued the impressive results as a single—under the fictitious name of Cash McCall. Morris belatedly learned of his new alias when he heard his creation airing on WVON radio.

“When You Wake Up” became a national R&B hit, and the newly christened Cash McCall sang his song up and down the prestigious Eastern theater circuit, including gracing a bill at the mighty Apollo. He also did a memorable tour with the Dick Clark Caravan of Stars that same year, sharing an all-star bill with rockers Mitch Ryder and Lou Christie and the Capitols of “Cool Jerk” fame.

Three Thomas followup singles, including an imaginative reworking of the pop chestnut “That Lucky Old Sun,” failed to chart for Cash. St. Lawrence/Thomas folded in 1967, and Higgins convinced McCall to join him at Chess. In addition to two singles of his own—“S.O.S.,” a first cousin to Clay’s “That’s How It Is,” and the Gene Barge-produced “It’s Not How Good You Make It”—Cash wrote for a variety of the label’s major soul and rock luminaries, notably Little Milton (his hits “More And More” and “Let Me Down Easy”), Etta James (“I Prefer You”), and Rotary Connection, as well as blues mainstays Muddy Waters and Koko Taylor and many gospel stars. McCall also added his stellar guitar work to countless Chess/Checker platters.

For all the studio work Cash undertook for Chess, it wasn’t until 1974 that he released his first full-length album, Omega Man, which was cut at Chess’s studios for Stan Lewis’ Paula Records (McCall also did some producing for the Shreveport, La.-based company). Chicago’s studio scene was growing less fertile, and when Minnie Riperton—once the receptionist at Chess before she went on to front Rotary Connection—offered him a gig as guitarist with her Los Angeles-based touring band, McCall and his wife relocated to L.A., where gigs and studio work proved more plentiful.

Cash subsequently made more albums under his own name emphasizing his blues side: No More Doggin’ for L+R in 1983, Cash Up Front on Stone in 1988 (his sidemen included Phil Upchurch, Richard Tee, and Les McCann), and The Vintage Room in 2007 on Dixon Landing. That inexorable Willie Dixon connection brought McCall one of his proudest moments when he played on Dixon’s Grammy-winning 1988 album Hidden Charms. Cash also played on Dixon’s Grammy-nominated soundtrack album Ginger Ale Afternoon the next year.

Though he moved to Memphis some years back, McCall continued to tour and record, producing other artists as well. Despite being stricken with cancer, he recorded Going Back Home in Memphis in 2018 and performed a rousing “I Just Want To Make Love To You” at a June benefit for him at the former Chess Records building at 2120 South Michigan Avenue in Chicago, now headquarters for the Dixon family’s Blues Heaven Foundation. 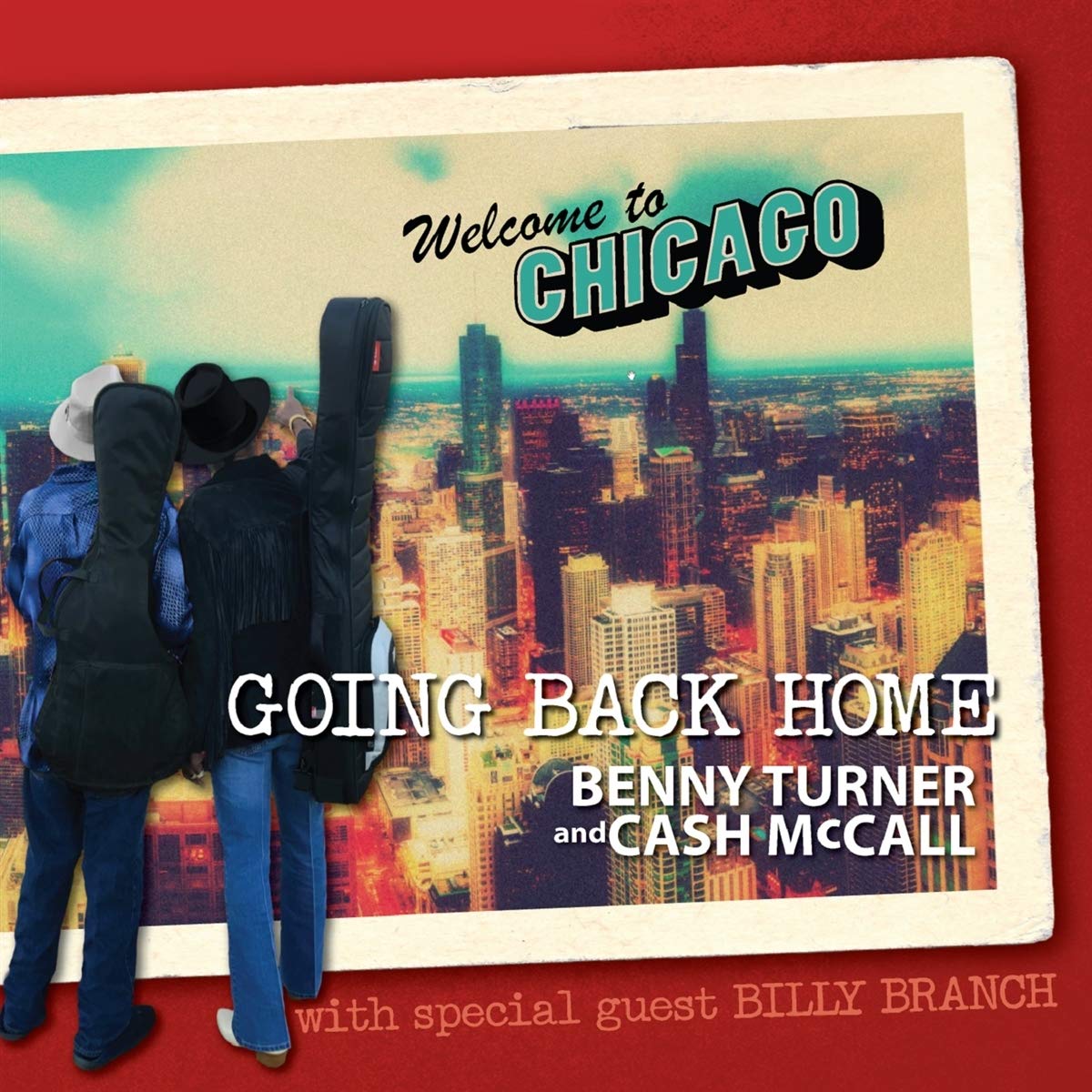 On April 20th, 2019, McCall succumbed to stage four lung cancer, but for more than half a century, the name of Cash McCall was musical money in the bank.