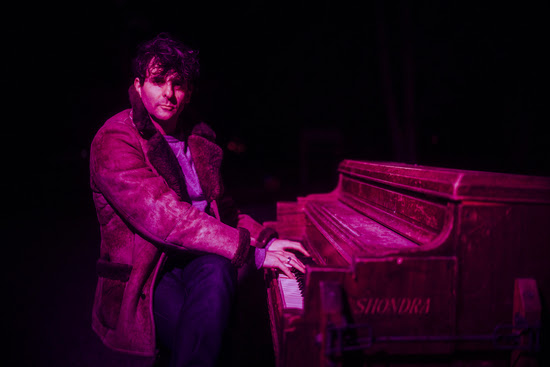 Low Cut Connie have released the official music video for “Charyse,” the new single from their critically-acclaimed double album Private Lives out now via Contender Records. This past Saturday, the band partnered with the Rock & Roll Hall of Fame for a special episode of their livestream show Tough Cookies which featured interviews with original members from Sly and the Family Stone. The full episode is available to watch here.

“There are 8 million stories in the Naked City. ‘Charyse’ is just one of them. I love singing about her,” says frontman Adam Weiner of the song.

“I’m so happy to be able to help tell the story of one of the greatest bands of all time,” states Adam Weiner. “Sly & the Family Stone expanded our minds and moved our asses like no other before, and I’m just so impressed that the Rock n Roll Hall of Fame trusted me and Tough Cookies with this project.”

Low Cut Connie’s twice-weekly show is continuing into 2021 with episode #80 today (Thursday, February 25) at 6:00 pm ET on the band’s Patreon. In addition to live performances and riotous commentary, Adam Weiner has interviewed artists and personalities such as Darlene Love, Joan Osborne, Big Freedia, Aaron Lee Tasjan and Nick Hornby on the show.