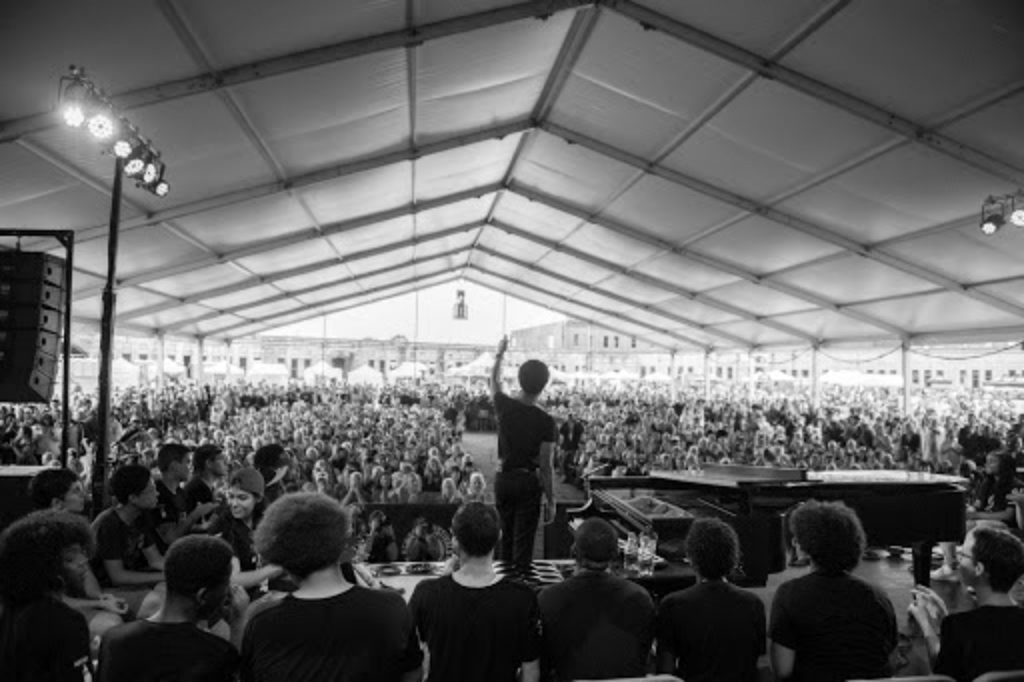 Over its six and a half decades, the Newport Jazz Festival® has been committed to providing artists a platform to showcase their mastery and innovation to the public, students and educators. The Jazz Festival has been preserving and expanding Jazz’s legacy and impact by igniting interest in new generations of Jazz lovers through their Jazz Assembly programs and educational initiatives. Now, the Newport Jazz Festival and the Newport Festivals Foundation will be able to continue their work as a recipient of a Doris Duke Charitable Foundation Leadership Grant.

“As a foundation that believes and invests in the vitality of jazz, the Newport Jazz Festival is an important partner for us,” said Ed Henry, president of the Doris Duke Charitable Foundation (DDCF). “For more than 65 years, the festival has presented jazz legends, offered platforms for promising emerging artists, and created an artistic space that showcases to global audiences the deep roots and evolution of this music. DDCF is pleased to provide this grant to recognize the leadership role the festival has played in the field and to help it continue to support artists and the music into the future.”

Since its inception, the Doris Duke Charitable Foundation’s Arts Program has recognized that substantial support to exemplary arts organizations plays an essential role in supporting the creative lives and livelihoods of artists. The Leadership Grants were designed to enhance organizations’ abilities to adapt to a complex, evolving environment that often obstructs their ability to plan and achieve long-term institutional goals and business plans. The grant will expand Newport’s Jazz-specific music education programming through content capture and curriculum development as well as provide artists with additional revenue streams.

The Newport Jazz and Folk Festivals, created by George Wein in 1954 and 1959 respectively, are some of the longest running music festivals in history. Newport Jazz has been home to legendary performances by Miles Davis, Ella Fitzgerald, John Coltrane, and Herbie Hancock while Newport Folk has had its stages graced by its co-founder Pete Seeger, Johnny Cash and Bob Dylan. Widely considered two of the most treasured cultural institutions in American history, they are known for their once-in-a-lifetime collaborations and more for what’s not announced than what is.

For over sixty years, the Newport Folk and Jazz Festivals have shown that music has the ability to positively impact the communities and lives it touches. “Doris Duke, who had a home in Newport, was often in attendance at the Newport Jazz Festival,” says founder George Wein. “I’m sure Miss Duke would be happy to see that DDCF is giving such meaningful support to Newport Festivals Foundation and what it means to the cultural life of Rhode Island, America and the world.”

In 2008, Jay Sweet joined Newport Folk Festival as Co-Producer. Since then, Sweet has steadily grown Newport Folk Festival from operating at a loss to becoming an immediate sellout months in advance of the festival and before announcing a single artist. The growth of the Folk Festival has allowed the organization to invest in the future of its festivals as well as expand the impact and reach of its music education initiatives. Now Sweet has taken on the dual role of Executive Producer for both the Newport Folk and Newport Jazz Festivals.

The Doris Duke Charitable Foundation’s Leadership Grant recognizes Jay Sweet, George Wein’s legacy and the Newport Jazz Festival’s continued commitment to diversity, education and support of artists in the Jazz Community. “It is such an honor to receive this grant from DDCF,” says Sweet. “With the legacy of Newport Jazz, my team and I feel an immense obligation to not only preserve jazz’s history, but allow it to evolve and flourish as its future unfolds – we can’t do that alone. Having a partner like DDCF, who understands that cultivating the next iterations of jazz lovers relies heavily on music education and providing opportunities to grow, means the world to us, especially in times like these. The long term effects this pandemic will have on music have yet to be seen. But together, with the support of DDCF, we have the will and means to ensure that the jazz community will not only survive but thrive.”

In 2010 the festivals returned to their non-profit roots of the 1950’s by creating the Newport Festivals Foundation, whose mission is to expand the impact of its music festivals through educational initiatives that celebrate innovation while preserving the deep traditions inherent in Jazz and Folk music. The Newport Festival Foundation believes every person deserves access to music education, regardless of socioeconomic status. Upon its creation, the Foundation expanded beyond the summer festivals to include music education programs.

The program partnerships they have developed now support a large and successful local, regional, and national network. In 2020, more than 22,000 students in 23 states and territories participated in programs; 650 instruments were provided to student musicians; and over 100 schools, after-school programs, and other non-profits were program partners. In particular, one of the Foundation’s programs, Jazz Ambassadors, directly served 12,000 students directly, prior to being suspended due to the pandemic in March 2020.