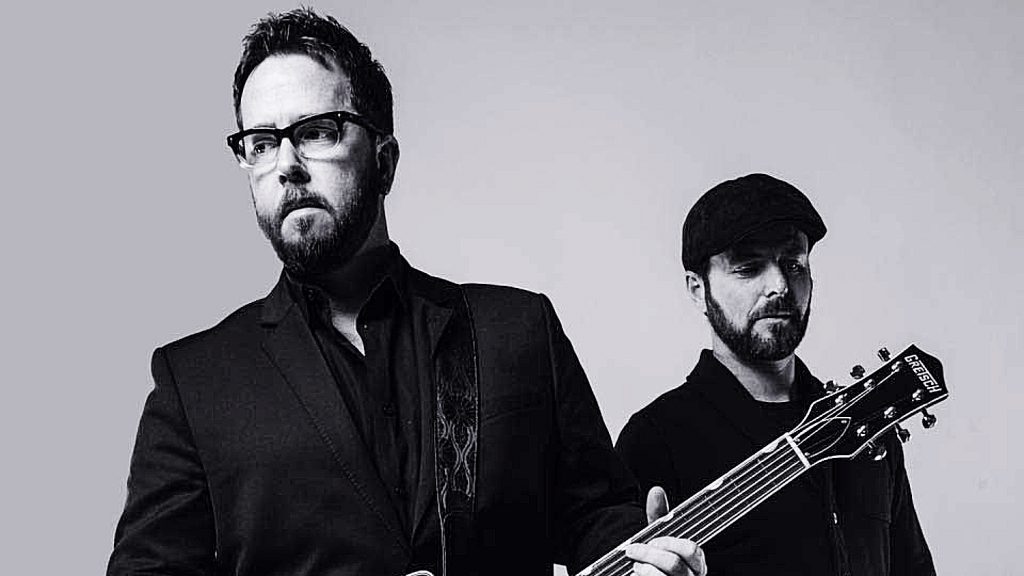 With the release of their blistering new single,“Hard Times,” the Indiana based blues-rock duo The Cold Stares offer the first taste of their new set of material, slated for release in late 2021 via new label partner, Mascot Records/Mascot Label Group. Composed of guitarist Chris Tapp and drummer Brian Mullins, the band has toured the country alongside artists like Rival Sons, Spoon, Big Head Todd and the Monsters, and Thievery Corp, performed at festivals like The Ride Festival, Copperhead Festival, and Handy Blues Festival, and amassed more than 20 million Spotify streams to-date. “Hard Times” is the band’s first release since their 2019 full-length album, Ways.

Tapp and Mullins have known one another for years, growing up in Western Kentucky, just a stone’s throw from the border of Indiana. They originally started playing together in their early twenties before going their separate ways only to reunite in another outfit a decade down the line. “There’s a lot of great musicians around here, but it’s hard to find someone who really wants to do it,” Mullins explained. “People who want to make records and they’re that much of a glutton for punishment that they’re gonna stick it out.”

“We were playing together in 2009 in another band that was doing really well,” Tapp said. “It didn’t work out, so we both kinda exited that band and contemplated retirement.” It didn’t take long before they were thankfully disabused of that notion. “A buddy of ours asked us to open the show for him. We ended up doing that, but we were so adamant that we weren’t going to be a band that we didn’t hire a bass player or anything else.”

The one-off performance was a huge success, convincing both Tapp and Mullins that maybe they’d try and give it a go together as a duo. The unique reception they received that night helped inspire their name.

Recorded in a single day at Sam Phillips fabled recording studio in Memphis, The Cold Stares upcoming album is their best record yet, an intense amalgam of Blind Willie Johnson meets Son House; Stevie Ray Vaughan meets Black Sabbath; Soundgarden meets Black Crowes; Free meets Led Zeppelin. “I feel like I’m saying what I want to say a little bit more concisely and elegantly, and I think that Brian and I together, from playing this long together and making records, we are pretty clear on the statement we’re trying to make now,” Tapp said. “We’ve never been one of those bands where we said, ‘On the next record, we’re really gonna do something completely different.’ We were happy with the sentiment that we started with. We want to be the band that we are.”

“I had written ‘Hard Times’ in December of 2019 right before the world kind of collapsed,” said Tapp. “The song is about the feeling when you just can’t get on your feet no matter how you try. I had originally recorded the vocals in February, but after listening back to the track in October of 2020 I felt it was right to re-sing it. After a year of covid, elections in the US, seeing friends losing loved ones, small businesses being closed, I had a new empathy for what ‘Hard Times’ can really mean. I re-recorded the vocals with that in mind, and I think the song was directed from even more of a real place of despair. To me it’s always about capturing as honest of a sentiment and vocal as possible.”

“I’ve been a big fan of The Cold Stares for several years now,” said Mascot Label Group US President Ron Burman. “I flew down to see them play a local show in Evansville, Indiana a few years back and was blown away. When Chris sent me the new songs during lockdown, I got chills, and knew the time was right for us to work together. They have such a great focused DIY work ethic and are great collaborators. We’re all extremely excited to be working together!”

“We were very excited about the prospect of signing with Mascot Records,” said Tapp. “I’ve had a relationship with Ron Burman who had been following our career for a while, and obviously been a fan of many artists on the Mascot roster. I think we were looking for a label that would allow us to be who we are, and love that enough to get behind it without changing it. I think Mascot was the perfect choice for that.”

“I think Mascot has become a great home for rock and blues acts that step outside of the normal box that the word ‘genre’ tends to draw you in,” added Mullins. “We have one foot deep in the blues, but we also have a passion for heavy rock and roll.”