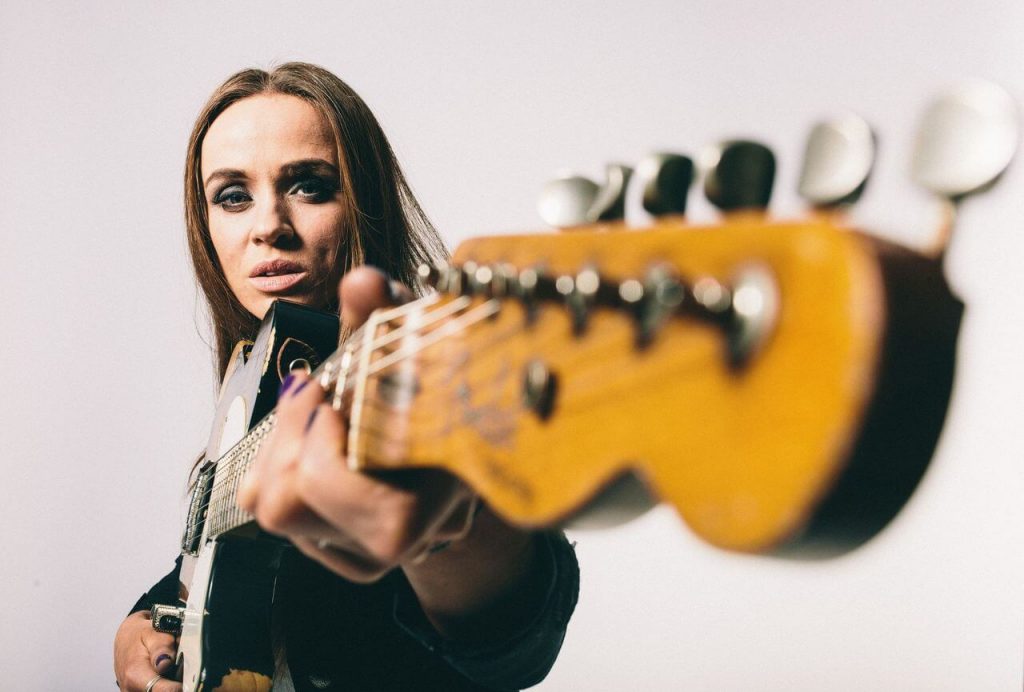 What started out as a slow burning, blues-rocking CD release last October, Voodoo Blues is deservedly achieving acclaim of incendiary proportions as word travels globally about Grainne Duffy’s best album to date. By Christmas It became the tenth most played album by members of the Independent Blues Broadcasters Association (IBBA). Utah based Roots Music Report (RMR) confirms the meteoric upward trajectory of Voodoo Blues into its Top 50 Contemporary Blues Album Chart in the past week. 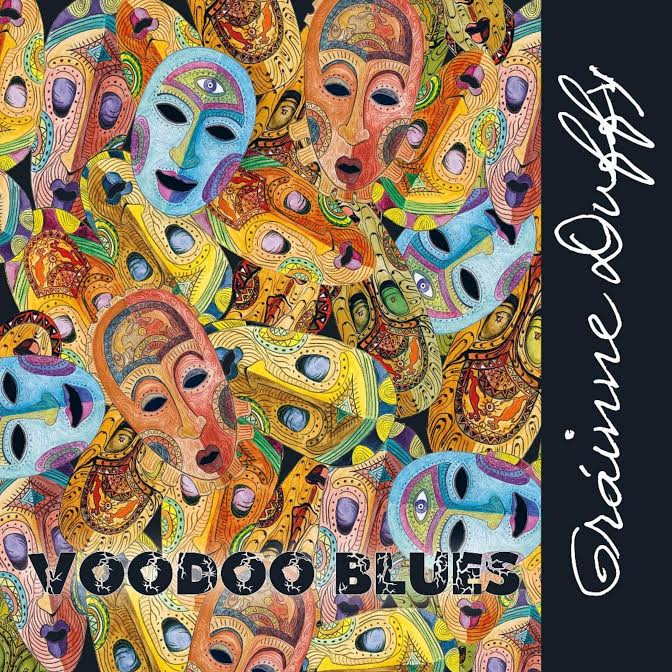 High praises are flooding in from music journalists across Europe including one of England’s most respected writers, Henry Yates, who awarded the album an excellent 8 out of 10 rating in the prestigious UK Classic Rock magazine:

“The Irish bandleader’s voice has always had the perfect ratio of honey to shrapnel but her co-writing with husband/guitarist Paul Sherry just keeps getting better.”

On her path to international recognition, Duffy has performed throughout Europe and in Canada, Africa and Australia with such luminaries as Van Morrison, Tommy Castro and Keb’ Mo’ as well as headlining numerous festivals in her own right. However, for obvious reasons, the past 12 months have been challenging for all touring musicians but Grainne faced a major disappointment when her return to the Glastonbury Festival stage was postponed just over a decade after her outstanding 3-day debut.

A compatriot of and spiritual successor to Rory Gallagher, Duffy has similarly achieved legendary status in her native Ireland and beyond. This reviewer has seen both of them live in concert, albeit half a century apart, and the similarities are remarkable, both musicians delivering inspirational, high energy, memorable performances characterized by expressive, emotional vocals and blistering, innovative fretwork never to be forgotten.

Voodoo Blues kicks off with the title track and within a short space of time it becomes apparent that this is going to be a big performance and a very special fifth album, this one solely comprising self-penned material from Duffy and Paul Sherry.

Starting with a distinctive solo guitar introduction, the song metamorphoses into an uptempo, punchy blues song incorporating a series of climaxes as top session bassist Dale Davis and dynamic drummer Troy Miller hit the groove. Pleading for ‘Mercy’ is the perfect theme for Duffy’s impassioned vocals as she screams above the haunting vibe. The infectious riff on “Blue Skies” precedes the implosion of Grainne’s smoky, powerful vocals reaching a crescendo with the chorus, “I got the blue skies baby up above/I got the bright lights burning and I just can’t get enough,” complemented by mood-enhancing background vocals.

A country feel is evident on “Shine It On Me” with its sumptuous Hammond organ courtesy of the multi-talented Miller, Grainne holding on to every note and showcasing her impressive vocal range. Freelance writer Yates cleverly describes this song as “the kind of sun blissed pop-rock that in any sane universe would be a crossover hit.” Normally, the gospel-tinged, emotionally drenched “Don’t You Cry For Me” would be a standout track but here it blends in effortlessly with the high caliber fare of the whole album.

The funky, soulful “Roll It” highlights the synchronization of the band as each musician retains their individuality within the context of a tightly knit unit. “Wreck It” does exactly what the title suggests, spellbinding and hinting at chaos, but with musical intelligence and subtlety permeating the instrumental interludes. A novel introduction to “Tick Tock” is the actual sound of a ticking clock which sets the pace for the muscular guitar work and powerful vocals with anthemic chants of “Yeah, Yeah, Yeah.” The vibe is reminiscent of Grainne’s raucous, party time live gigs and encouragement of fans’ participation, replicated here and indeed across much of the album albeit in an empty studio thanks to its superb production.

The listener is transported back to the heady days of packed venues, sweaty rooms and noisy devotees responding to every movement and sound on stage. The fitting finale, “Hard Rain” extends this thrill as early sparseness gives way to the crescendo of howling main and backing vocals, stomping bass and drum rhythms, grinding axe work and swirling, atmospheric keys.

With its expertly crafted original lyrics, beautiful arrangements and abundance of passion and desire, this is already one of the most appealing blues CDs of the year.  More importantly, in the current climate, Voodoo Blues is not just a piece of music. Rather, it’s an encouraging sign that normality is returning, just as spring follows winter, bringing new life and fresh hope. One of Grainne’s greatest strengths alongside her consummate musical talent is her engaging personality which enables connectivity with her audiences so the sooner they are allowed back the better, but in the meantime tune into this album, crank up the volume and let the good times roll.