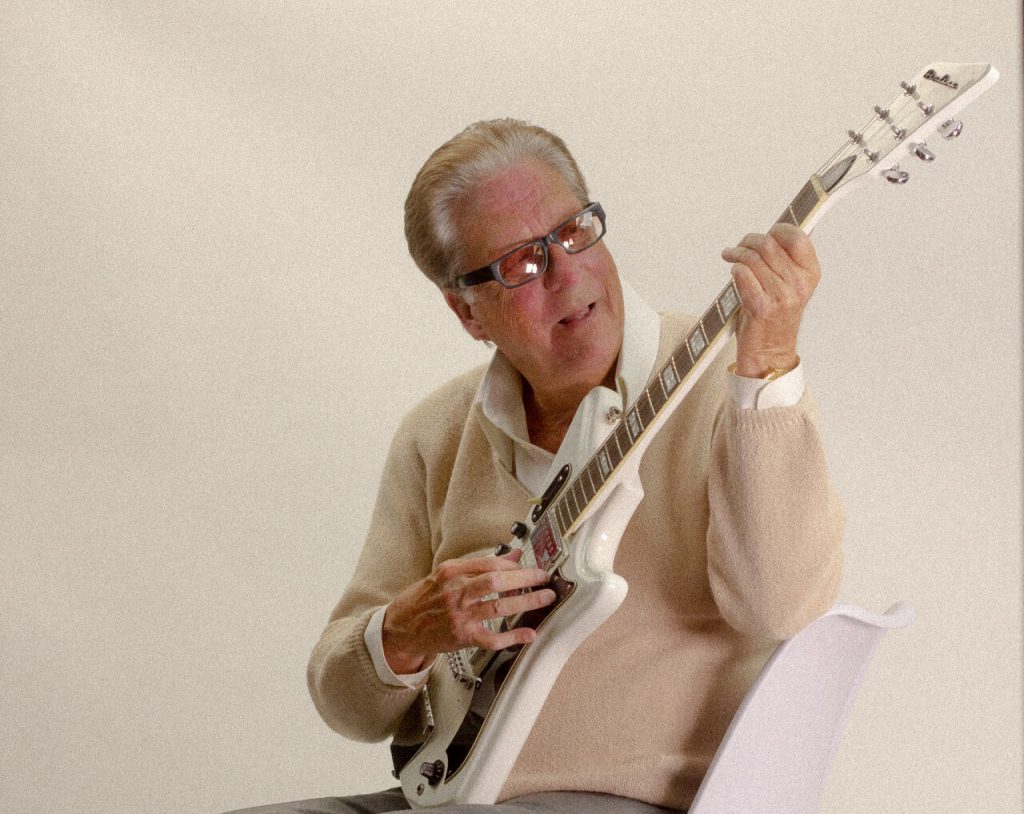 It’s been four decades since singer/songwriter/guitarist James “Jimmy Soul” Holvay has been in the music limelight. Now he makes his return with a vital five-song slab of authentic Chicago-style soul music, Sweet Soul Song on his Mob Town Records imprint, set for release on April 16, 2021. 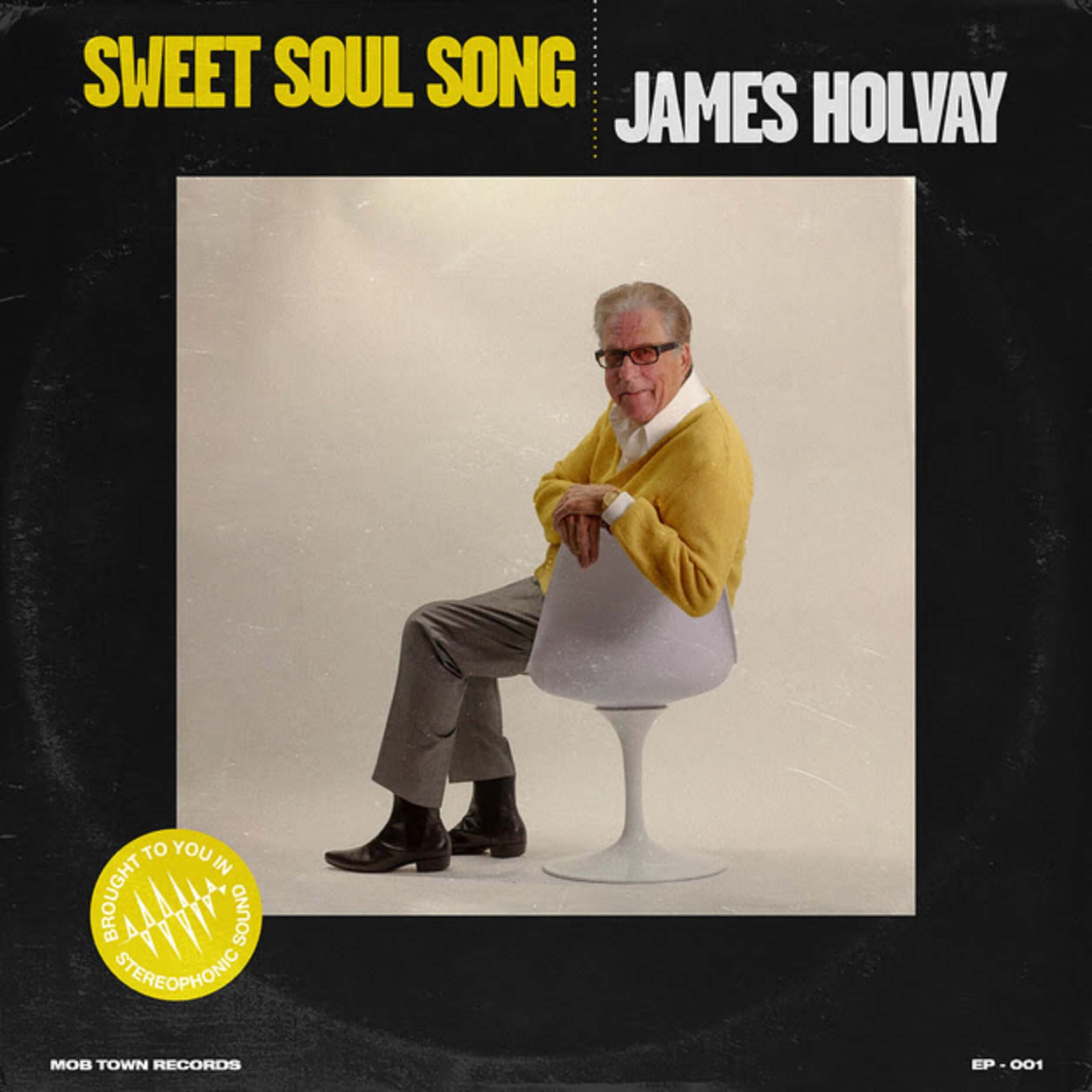 The collection is a vibrant tip of the hat to the music Holvay witnessed and then played in during its 1960s flowering, when hometown stars — all saluted on the title track — ruled the R&B roost in America.

Curtis Mayfield was the guy that I always idolized. I always gravitated toward Black music when I was a kid. My roots were always in Black music. – James Holvay

Holvay wrote his first song at age 12, and in his teens started peddling his songs door-to-door on Chicago’s South Michigan Avenue. With a group of like minded teens, he founded The MOB, a blue-eyed soul band that would have a marked influence on the band Chicago. “We had the horns, and guys were jumping all over the stage in pinstriped suits, and we were thinking we were going to be the Beatles,” says Holvay.

But it was a different group that thrust the young songwriter into fame. He had already written songs for artists such as Brian Hyland and Dee Clark, The Buckinghams scored a huge hit with the Holvay-penned “Kind of a Drag.” The band had three additional charters, “Don’t You Care” (No. 6), “Hey Baby (They’re Playing Our Song)” (No. 12), and “Susan” (No. 11), all authored by Holvay in 1967.

“Jimmy Soul” continued to tour and perform with The MOB for another 15 years, which disbanded after a New Year Eve date in Los Angeles in 1980.

Holvay went in to sales, but always had a musical itch that needed to be scratched. With Sweet Soul Song, he comes back, as if he never left, with the sound of Chicago Soul which he helped create all those years ago.

“Love Has Found a Way” comes out swinging with that big, horn sound, and Holvay’s vocal sounding like he’s still in his 20s at most. One can hear the obvious influence on the band Chicago.

Jimmy slows it down with the soulful “Still the Fool.” Adding strings and backing vocals that immediately take the listener back to soul music’s glory days of the 60s and 70s.

Many cities are known for their soul music. Philadelphia, Memphis, and Detroit are all well known as soul music meccas. But the Chicago soul sound of artists such as Curtis Mayfield, Jerry Butler, The Impressions, Major Lance, Donny Hathaway and The Chi-Lites, to name just a few, were a force to be reckoned with.

The title track pays homage to some of these artists, and the area whence they came. Holvay gives shout outs to Chicago’s West Side, Major Lance, Gene Chandler, and his personal hero Curtis Mayfield over a horn-heavy, slightly Caribbean beat.

“What got me started again was I began to hear Sharon Jones and the Dap-Kings and Amy Winehouse,” Holvay says. “All of a sudden I’m hearing this indie soul thing from the ‘60s coming out again. There were a whole load of these bands out there, all over the world, in Spain, Italy, England. And I said, ‘God, that’s my music!’ So that music inspired me, and the songs I was writing were in the Major Lance-Gene Chandler-Curtis Mayfield vein. That’s who I am, in my heart.”

“Talking About” is a hand-clapping good time with Holvay’s near falsetto vocal and crystal clean guitar leading the way. “Working On It” closes out the EP with a beautiful, upbeat ditty, taking us to church.

Every aspect of Sweet Soul Song was designed for maximum authenticity, right down to the last detail on the record’s cover art, a careful recreation of the LP jacket for Gene Chandler’s 1964 Constellation Records title Just Be True. Crafted with care and played and sung with punch, Holvay’s debut recording in his own name is sure to delight the most ardent soul music fans.

As perfect for summertime listening today as it would have been 50+ years ago, Sweet Soul Song is consummate “Jimmy Soul.” For those of us of a certain age, this EP will take you back to simpler times, when life wasn’t so complicated and the world was not so evil, at least not on the radio. When you get your copy of Sweet Soul Song, do everyone a favor and play it for your kids.