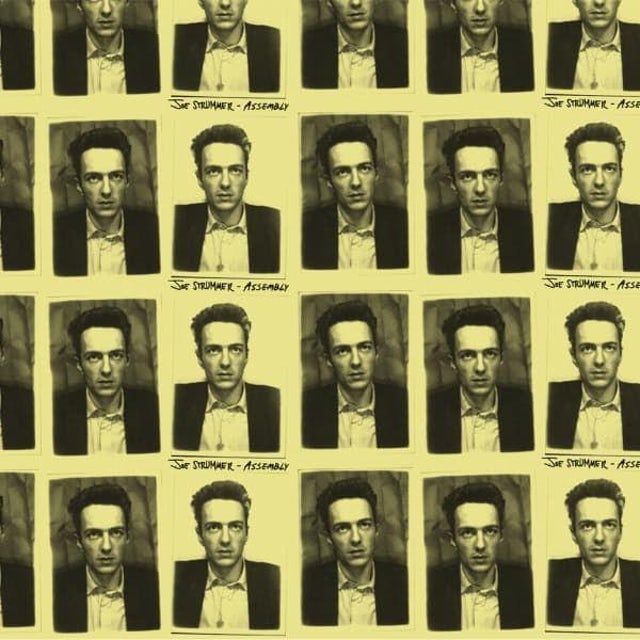 Dark Horse Records celebrates the release of ASSEMBLY, the newly remastered collection of solo cuts from Joe Strummer, the former frontman of The Clash, with the world premiere of a video for “I Fought The Law.” The song was famously covered by Joe’s former band, The Clash, and this newly unearthed version was recorded live in London by Joe and his band, The Mescaleros.

“I Fought The Law,” along with the other live track, The Clash favorite, “Rudie Can’t Fail,” were thought to be lost, but were discovered and mixed and mastered by three-time GRAMMY® Award-winning engineer Paul Hicks (The Beatles / John Lennon / The Rolling Stones / David Bowie) especially for the release of ASSEMBLY. The accompanying video for the track was created by Spencer Ramsey.

Poet, musician, composer, actor, and style icon, Joe Strummer spent his life smashing musical and cultural boundaries both as the singer of The Clash and as a solo artist. His songs sound as urgent and vital today as when they were written. Calling out social injustices and giving a voice to the struggles of the working class, Strummer’s politically-charged lyrics struck a chord with legions of fans.

George Harrison’s passion for introducing the world to new music expressed itself in May of 1974 when he created his own new label – Dark Horse Records. The label contained a variety of talented artists on its roster, including George himself. ASSEMBLY marks the first new Joe Strummer title released via the newly relaunched Dark Horse Records. For more, visit www.darkhorserecords.com.

At The Border, Guy