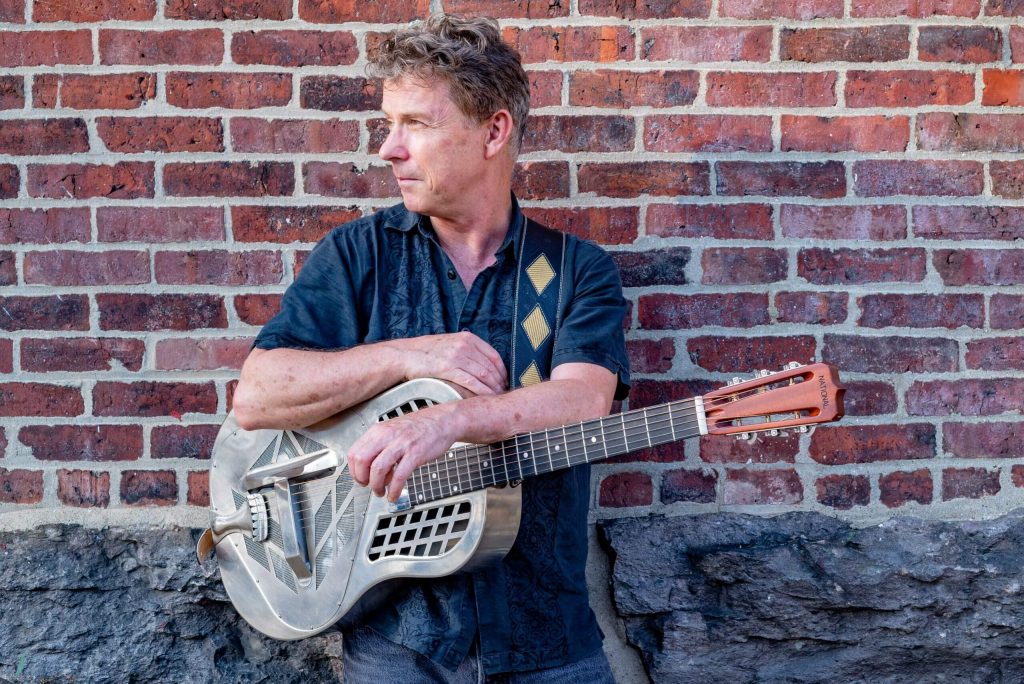 Singer/songwriter Bob Bradshaw announces an April 30 release date for his new CD, The Ghost Light, coming from Fluke Records, which blends influences from folk, rock, country, Americana and blues into one cohesive package of spell-binding music. 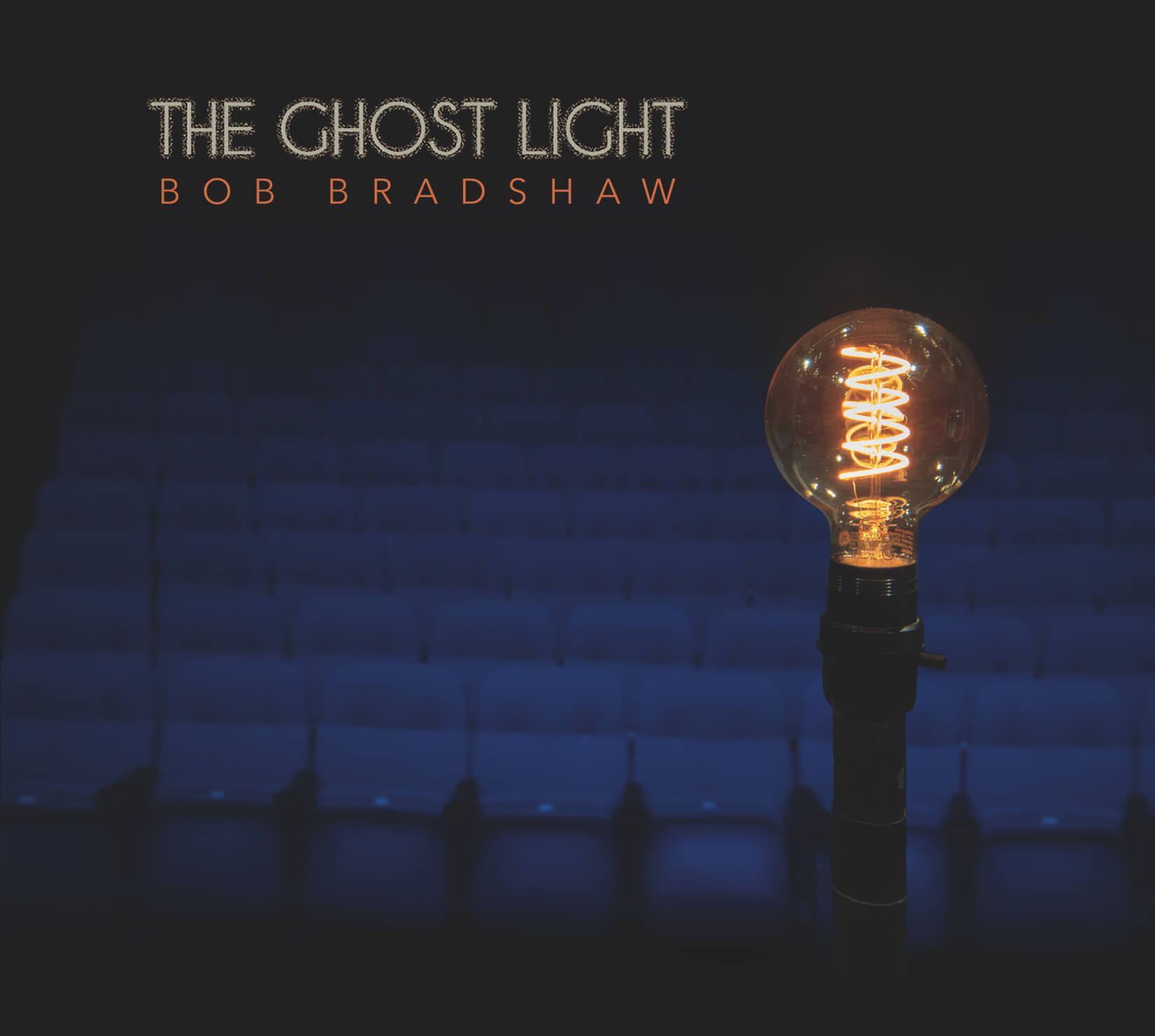 Bradshaw is a storyteller. And like any good storyteller, he possesses the ability to transform himself right before your very eyes, to not only craft a compelling cast of characters, but to inhabit them with complete and utter conviction. One listen to The Ghost Light reveals a true chameleon at work. One moment he’s an impulsive daredevil plunging over Niagara Falls in a wooden barrel; the next, a sea-weary pirate lured to his death by a choir of sirens. More often than not, though, he’s simply one of us, just an ordinary, everyday soul searching for meaning, hope, and redemption wherever he can find it.

“I’ve never been the kind of writer who picks up a pen to process his personal life or purge his emotions,” says Bradshaw. “I write to create, to imagine, and every track on this album is its own little world.”

Recorded over the past year, The Ghost Light is the product of time spent in quarantine, but it’s by no means a pandemic record. The songs here are timeless, drawing on the kind of fundamental humanity that binds us all as they grapple with heartbreak and regret, memory and nostalgia, loneliness and liberation. Bradshaw writes with a vivid eye for detail on the album, offering up a cinematic series of character-driven vignettes that often slip their most profound revelations between the lines, and his performances are subtle and understated to match, fleshed out with lush, evocative arrangements full of color and nuance. The result is a record as open as it is empathetic, a sharp, transportive collection that calls to mind everything from John Hiatt and Guy Clark to Bruce Cockburn and Nick Lowe in its potent mix of folk erudition and rock and roll urgency.

“When I write, I never want the scaffolding of the songs to be visible,” Bradshaw explains. “I want to tell stories with room for exploration and interpretation. I want people to bring themselves into the songs as much as possible.”

Born and raised in Cork, Ireland, Bradshaw apprenticed as a journalist as a teenager, but after spending much of his twenties writing a mix of news and short stories (including two stories in the prestigious Irish Press New Irish Writing series), his restless spirit eventually got the better of him, and he struck out on his own to see the world with little more than a backpack and guitar to his name. For the next several years, he drifted across Europe, surviving off his earnings from busking on street corners and performing in bars until 1989, when he landed a green card.

Bradshaw found himself in New York City, where he picked up a series of odd jobs (house painter, Liza Minnelli’s doorman, among others) to make ends meet. Like many an immigrant before him, he eventually moved west, settling down in San Francisco for a decade during which he met his wife and formed his first true band, Resident Aliens.

“That group started out as a cover band,” says Bradshaw, “but when we got offered studio time, we realized pretty quickly that we’d better come up with some original material. That’s how I got tricked into becoming a songwriter.”

Unsurprisingly, given his history with prose, Bradshaw found he had a knack for writing songs. His was a raw talent, though, instinctual and impulsive, and his desire to harness and hone his skills eventually led him back to the East Coast, where he enrolled at the Berklee College of Music, eventually graduating in 2009. It was there in Boston that Bradshaw launched his prolific solo career, earning widespread praise on both sides of the Atlantic over the course of eight critically acclaimed studio albums. Bradshaw became a live fixture in New England, as well, performing at clubs in and around Boston most nights of the week until the COVID-19 pandemic brought things to a grinding halt in the spring of 2020.

“That’s where I got the idea to call this album The Ghost Light,” explains Bradshaw. “In the theater world, the ghost light is a single bulb that’s left burning to appease the spirits of the absent performers whenever the hall goes dark.”

With every hall in town dark, Bradshaw found himself writing in a more adventurous, ambitious fashion than before. While his 2019 Queen Of The West was a concept album built around a single, overarching storyline, the songs Bradshaw penned for The Ghost Light were wide-ranging and eclectic, each one its own self-contained universe. When it came time to record, he worked both in-person with his core electric band (guitarists Andrew Stern and Andy Santospago, bassist Ed Lucie, and drummer Mike Connors), and remotely with hired guns like drummer/producer Dave Brophy (Patty Larkin, Eli “Paperboy” Reed), bassist/engineer Dave Westner (Tim Gearan, Peter Wolf) and bassist Zachariah Hickman (Josh Ritter, Ray LaMontagne), letting the music guide his decisions at every turn.

Bradshaw penned the songs here with a variety of collaborators, including his old Resident Aliens bandmate Scoop McGuire and Boston stalwarts Andy Santospago and John Sheeran. “Each track had its own character and demanded its own approach,” he says.

The tango-inflected “Sideways,” for instance, features Argentinean bandoneon player Francisco Martinez Herrera, while the melancholy “Blue” draws rich emotional depth from (another ex-Resident Alien) Chad Manning’s extraordinary fiddle work, and the shuffling “Gone” gets a lift from James Rohr’s soulful B3. Despite the broad array of sounds and influences at play, the album remains cohesive throughout, thanks in part to Bradshaw’s trademark mix of humor and heart, as well as his warm, full-bodied voice, which sits front and center whether he’s singing of heartache (like the waltzing “Come Back Baby” or the bittersweet “She’s Gone For Good”), uncertainty (like the searing “21st Century Blues” or the gritty “In The Dark”), or hope (like the breezy “Songs On The Radio” or the 60’s-countrypolitan-style of “Dream”).

Ultimately, the album plays like a collection of short works of fiction, each song unique in its form and function yet inextricably linked by a common emotional thread. Every track is an invitation, a doorway to another time and place. The world may have gone dark this past year, but with The Ghost Light, Bob Bradshaw is determined to keep the bulb burning. That’s what good storytellers do.