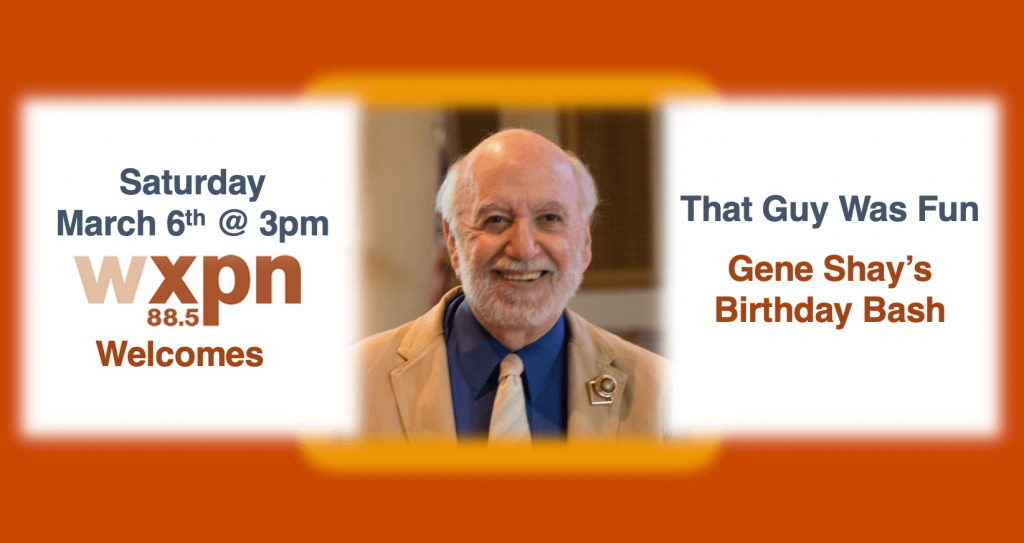 Throughout his career, Shay discovered dozens of folk, blues and Americana. His early interviews include Joni Mitchell, Jackson Browne, John Denver, Tom Waits, Phil Ochs, Bonnie Raitt and Judy Collins, some of which have been bootlegged. It was Gene who brought Bob Dylan to Philadelphia for his debut concert in the area. And as an advertising writer-producer, he also wrote the original radio spots for Woodstock. Gene came up with the name “World Cafe” for the nationally syndicated series produced by WXPN. He received a Lifetime Achievement Award from the Delaware Valley Music Poll in 1994.

When Berry saw Gene’s Birthday come up on the calendar, he thought, “We should do something. For all the people we’ve lost during the pandemic, none of us have gotten any closure. But thinking about Gene’s passing, one can be sad for just so long.  So many good times. So many good stories.”

Of Gene Shay and the event, Jefferson Berry tells ABS:

You have folks like Ernie Tokay and me, for whom for all his stardom, Gene was one of the guys. And for Ben Arnold he was this, but also someone he could run his new songs past. The heartfelt sincerity of his loss on this show is balanced with the playful memories.. A father figure. A world class broadcaster. Gene Shay was so many things to so many people. I think this show captures that.

Donations can be made here in Gene Shay’s name. For more information on the event and a direct link to the event’s Facebook page, click here.