10 Things You May Not Know About Willie Nelson 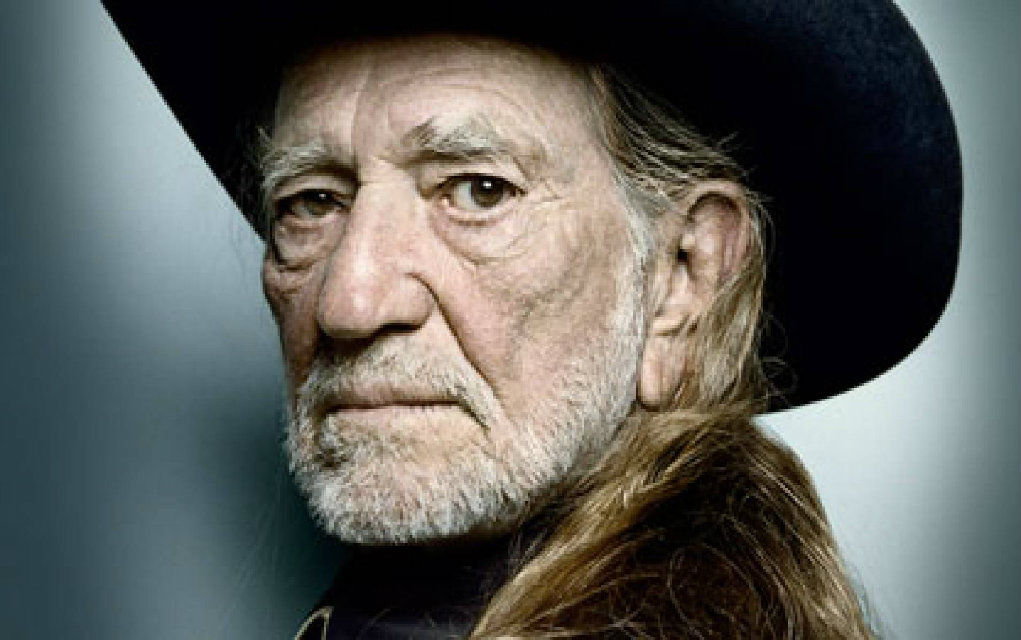 Willie Nelson celebrates his 88th trip around the sun today. Born in Abbott, Texas in 1933, he is an American icon whose music transcends genre. A giant in his field, and legend in his own time, Willie offers something for everyone. In honor of his birthday, we offer 10 Things you may not know about Shotgun Willie. 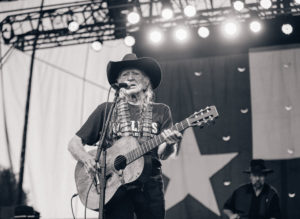 1. Willie had several jobs before becoming a recording artist. Although he got his first guitar at age six, and wrote his first song at age seven, it wasn’t until he was 23, that he recorded his first record. “No Place For Me,” wasn’t successful. Nelson had been playing music in local bands, wherever he lived, but also worked picking cotton with his family. Willing to do most anything to keep bread on the table, Nelson worked as a tree trimmer, phone operator, pawn shop clerk, bar bouncer, saddle maker, radio DJ, and spent a few months in the US Air Force. He also sold bibles, vacuum cleaners, and encyclopedias, door-to-door.

2. While working as a DJ at KVAN in Vancouver, Washington, Nelson had one of the longest titles in the history of disc jockeys. Not satisfied with simple nicknames of the time, such as “Moon Dog,” or “Wolfman,” he was known as the, “Cotton-pickin’, snuff-dippin’, tobacca-chewin’, stump-jumpin’, gravy-soppin’, coffee-pot-dodgin’, dumplin-eatin’, frog-giggin’ hillbilly from Hill County, Texas.

3. In the fall of 1961, Nelson signed with Liberty Records, and recorded his first album, which produced two hit singles. Before that, he had already become a recognized Nashville songwriter, having written hits for Faron Young, Ray Price, Billy Walker, Roy Orbison, and Patsy Cline. “Crazy,” which Cline recorded earlier in ’61, became the biggest juke box hit of all time. Nelson also worked for Pamper Records, and recorded for the Monument label, before being signed by RCA Victor in late 1964. By 1972, when the time came to renew his contract, he had become disillusioned with the music business in general, and retired. 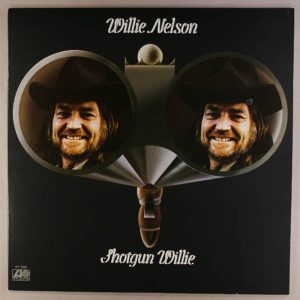 4. Moving to Austin, Texas, Nelson was reinvigorated by the burgeoning hippie music scene there. He mixed folk, and jazz with country, and the Austin scene ate it up. During this time, he formed his band, “The Family,” became the first ever country artist to sign with Atlantic Records, and recorded the album, Shotgun Willie. Although it didn’t sell very well, the younger folks loved the new sound, and Shotgun Willie became one of the first examples of “Outlaw Country.” His next release, Phases and Stages, was one of country music’s first concept albums. The major theme of the record was divorce. The woman’s viewpoint was narrated on side one, and the man’s on side two. Recorded at Muscle Shoals Sound Studios, it contained the hit, “Blood Mary Morning.”

5. Countless artists, and fans, can thank Willie for another Austin first. He produced, and starred, in the pilot episode of Austin City Limits, on October 17th, 1974. The show has since become the longest-running music series in American television history. Currently in its 43rd year, it is the only television show to win a National Medal of Arts. In 2011, the show won the prestigious Peabody Award. Hundreds of acts have appeared on the popular program. Genres ranging from Western swing, Tejano, and Texas blues, to jazz, alternative country, and jam bands have all been represented, with artists covering the spectrum from Trace Adkins to Warren Zevon.

6. In 1978, Willie broke all the country chart records, but not with country music. The album, Stardust, was a collection of pop standards, written by folks such as Hoagie Carmichael, Irving Berlin, and the Gershwin brothers. Produced by Stax Records hitmaker Booker T. Jones, the album hit at, or near, the top of the charts in the US, Canada, Australia, and New Zealand. It produced four hit singles, and won Nelson a Grammy. Although it was recorded in only ten days, Stardust spent 540 weeks on the country album chart. That’s ten consecutive years. 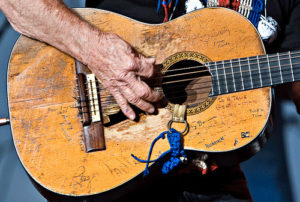 7. Trigger, Nelson’s iconic Martin N-20 classical guitar, has been with him since 1969. Trigger created the sound that Nelson had been looking for, that of jazz master, Django Reinhardt. He hid the guitar with family, friends, and managers when the IRS was seizing all his assets. The guitar has been used to record his most epic releases, and has played for presidents, hippies, cowboys, and royalty. There have been over 100 signatures, either penned or scratched, into Trigger’s body over the years. The very first, was that of Leon Russell, and the most recent, Alejandro Rose-Garcia, AKA Shakey Graves. It is one of the few items that was rescued from the flames of his Ridgetop, Tennessee home, when it burned to the ground. Nelson risked his life, running into the flames to retrieve two guitar cases. One contained Trigger, the other had two pounds of Columbian pot.

8. Nelson has long been advocate for the use of marijuana. He self-medicates, and has for over 40 years, claiming that smoking ganja has saved his life. He suffered from emphysema for many years, and tended to get into trouble when drinking. His answer? Marijuana. He’s not particular about the strain, but loves the fact that there are so many varieties from which to choose. His own company, Willie’s Reserve, offers flower, vape cartridge, and edible forms of his medicine, grown by various farmers all over the country.

9. As a child, Nelson was an athlete, and, like most kids, an avid comic book reader. It was the ads on the back of those comics, for self-defense books, that first spiked his interest in martial arts. He started practicing Kung Fu in the 1960s, and turned to Tae Kwon Do in the 1980s. By the 90s, he became interested in, and a practitioner of, the Korean art of GongKwon Yusul. He has been practicing that martial art form for 20 years, and holds a 5th degree black belt, which he earned at age 81. 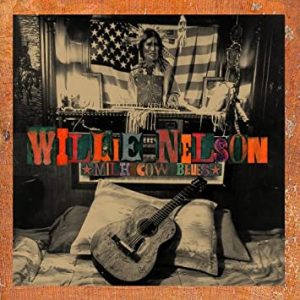 10. There are dozens of genres in Nelson’s musical repertoire. The idea that he is simply a country artist is a common misconception. Willie plays country, it’s true, but also jazz, rock n roll, pop standards, and more. In 2000, to celebrate the new millennium, he released the album, Milk Cow Blues, on the Island Records label. He had said he always wanted to release a blues album, but knew it was important to get it right. By that, he meant bringing in musicians that would make it authentic. A mix of originals and cover songs, Milk Cow Blues featured guest artists including BB King, Dr. John, Francine Reed, Keb’ Mo’, Jonny Lang, Susan Tedeschi, and Kenny Wayne Shepherd.

With over six decades in the music business, Willie Nelson has surely touched the lives of nearly everyone who listens to music. We’d like to read your thoughts, and memories of him in the comment section below.