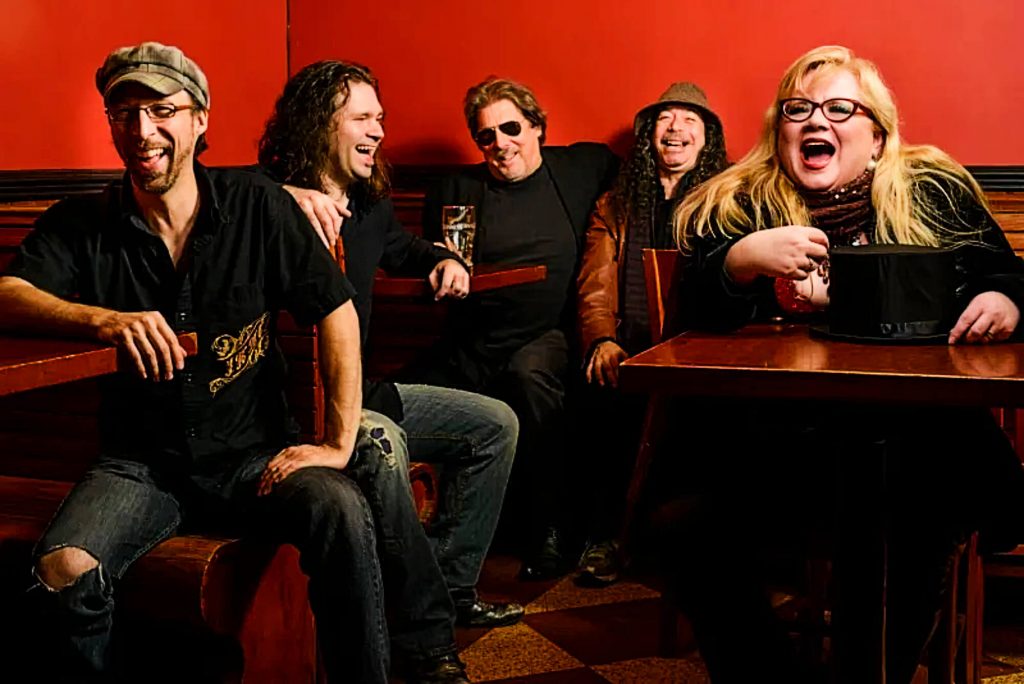 There is nothing quite like sound of a seasoned live band playing to a packed house on a night when they were hitting on all cylinders from downbeat one to the rapturous encore. Capturing those moments is a miracle of modern recording technology that we all get to benefit from. One such miracle happened September 1st, 2019 at the Studio Winery in Lake Geneva Wisconsin when the touring New York City rockin’ funk and soul group The Halley DeVestern Band were in the house. 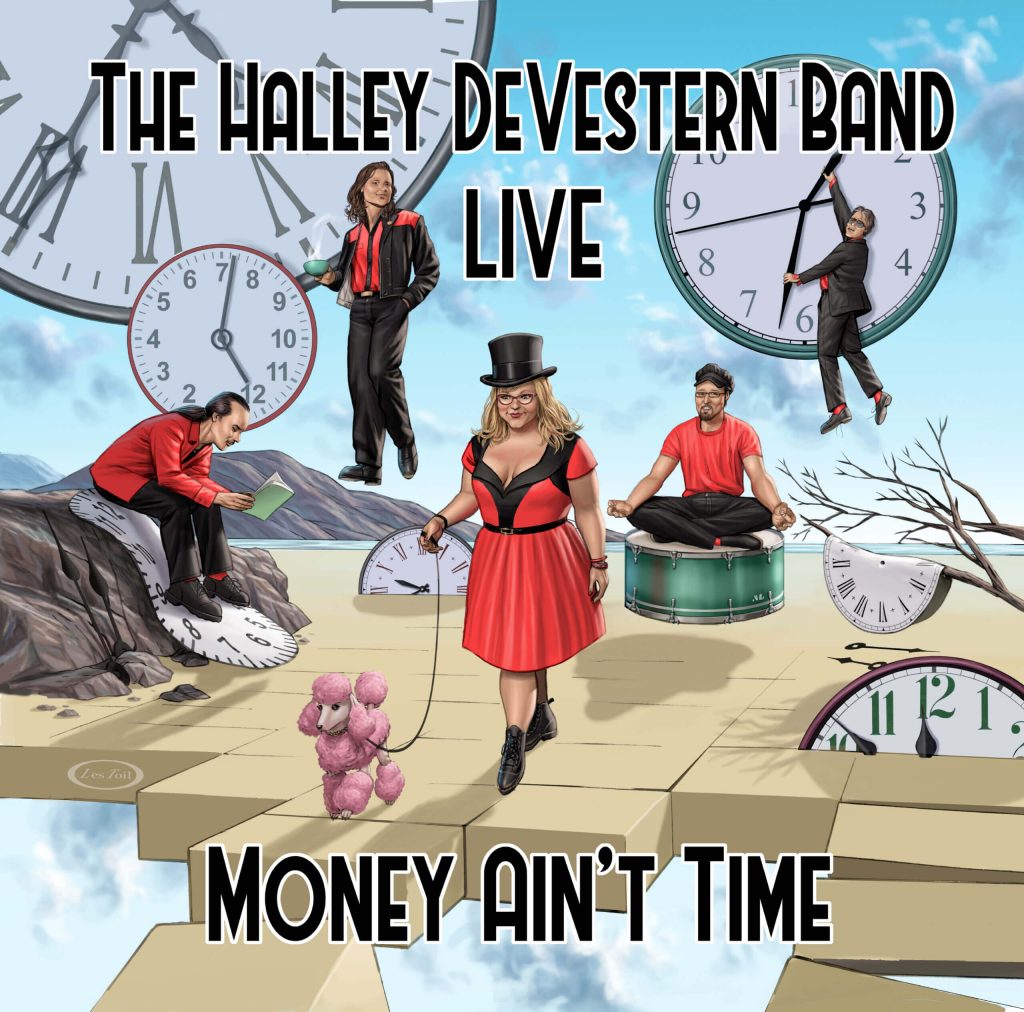 The club billed the show as “imagine Janis Joplin backed by the Red Hot Chili Peppers and The Mothers of Invention with just a hint of Howitzer. That is The Halley DeVestern Band.” A completely accurate description of DeVestern and her seasoned five-piece band that includes guitarists David M Patterson (Shawn Mullins , Kirsten Thien) and Steve Jabas, (Hot Peas ‘NButter) and the rhythm section of drummer Rich Kulsar (Roger Waters, the Zen Tricksters, Mickey Dolenz) and Tom Heinig (Lamont Cranston Band, Mill City Band) on bass, all of whom have the musical muscle and dexterity to back her up. For DeVestern, who toured with Big Brother and the Holding Company filling the shoes of Janis Joplin with her mighty vocals and showwomanship skills, deserves nothing less. Recorded in front of a full house the 10-song set is a mix of five original tunes including the chart topping single, “Muscle Memory,” and five rearranged cover songs, running the gamut from hard driving soul to rocking blues and Americana, putting the listener in the front row of a one-of-a-kind experience.

It is undoubtedly a bold move to open with the Queen of Soul standard “Chain Of Fools,“ as most bands would warm up to such a number, but DeVestern and the boys show they came to play by launching into a fun-loving, six-minute version of the 1967 hit, complete with its trademark tremolo guitar licks and vocal acrobatics. Swirling guitars lead us into the chart topping ”Muscle Memory,” and its genre bending atmospherics. DeVestern shows off her Janis Joplin chops on the Kozmic Blues-esque “Try,” mashing it up with a taste of 10 Years After, followed by the title track, “Money Ain’t Time,“ a classic R&B ballad on which Halley rails against greed and apathy, while the guitars not so gently weep. The band then gets busy with the stop time 16 bar blues “I’m Ready,“ with Patterson and Jabas trading hot solos.

The poetic imagery in “American Pain” reveals harsh commentary on the troubles in our country. Their creative juices really get flowing on the swinging rearrangement of Motown signature song “Dancing In The Streets,“ as a Texas Blues number, adding shout outs and crowd participation for good measure. A deep grooving bass line from Heinig anchors the searing protest against American racism,“Boil.“ DeVestern pours herself into the Hall of Fame “Stormy Monday,” paying loving tribute to the song that inspired many to take up the electric guitar and sing the blues. She changes course for the set closer heading to the Caribbean and leading the boys through a bawdy beach party anthem ”Mighty Love,” slipping into a tongue twisting freestyle finale that young parents and fans of Family Guy will love.

The timing of this album release, Money Ain’t Time, reminds us all of what we’ve been missing in the last year and what we should never take for granted great live performances from great performers.