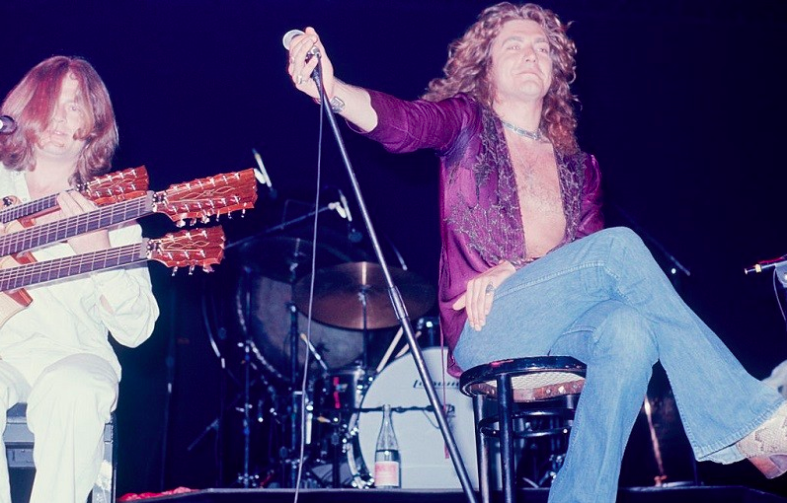 “You dabble in songwriting,” my friend said. “What do you think of the Led Zeppelin case? What does it mean?” The questions were simply asked and no doubt simple answers were expected. Yes, on the surface, the decision seems simple. Led Zeppelin were sued for copyright infringement and won. Then again the many nuances in the case make a simple answer elusive. Providing a simple answer (to quote the Great Philosopher John Sebastian) is “like trying to tell a stranger about rock and roll.”

So let’s focus on the main takeaway: the US Court of Appeals for the 9th Circuit abandoned the inverse ratio rule in determining copyright infringement.

It is always best to begin at the beginning and our story begins back in 1967. Randy Wolfe, who used the stage name Randy California, composed an instrumental piece called “Taurus.” He had it transcribed and deposited for copyright in his name in December 1967. The band Spirit, of which Wolfe was a founding member, recorded and released a self-titled album in 1968 containing “Taurus.”

Fast forward to November 1971. Led Zeppelin released the album known as Led Zeppelin IV containing their classic song “Stairway To Heaven.” Band members Jimmy Page and Robert Plant wrote the song over a period of time beginning in December 1970. “Stairway” is often said to be the greatest rock song of all time and given the airplay and sales racked up since its release the claim is hard to dispute.

Over the years many people have noticed the introduction or passage at the beginning of “Stairway” was very similar to that “Taurus.” Randy Wolfe was certainly aware of the similarity but he never made a claim against Led Zeppelin. He passed away tragically in 1997 and his mother created the Randy Craig Wolfe Trust in his honor and ownership was transferred to the trust. The Trust financially supports after-school music education programs for underprivileged elementary school children in Ventura County. The funding comes from royalties from his songs and recording contracts, so a share of royalties from “Stairway” would have been a boon to the program.

The Trust, through Michael Skidmore, its trustee, sued Led Zeppelin in May 2014. The suit alleged the introduction to “Stairway To Heaven” was substantially similar to the eight-measure passage at the beginning of “Taurus.” The jury found in favor of Led Zeppelin and Skidmore appealed to the U.S. Court of Appeals for the Ninth Circuit. The Court issued a decision on March 9, 2020, agreeing with the jury that the two songs were not substantially similar and Wolfe’s copyright was not infringed.

How did the Court reach its decision? I’m glad you asked. There were some threshold issues that had to be addressed. First, ownership of a valid copyright had to be established. In this case Skidmore was able to show ownership of the “Taurus” copyright and Led Zeppelin did not challenge ownership on appeal.

Ownership of a copyright tells us which Copyright Act governs the case (and yes there are more than one). Since “Taurus” was copyrighted in 1967 the Copyright Act of 1909 governed. Under the 1909 Act it is only the deposit copy or the sheet music that is protected. Sound recordings could not be submitted for copyright under the 1909 Act until the mid-70s. The “Taurus” sheet music copyrighted by Randy Wolfe in 1967 contained a mere 124 notes.

After ownership was shown and the relevant Copyright Act determined, Michael Skidmore had to prove certain protected aspects of the work had been copied. Direct evidence of copying is rare; I mean, how many times do you catch somebody in the act of copying sheet music? Circumstantial evidence is generally used to prove copying. This meant Skidmore had to prove the opening passage of “Stairway” copied and was substantially similar to what was contained in the “Taurus” sheet music. This is where the inverse ratio rule usually comes in.

However, in a rare move the Court of Appeals for the 9th Circuit decided to depart from past precedent and abandon the inverse ratio rule. It reviewed the rule and found it was “…not part of the copyright statute, defies logic, and creates uncertainty for the courts and the parties.” The Court realized more access to a song does equate to an increased likelihood that it has been copied. If the rule were carried out to its logical conclusion, complete access would lead to a finding of infringement even if there were no similarity. Moreover, courts in the Second, Fifth, Seventh, and Eleventh Circuits had already rejected the rule. The Court made it clear access still had to be proved but access alone would no longer be the slam dunk it had been to prove substantial similarity.

For Michael Skidmore, this meant he had to show a substantial similarity between the sheet music for “Taurus” and that for “Stairway To Heaven.”

“Taurus,” like many written compositions filed under the 1909 Act, was copyrighted using what is known as a deposit copy. Deposit copies often were very simple and not necessarily truly representative of what was played in later recordings. Such was the case here.

Since only sheet music could be copyrighted under the Copyright Act of 1909, no sound recordings could be presented. Skidmore claimed only a portion of the “Taurus” was copied and that portion consisted of five descending notes of a chromatic musical scale. On the face of it there was nothing to distinguish this arpeggio from any other arpeggio. Expert witnesses attempted to show the similarities between “Taurus” and “Stairway To Heaven” by comparing musical notations for the two songs. Yet, “Taurus” is rooted in the blues and riginality in blues music has more to do with style and presentation than it does to notes marked on a piece of paper. It does not always translate to the bare bones sheet music such as that filed in this case. Without being able to hear and compare styles and presentation, the jury was not able to find any substantial similarity.

So Led Zeppelin won because a sheet music comparison could not convince a jury “Taurus” and the introductory passage in “Stairway To Heaven” were substantially similar.

Now that the inverse ratio rule is on its way out, where does that leave us? How difficult will it be to show substantial similarity? Well, remember way back at the beginning when I said the many nuances in the case make a simple answer elusive? A decision in a new case may depend on when the song was copyrighted. Decisions for songs protected by the Copyright Act of 1909 may turn on the quality of the sheet music submitted. For those songs protected by the Copyright Act of 1976, it may be easier to show substantial similarity if a sound recording has been submitted for copyright. In either case, it is likely there will be a greater focus demonstrating the degree of similarity. How much proof will be necessary? Right now it looks like every case will be decided on it own merits.

But then, who knows what changes the next big music copyright case might bring.

Editorial note: Bill is a retired attorney who worked with legal programs representing poor and low income elderly and also represented veterans who had been denied benefits promised to them. He is also a songwriter and past President of both the Northeast Country Music Association and its affiliated Songwriters Workshop. A former writer for Blues Wax, Bill interviewed Valerie June before anyone knew who she was.