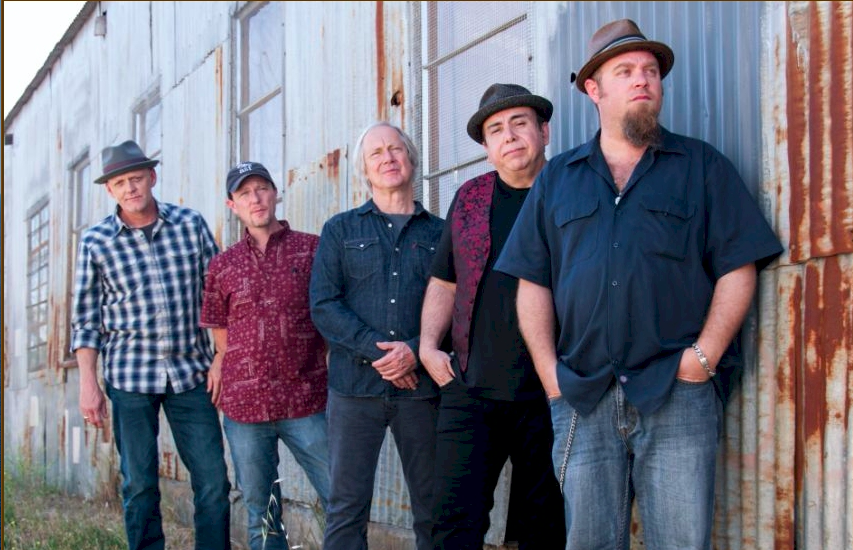 Becoming a legend in the eyes of the masses wreaks havoc on most artists who might have imagined they could ever lead the life of a normal person. Following in the footsteps of a legend is a little trickier prospect. How do you step into that legend’s footsteps and advance their magic with your own material to satisfy the public’s insatiable desire and demand that you recapture the mojo of the legend you must emulate? It could mess with your ego. As for retaining any semblance of a “normal” life in this process, whatever that is in the post-pandemic reawakening? I don’t think so.

Jim Weider, leader of The Weight Band, has never spoken to Robbie Robertson, guitarist, songwriter, and one of the founders of The Band — the group that put Woodstock on the musical map years before the mythic 1969 festival that cemented the hippie counter culture in history.

In fact, the only time in a half century that Jim has ever been in Robertson’s presence was at a funeral. The Last Waltz concert and movie in 1976 was Robertson’s swan song with The Band. Weider stepped into Robertson’s shoes and resurrected The Band with a second coming unmatched in rock by anyone else, with the possible exception of Warren Haynes in the Allman Brothers.

Jim replaced Robbie Robertson as The Band’s lead guitarist, writing songs and performing on their three studio albums, Jericho, High on the Hog and Jubilation. He toured internationally with original Band members Levon Helm, Garth Hudson, and Rick Danko for 15 years and was featured on numerous albums, films, videos, and television appearances.

In terms of attitude, Jim is the mirror opposite to Robertson. He’s a regular guy and may just be the most underrated guitarist in the last several decades of axe slingers. I lived through the heyday of The Band, and frankly Jim’ work in The Weight Band, today’s hybrid progression of the original group, trumps Robertson.

Acoustic Live-Big Pink & The Levon Helm Studios is The Weight Band’s newly released album culled from two days of rehearsal in 2019. Jim remembers saying to the group, “Since we’re miking everything anyway, why don’t we just press record?” 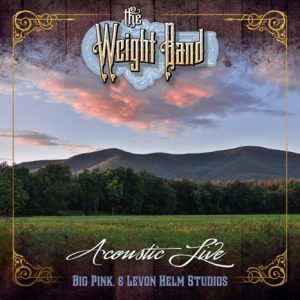 They were rehearsing for a concert tour at Big Pink, the iconic house pictured on the first Band album of the same name. It was just a rehearsal, nothing special. And in the pre-pandemic world nobody even considered such a rehearsal would turn into The Weight Band’s next album. But playing music to this band is as essential to who they are as breathing.

Jim recalls the moment. “Why don’t we just set up mics. We have ear monitors when we play these days, and since we’re miking everything anyway. Why don’t we just press record?  So, we just ran through – not thinking about anything, just ran through the rehearsal. We’d do a song once or twice. That’s it. Everything live, do a song once or twice, the harmonies, the leads, everything, you know and we’d move to the next song.”

This version of that last song was recorded in a second day of rehearsals at the late Levon Helm’s barn studio nestled in the foothills of the Catskills and built totally with wooden nails, a hallowed testimony to Levon’s role in The Band and the location of the legendary Saturday night “Rambles.”

I told Jim “World Gone Mad” was prescient in its prediction of the pandemic. I thought this version must have been stolen from the studio album, it was so perfectly executed. “That makes me with my howling away feel pretty good,” he laughed. “At Levin’s I had my friend Kenny Kozak come up and play violin on a few tunes like on “Common Man” and a couple other tunes, but it was really our first acoustic show. That’s why I wanted to record it and capture it because everybody has such great voices. I’m glad you thought “World Gone Mad” was a studio cut.”

Vocalist, drummer and founder of The Band Levon Helm, like Weider, was a common man whose deep human spirit was as important to the smokey camp fire feeling of The Band as Robertson’s guitar and songwriting. Born in Marvel, Arkansas, a few miles from Helena, home of the legendary King Biscuit Blues Festival, Levon Helm cast a long shadow in the history of both delta blues and the Woodstock ethos. “I never saw him happier than at the end of his life (in 2012),” says Jim about Levon.

“I worked with him right to the last week of his life, the last show at the Barn, and he was always a people person. He would talk to the local firemen, and we did a ton of benefits. He was always a good guy. He would never snub his nose at anybody. He really made people feel at home, and to watch him at the end of his life get three Grammys playing at the last shows really meant a lot to me. When he called me to join back up with the Ramble Band when Vivino left to go to California with Conan, I was very happy to do it, and it was great to see him happier than ever.

“His daughter (Amy) was doing good, and she was playing with him and he was just at the top of his game. It was one of the most amazing comeback stories. He lost his voice, and he couldn’t get a gig. Nobody would hire him. He was just playing drums, and he couldn’t play at the Town Crier with his blues band and to go from that to three Grammys and getting huge gigs. We played all over the place. So, he went from nothing and brought his career back. He had that in him. He had that charisma and talent.”

“I think about him all the time, yeah. If it wasn’t for him, I wouldn’t have the great career I’ve had. He was really a big believer in me, and I really appreciate everything he’s done.”

It’s a delicate balance upholding larger than life legacies while retaining an everyman sensibility. Levon Helm did both. And Jim Weider carries that torch forward. “I don’t take it that seriously. I’m always struggling to find a big note, to really play better when I’m out there, and I can always play better. So, I’m always thinking about how to perform. I like playing live, and each time you play, you try to do the best you can. So, that to me has kept me going. I don’t really think about it much more than that. It’s not like I made a lot of money doing this. If I was in it for the money, I’d have left a long time ago.”