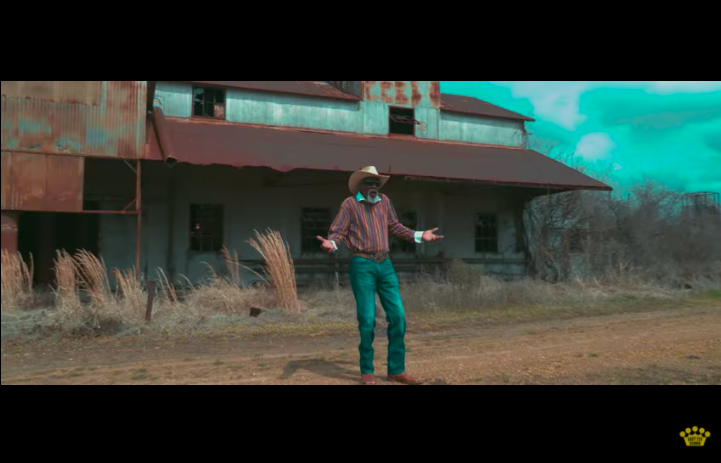 Today, Robert Finley dropped “Country Boy,” a funky slice of country soul, and the latest song from forthcoming Sharecropper’s Son — the career-defining new album from “the greatest living soul singer,” released on Easy Eye Sound on May 21 2021. A soulful masterpiece written by Finley and co-written and produced by Dan Auerbach, Sharecropper’s Son features blues veterans and studio legends who have worked with everyone from Elvis to Wilson Pickett.

The song’s lyrics recall Finley’s childhood and were improvised as he and the band rolled tape, reminiscent of soul greats including Otis Redding. “When we play live, I always leave room in the show for lyrics I make up on the spot while the band hits a groove,” he explains. “I guess the younger generation calls it free-styling, but for me, it’s just speaking from my mind, straight from my soul.”

Finley has always been a consummate entertainer and sensational soul singer, but when he lost his sight, he became an overnight success after 67 years of hard work. Finley has a voice that has stood the test of time and can glide from a gut-deep growl to a transcendent falsetto, all in a single phrase. Rooted in the classic sounds of southern soul, country, rhythm and blues, Sharecropper’s Son showcases Finley’s formidable vocals, which take centre stage and encapsulate his remarkable life story. Finley’s stories of pain and joy will uplift as he shares his belief that you are never too young to dream and never too old to live.

The fire behind the conflagrant performances on Sharecropper’s Son is ignited by 67-year-old Finley, who has cited a range of vocal influences, including Al Green, Jimi Hendrix, Ray Charles, Elvis, James Brown and The Beatles, all inspiring his genre diverse approach. Finley stated, “I want people to understand that I can’t be kept in a box. I like to do all kinds of music—everything that means anything to me, from gospel to blues to soul to country to rock ‘n’ roll.”