Time On My Side: Songwriting During The Pandemic 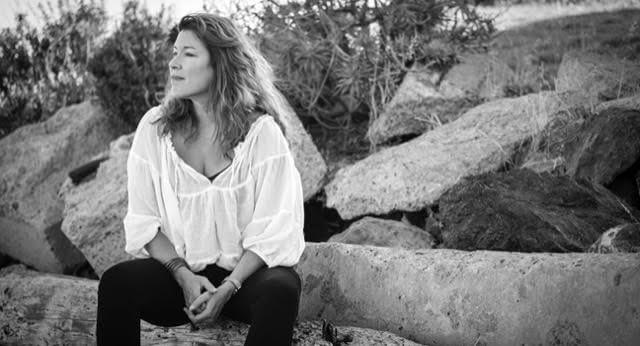 Like many Americans, I pulled into a vaccine site near my home recently, rolled up my sleeve, and got my first COVID-19 vaccine. When I joked that I’d never been so happy to get a shot, the nurse said, “yeah, we hear that a lot.”

It was the end of an endless year – or, at least the beginning of the end. And while I didn’t break down in tears, I felt like it. The losses we’ve suffered in this country are almost too huge to comprehend. Lives and livelihoods, traveling and seeing loved ones. And – for musicians – the loss of gigs, recording sessions, rehearsals and jams. It’s like we’ve all been stuck in suspended animation and are just now starting to wake up. Bears stumbling out of our caves after a long hibernation, a little fatter and worse for wear.

In many ways, I got off easy; I had a roof over my head, plenty of food and work that allowed me to stay at home and stay safe. But like many people, I got depressed and chafed at the isolation, the inability to go out and see friends – and, worst of all – play music with other people. Zoom was a disaster – turns out two people can’t play at the same time, who knew? — and I never took to live streaming.

I was especially bummed when the pandemic first hit and the studio where I was recording a new album shut its doors. I had one vocal track and a few overdubs left. Was this really happening? Eventually, after three or four months, we did go back in – masked, gloved and nervous — but it wasn’t until March of this year that we released the album. Between the political unrest and surging cases of COVID, the timing just didn’t feel right.

The funny thing is, now that the world is opening up, I find myself almost nostalgic about some of the discoveries I stumbled on during those months of enforced seclusion. The main one had to do with time. Because once I stopped panic buying toilet paper and disinfecting my mail, I realized that time — as The Rolling Stones once sang — really was on my side.

As anyone who writes songs for love or money knows: songwriting does not happen quickly — even when it happens quickly. You get a cool lick, a big idea, a line or two, and before you know it an invisible gremlin has slipped through the door and moved the clocks forward. The morning is gone and the afternoon has evaporated.

Writing songs take time. And I’m just talking about a rough draft. Now you have to revise, edit, prune and burnish that thing until it’s as good as you can make it. But with nowhere to go and no one to see, I was suddenly rolling in time. It stretched and expanded in a way it hadn’t since the long, hot summers of childhood.

Thankfully, as soon as I started to take my time, I felt less trapped, less stuck. I let myself float a bit more, write in my journal a little longer, and track my crazy pandemic dreams. I also found comfort in writing about the situation. Sometimes it was just a fantasy, like imagining meeting up with friends in a restaurant again, eating and drinking mezcal. Telling stories about the crazy things we did to stay sane during the endless days of sheltering in place.

Conjuring a future where these things could happen, helped me stay centered. It also connected me to other people going through the same thing. My partner and I started having regular Zoom calls with other musicians and writers to share new work. Yeah, not everything we wrote was a chart buster but it gave us a way to share what we were going through. To talk about the losses. But also, the creative gains that came from slowing down.

When my two daughters were small, I used to sing them to sleep at night. Songs that connected me to my own parents who used to sing to me: Streets of Laredo, Wild Mountain Thyme, From This Valley. The music was comfort, connection, and love and if there was ever a time we needed these things, it was this past year.

I know we’re going to grieve the lives we’ve lost in this country for a long time to come. But I also suspect that music is going to help us heal and reconnect, and I look forward to gathering in backyards, living rooms, barrooms and clubs to help play and sing the world back to life.

Editorial Note: Zoe’s latest album, Waterlines (out now), straddles a range of musical styles. Her musical roots are pretty firmly planted in Americana and folk but she’s been exploring the complexity and texture of jazz and Latin music, some of which found its way onto the album. Zoe’s background as a journalist, essayist and author (Imperfect Endings), emanates naturally and instinctively in the album’s autobiographical texture.

Waterlines refers to the act of writing itself, but also evokes the way we look for clues and remnants from the past. Like tracing waterlines on a river bank after a drought or flood. The smooth, jazzy “These Words” recently premiered on ABS. Zoe teaches memoir and songwriting and has recently taken up the drums.