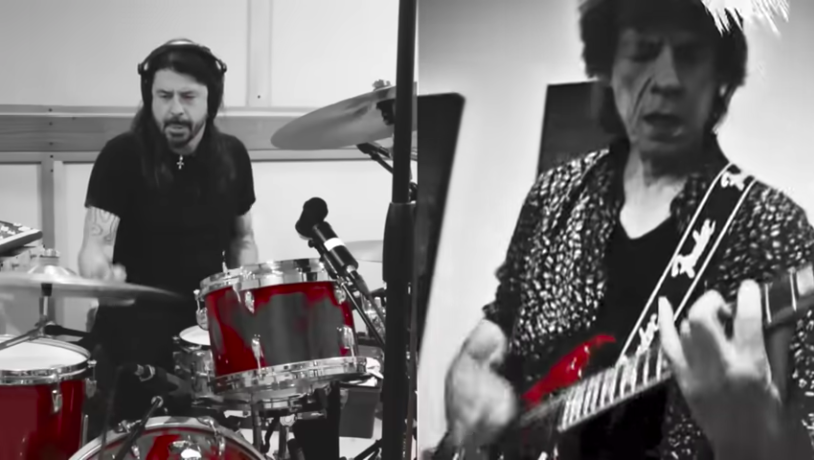 Jagger said in a statement: “I wanted to share this song that I wrote about eventually coming out of lockdown, with some much needed optimism – thank you to Dave Grohl from Foo Fighters for jumping on drums, bass and guitar, it was a lot of fun working with you on this – hope you all enjoy Eazy Sleazy!”

Grohl responded, “It’s hard to put into words what recording this song with Sir Mick Jagger means to me. It’s beyond a dream come true. Just when I thought life couldn’t get any crazier……and it’s the song of the summer, without a doubt!!”

Last year, the Rolling Stones returned with another anthem for these times, “Living in a Ghost Town.”