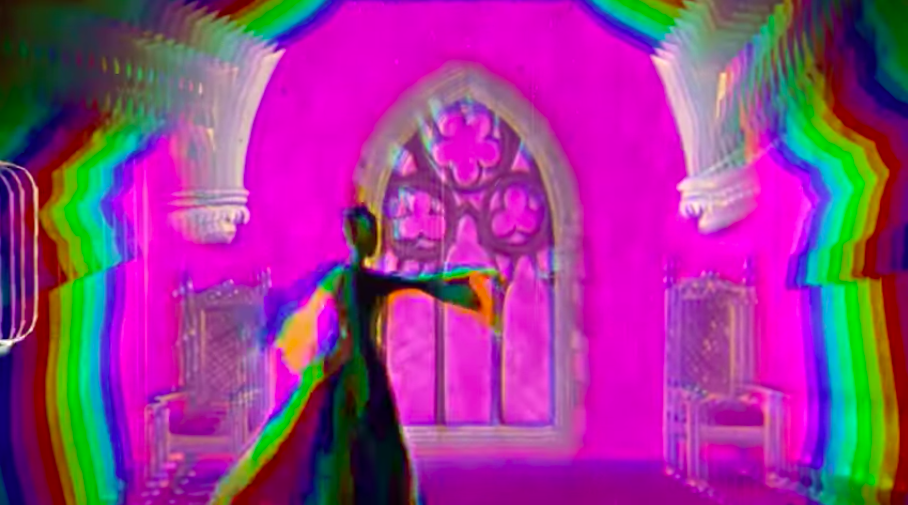 The Polyphonic Spree have released a trippy new video for “She’s A Rainbow” by The Rolling Stones, featured on their new covers album Afflatus, adding choral vocals, broad instrumentation, and a psychedelic sound to the original tune. Featuring psychedelic, acid-soaked animation and in-studio footage that echoes the cover’s trippy sound, the video was captured during the one-night live recording session of Afflatus, just before the 2020 lockdown. “We knew it was probably going to be the last time we saw each other for a long time,” reminisces frontman Tim DeLaughter, “and the next day, everything started to close.”

“She’s A Rainbow” has been a staple of The Polyphonic Spree’s live set for years, but DeLaughter’s history with The Rolling Stones goes all the way back to high school, as he told Ultimate Classic Rock. “I was a freshman in high school. Me and another kid, Kevin Swanson, had a band, and all we played were Stones songs,” he explains. “We got the opportunity to play in front of the lunch crowd, outside in the commons area.  We started the show with ‘Jumping Jack Flash.’ It was all going great. Then we were blazing through ‘Brown Sugar’ when some kid unplugged the power to the PA, and everything went silent, which in turn, turned my failing friend into a cussing dad who just hit his thumb with a hammer. I quickly realized it was all over, no more show, total let down. That was the last time I ever played The Rolling Stones live, until we played ‘She’s A Rainbow.’”

Featuring a range of material from a diverse group of artists that all hold a special significance to the band, ‘Afflatus’ includes interpretations of classic hits by INXS, Daniel Johnston, Rush, Barry Manilow, ABBA, and more. In addition to staples like The Rolling Stones, the set also features tracks that fans have never heard before, like “Could It Be Magic” by Barry Manilow, which holds a special significance to DeLaughter. “A lot of the music I’m attracted to, melodically speaking, can be traced back to my younger years,” he explains. “I was running my dad’s business on the weekends as a kid, and there was this cassette of Barry Manilow songs that I played over and over. I loved the grandiose, high-reaching production for essentially a pop song.”

Having just celebrated their 20th anniversary, The Polyphonic Spree are currently at work on a new full-length album of original material, slated for release this fall. It will be their first release of original material since 2013’s Yes, It’s True.