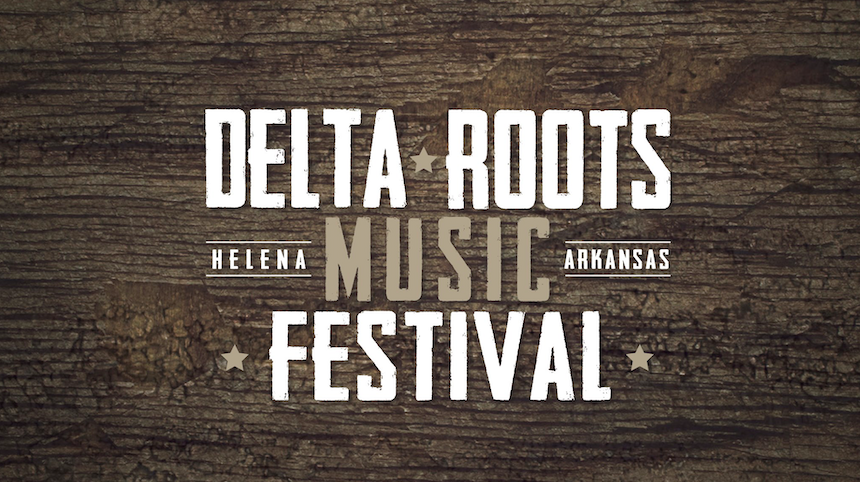 The Weight Band headline the second Delta Roots Music Festival on Saturday, September 25th in Helena, Arkansas. This celebration is dedicated to Levon Helm, the patriarch whose name is synonymous with Delta roots music. “He was really special,” says Weight Band leader Jim Weider who played the first King Biscuit Blues Festival in 1986 with Levon Helm and recorded three albums with The Band, the legendary American roots band best known for “Up On Cripple Creek,” “The Weight,” “Shape I’m In,” and “The Night They Drove Old Dixie Down.” 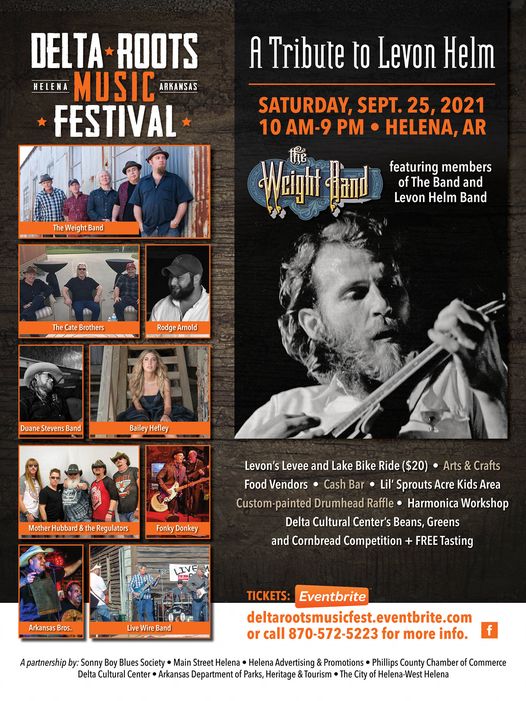 The Weight Band’s recently released Acoustic Live – Big Pink & The Levon Helm Studios carries on Levon’s Band legacy. “Why don’t we just hit the record button” said Weider during a 2019 Weight Band rehearsal at Big Pink — the house outside of Woodstock where the first Band recording was made. Little did Weider know at the time that this rehearsal and another the next day at Levon Helm’s Woodstock studio would be the last time the group would perform before the pandemic kicked in. No matter, these songs are so familiar to The Weight Band that performing them is as natural as breathing. Classic Band songs on the new release include “Rockin’ Chair,” “Remedy,” “King Harvest (Has Surely Come)”, and “Caledonia Mission” along with other familiar chestnuts from 100 years in the American songbook. These songs will come to life on the banks of the Mississippi as The Weight Band takes Festival attendees through the Delta’s rich history.

The Band was the group along with The Beatles, Rolling Stones and The Grateful Dead who turned “rock and roll” into “rock” and helped make roots music a worldwide phenomenon. Levon Helm grew up listening to Sonny Boy Williamson and the King Biscuit Boys perform live every day on King Biscuit Time broadcast on KFFA in downtown Helena. He would go on to become the drummer, vocalist, and multi-instrumentalist in The Band. Levon passed in 2012, but his spirit lives on in The Weight Band. “I never saw him happier than at the end of his life,” says Weider. “I worked with him right to the last week of his life at the Barn, and he was always a people person. He really made people feel at home, and to watch him at the end of his life get three GRAMMYS® playing at the last shows really meant a lot to me.”

Weider was the sole guitarist for The Band from 1985 until that group’s dissolution in 2000. He wrote songs and performed on three of The Band’s studio albums, Jericho, High on the Hog, and Jubilation. He toured internationally with original Band members Levon Helm, Garth Hudson and Rick Danko for 15 years and was featured with them on numerous albums, films, videos and in television appearances. Come home to the Delta and celebrate Levon Helm’s rich heritage with The Weight Band led by the guitarist who was closest to him. Playing music is as natural to Weider as it was to Levon. “Yeah, I mean Levon had such a great deep feel for the blues coming from his backbeat, his kick drum. He just had a way of laying the backbeat down that comes from watching those guys play it for so long down here growing up with it.”

Sonny Boy Blues Society’s 2019 Battle of the Bands Winner and International Blues Challenge qualifier Fonky Donkey will perform foot stompin’, hip shakin’, slide-guitar driven original and traditional blues and Americana music. Robert “Rodge” Arnold who grew up in Helena adend worked at KFFA radio is a songwriter who has performed his southern rock music around the world. The Duane Stevens Band features brothers Duane and Grant Stevens steeped in southern tradition and heritage. They grew up in the cotton fields of Mississippi. Coming from humble beginnings and strong family ties, they set their sights on writing songs and the neon lights of the big city.

Little Rock’s own Mother Hubbard & The Regulators mesh rock and country, adding a southern style to all the music they perform. These Arkansas Brothers, Tim and Jess Hoggard, along with Matt Pierce, have a 20-year history of sharing the stage with everyone from Jimbo Mathus, Sonny Burgess, Jerry Lee Lewis, Ike Turner and Hubert Sumlin to The Black Crowes and Robert Plant. Little Rock native Bailey Hefley, currently of Nashville, has opened for Old Dominion, Ashley McBryde, Deana Carter and Arkansas native Justin Moore. Bailey’s new EP release, So.That.Girl., offers six songs, all of which Bailey co-penned, about finding love—and the ups and downs that come with it. The Live Wire Band is an eastern Arkansas five-piece group that plays rhythm & blues, soul, country and rock with a background that goes back to the ’80s. 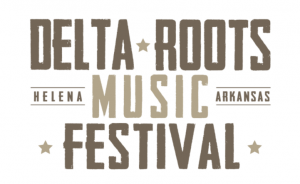 Tickets for the Delta Roots Music Festival are $20.00 and can be purchased online at eventbrite or at the King Biscuit Blues Festival office (319 Phillips Street, Helena). Hours for the festival are 10 a.m. until 9. p.m. Arts and crafts, food vendors, a cash bar, a raffle for a custom-painted drumhead, Lil’ Sprouts Acre kids area, harmonica workshops, and Delta Cultural Center’s Beans, Greens, and Cornbread Competition will also be a part of this event. Pets are not allowed, only service animals. Kids 12 and under are free to enter. In addition to the live music performances, a Levon’s Levee and Lake Bike Ride will start at 10 a.m. The ride fee is $20.00, and students can ride free.

Registration and check-in begins at 8:30 a.m. There will be a 30-minute rest stop at Storm Creek, approximately four miles from downtown Helena, with refreshments and live music. Kayaks will also be available at Storm Creek for use. Tickets are also available at eventbrite. Festival chairman Munnie Jordan said, “Come join us as we celebrate all genres of music – blues, country, gospel, rockabilly, rock-n-roll, and bluegrass – stemming from our Delta Roots.”