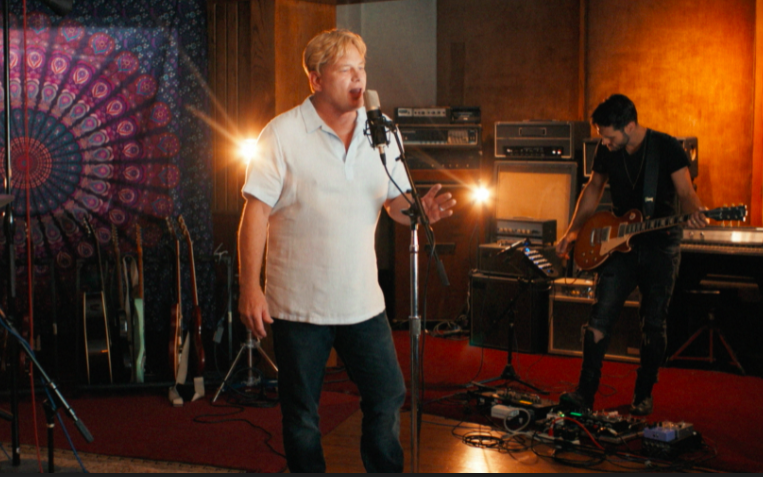 Nevada-based singer-songwriter CJ Ray is set to release his latest EP, For Each Other,  June 18th, just in time for Father’s Day. While pursuing his desire to inspire, CJ Ray, known as Granddude to his family, brings forth his collection of lyric-centered rock, pop and contemporary music. Inspired by the sounds of Train, Gavin DeGraw, Jack Johnson, John Mayer and Jason Mraz.

The EP boasts visceral and heartfelt performances by the songwriter and his band and was produced by Paul Fig (System of A Down, Alice In Chains, Slipknot) and Greg Karas (Andy Grammar’s MD.) The majority of the songs were written and recorded during the Covid-19 pandemic and the social issues surrounding that time. The songwriter explores themes that include how we care for one another, appreciating the past, desiring freedom, newness and rebirth.

Premiering exclusively today on ABS is CJ’s reimagining of Sarah McLachlan’s ‘90s hit “Sweet Surrender.” As someone who was once in a high school band with Rage Against the Machine’s Tom Morello, it comes as no surprise his rendition of the contemporary pop diva’s hit is imbued with heavier vocals and guitars. But it’s important to note that CJ handles with care the timeless melody, essence, and pure sound of the original.

“Sweet Surrender” is the third single to be released from For Each Other following “Death Valley” and “Today.”

As a songwriter, lyrics have always been crucial to me and when I hear a song with a powerful message, I just want to be wrapped up in it and become a part of the message. I hope my treatment of her song is received in the same way as I approached its making — with love, thankfulness and respect.

A son, husband, father and Granddude, family is at the forefront of CJ’s life.  “My granddaughter calls me Granddude, which I adore and I absolutely love being a dad to my kids,” he says. “I think having so many connections to others creates the ability for me to write music from numerous perspectives. I have been a kid, I have been in trouble, I have been a success and I have been a failure… I think the breadth of life allows one to interpret life from a perspective that can contain nuggets of wisdom and desire not to waste a word or a moment. I hope the listener feels that in my lyrics.”

Raised in a suburb north of Chicago, CJ started playing music at a young age at church and with friends from his middle school. His first venture was as a drummer in a four-member rock band that covered songs from bands like Led Zeppelin, Van Halen, and Bad Company — and for a short while, featured now-famous classmate Tom Morello on guitar and lead vocals.

This singer-songwriter is seeking to find the best avenue to share his songs of hope and grace as well as other emotional subjects of the heart, mind and soul. CJ wants his music to make his listeners find joy and peace in any circumstance they find themselves in. In the summer of 2020, CJ Ray released “24 and 8,” his emotional tribute to Kobe Bryant and his daughter, Gianna. Prior to that, he released a ten song LP, Be Where You Are, with the lead single, “Words,” appearing in the 2019 feature film High Strung Free Dance.