Exclusive Premiere Track: Korby Lenker’s Piedmont Style ‘Now I Once Thought That I Was Strong’ 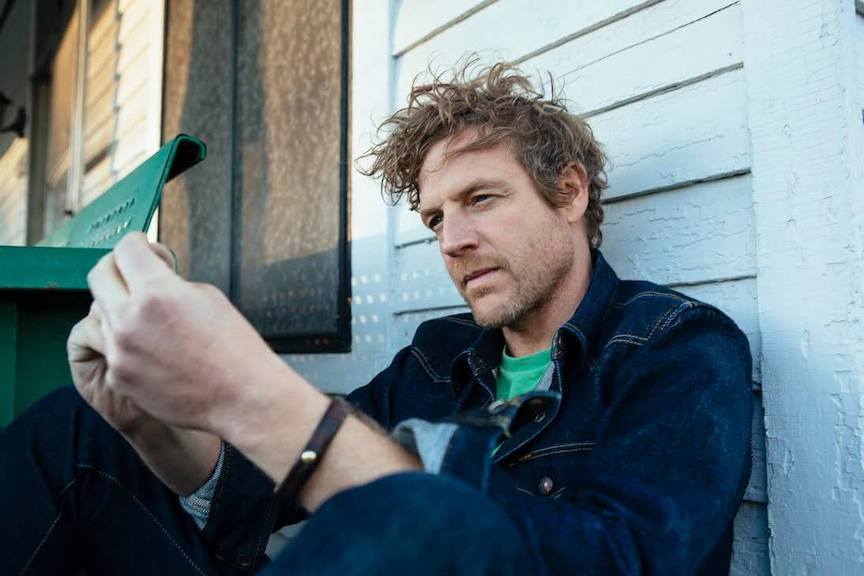 In March of 2020, Korby found himself marooned at home in East Nashville after his 150 show a year touring schedule ground to a halt. Man in the Maroon was recorded during the pandemic. Korby, unplugged, went on hiatus from the music industry and moved out west for the summer. It features the songwriter on the clawhammer banjo and Native American artist/Grammy Award-winning singer Bill Miller on vocals and Native American Flute.

From Man in the Maroon is today’s exclusive premiere of Korby’s “Now I Once Thought That I Was Strong.” Inspired by his grandfather and brother (both preachers), the songwriter stamps his own mark on the piedmont style of guitar playing both popularized and immortalized by Mississippi John Hurt.

I come from preacher blood. Grandpa was a preacher. Brother’s a preacher now. I grew up in it. Plenty about it I love to this day. Some not so much. But the songs. I love the songs. Those old hymns give me a feeling. I think that’s one of the best things about growing up in church, is singing the hymns. They go inside you, you know? “How Great Thou Art,” “The Old Rugged Cross” …  If you know you know.

I’m attracted to opposites in art. Bittersweet is good word for what I’m talking about — the most complicated and maybe the most delicious emotion a human can experience. Everything happy is a little bit sad, and vice versa. Because that’s how life is. When I Wrote “Now I Once Thought That I Was Strong,” I was thinking about what an actual journey of faith, or of self-growth, looks like. Sure there’s the new freedom, the new hope, all those old tropes. But it’s just as true that there’s a death, of the old self, of the old habit, whatever the thing is you’re walking away from. Letting go is still losing something. Maybe its for good reason. Maybe you feel a thousand percent better without it. But there’s always gonna be a part of you that misses that thing. If you know you know.

Lastly, musically speaking, I’m really fond of the Piedmont style of guitar playing made popular by Mississippi John Hurt. And that’s all over this track. Hallelujah.

Korby Lenker · Now I Once Thought That I Was Strong

Korby Lenker has released seven studio albums, toured nationally and internationally up to 200 dates a year, published a 2015 collection of short stories, Medium Hero, created and stars in a developing television series, Morse Code. He has won or been a finalist in several song contests, including Merlefest, New Song Contest, Kerrville, Rocky Mountain Folks Fest and the International Songwriting Competition.

In addition to a fruitful music career, Korby is also a published author of acclaimed fiction. His 2015 collection of short stories Medium Hero received critical praise of such varied sources as Steve Wozniak and Kirkus Reviews. Korby brings his into a knack for writing into a new medium with a live-reading of “Mose and Ella” a new original short story written for Korby’s patreons, but never published. “I put everything into it I felt about the oxymoron of being a creative person decades into it — how you have to be disciplined but spontaneous, whimsical but serious.”

Following the release of Man in the Maroon, Korby will play select dates and return to regular touring as soon as possible. He plans to continue to write new music, new fiction, and film new episodes of Morse Code throughout 2021.