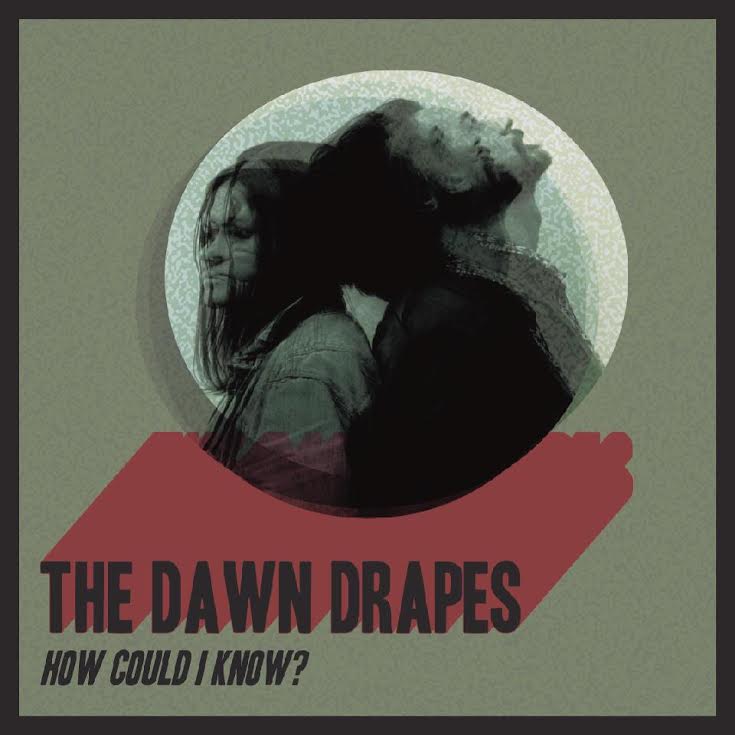 Indie rockers Michael Sanzo and Daniel Rice penned their first release as The Dawn Drapes in 2014. The pair’s roots, planted deep in American and British folk music, propel their songwriting. And musically the influence from the likes of Alex Chilton and The Jayhawks is delightfully evident.

With jangly hooks and ethereal harmonies, The Dawn Drapes deliver some of their most creative work to date with today’s premiere of “How Could I Know” — the opening riff calling to mind Television’s “Marquee Moon” just before the colossal sound of the keys and drums drops like a hammer.

Mike and Dan elaborate on the influences, backstory, and the personnel appearing on “How Could I Know.”

DAN: The first influence was definitely a white fender Jaguar in our friends’ Airpark living room. Second influence was a lot of red wine. They were letting us crash and I think they had gone to bed so I was trying to play quietly and these two chords just kept repeating in a kind of hypnotic, dreamy red wine state. The lyrics didn’t fully come to fruition until a little while after when Mike came up with the harmonic riff and that really gave some edge that informed a heavier feel.

MIKE: For me I just wanted it to rip and be huge. I’m not sure if there was an exact reference (that I had in my head, at least) that I was thinking about for any of my parts on the tune other than wanting everything to sound big. Of the four singles we have released over the last year, I think all four of us pictured this one as being released last, and so I think we all really tried to lay into this one. It’s pretty sick.

DAN: To me it’s about that day-to-day haze that I’m in. Definitely waking up alone on the road or at home or wherever. It’s also trying to find calm amidst personal anxiety; “Don’t make me fear the way I feel. What is this and what makes it real?” Kind of to say: don’t let it bother you too much, but that’s obviously way easier said than done. The pre-chorus is just meant to feel like losing control and hammer that home with the repeating of the title of the song.

MIKE: Dan and I tend to trade off on songwriting / lyric duties, so Dan can certainly tackle this one better from a lyric standpoint. To me though, this tune was always our closer for the tours we did throughout 2017-2019 and so I think it has a certain energy to it in my eyes. It’s like I get pumped no matter how many times I hear it cause it makes me feel like i’m onstage thinking “Alright, my boys, let’s absolutely destroy this one.” And then Keaton plays some banger of a fill and we’re off to the races.

DAN: The Dawn Drapes are Daniel Rice (guitar/vox), Mike Sanzo (keys/guitar/vox), Noah Skaroff (bass/vox), and Keaton Thandi (drums/percussion). We also had the pleasure and benefit of recording in our neighborhood so we had Ali Awan, Jordan Caiola, Kirby Sybert, and Shane Woods all sing on the chorus of this one! Such an honor, and it really came about serendipitously. Besides Shane, who had been engineering and producing all these sessions, the other guys were just looking to stop by and hang out so we put them to work and they added so much texture and power to all those parts.

MIKE: As Dan said we ended up just having a bunch of friends pop by the studio all at the same time and we were sort of like “Get in there and layer up some vocal parts.” It was cool because they’re all great singers who all have very unique vocal qualities to bring to the table. Probably should have had Jordan sit it out; he has a way better voice than the rest of us. My boy was making us look like chumps.

Connect with The Dawn Drapes: