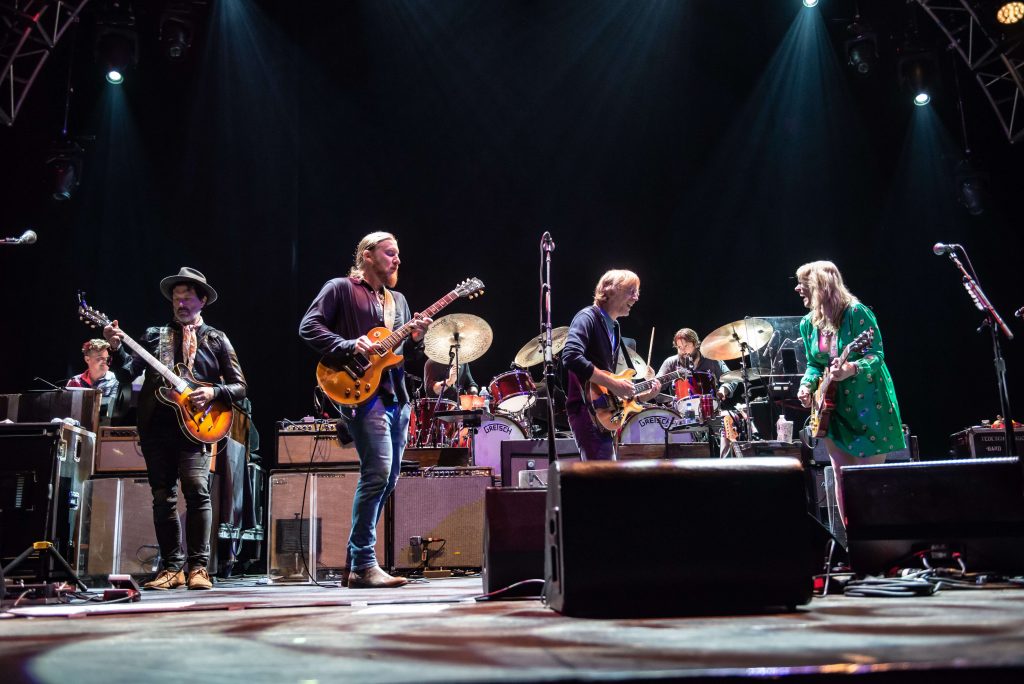 On July 16, Fantasy Records will release Tedeschi Trucks Band’s Layla Revisited (Live At LOCKN’), a one-off live recording of the seminal Derek & The Dominos album Layla and Other Assorted Love Songs, performed in its entirety with special guest Trey Anastasio. Recorded on August 24, 2019 at the LOCKN’ Festival in Arrington, VA, Layla Revisited captures Tedeschi Trucks Band at their incendiary best, with Anastasio proving the perfect foil to the transcendent musical union of guitarist Derek Trucks and guitarist/vocalist Susan Tedeschi, and frequent TTB collaborator Doyle Bramhall II, further supporting a live experience that, in the words of Uproxx’s Steven Hyden, provides “life-affirming shelter from the soul-destroying storm.” 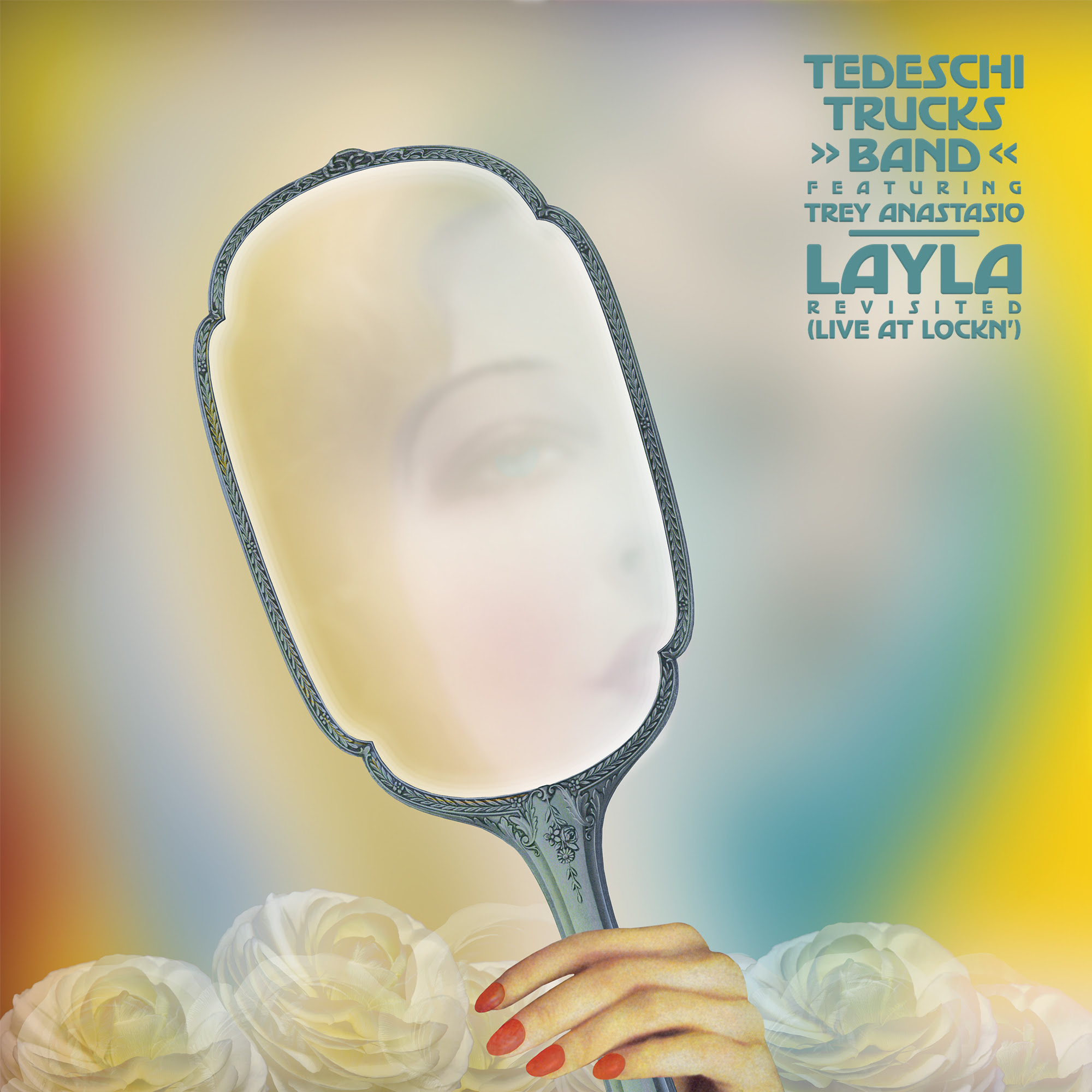 The performance of Layla came as a complete surprise to fans lucky enough to be in attendance at LOCKN’ that evening. Initially billed only as “Tedeschi Trucks Band featuring Trey Anastasio,” the artists made no mention of the set of music they diligently rehearsed and planned ahead of time. But the links between the band and the album are deeply woven into the fabric of their existence. Propelled by two of the twentieth century’s greatest guitarists, Eric Clapton and Duane Allman, Layla and Other Assorted Love Songs was serendipitously released on November 9, 1970, the very day of Susan Tedeschi’s birth. Later, Chris and Debbie Trucks were such fans of the album that they were inspired to name their firstborn son Derek. Decades later, Trucks would enjoy a fifteen-year tenure as a member of The Allman Brothers Band, and tour extensively with Clapton. Such is the depth of connection between the music and the performers that this album feels almost preordained.

“By the time that I started playing guitar, the sound of Duane Allman’s slide was almost an obsession,” says Derek Trucks about Layla. “His playing on Layla is still one of the high-water marks for me. The spirit, the joy, the recklessness, and the inevitability of it. My dad would play that record for me and my brother to fall asleep to and further sear it into my DNA.”

These cosmic coincidences all align on Layla Revisited as Tedeschi Trucks Band give fans an invigorated, inventive take on beloved classics from “I Looked Away” and “Bell Bottom Blues,” to the album’s iconic title track. For the live festival concert the band ended with “Layla” and decided to play the original version of the album closer over the PA system as walk-out music. To complete this release Layla Revisited concludes with a history-making moment of its own, as Derek and Susan deliver a studio version of “Thorn Tree In The Garden,” for the first time ever as a duo with no additional accompaniment.

Inspired by the creative chemistry of The Fireside Sessions, the intimate at-home performance series on nugs.net, Tedeschi Trucks are gearing up to hit the road for some limited capacity shows as part of their Fireside LIVE tour. The shows will be the first fully live public performances for the ensemble since February 2020, and come on the heels of the recent postponement of their annual summer Wheels of Soul Tour to next year (2022). As circumstances currently prevent the 12-piece ensemble from touring safely, the group returns in a new form, billed as Tedeschi Trucks as a nod to their band members back at home. With 4-8 band members slated to appear at socially-distant, limited-capacity venues, these special shows are long-awaited by band and fans alike. Venues will include a mix of small or reduced-capacity outdoor amphitheaters, drive-ins, and pod set-ups, all of which are COVID-19 compliant and will take precautions to ensure the safety of fans, staff, band and crew.